NHL coach suspended following allegations of violence against a player 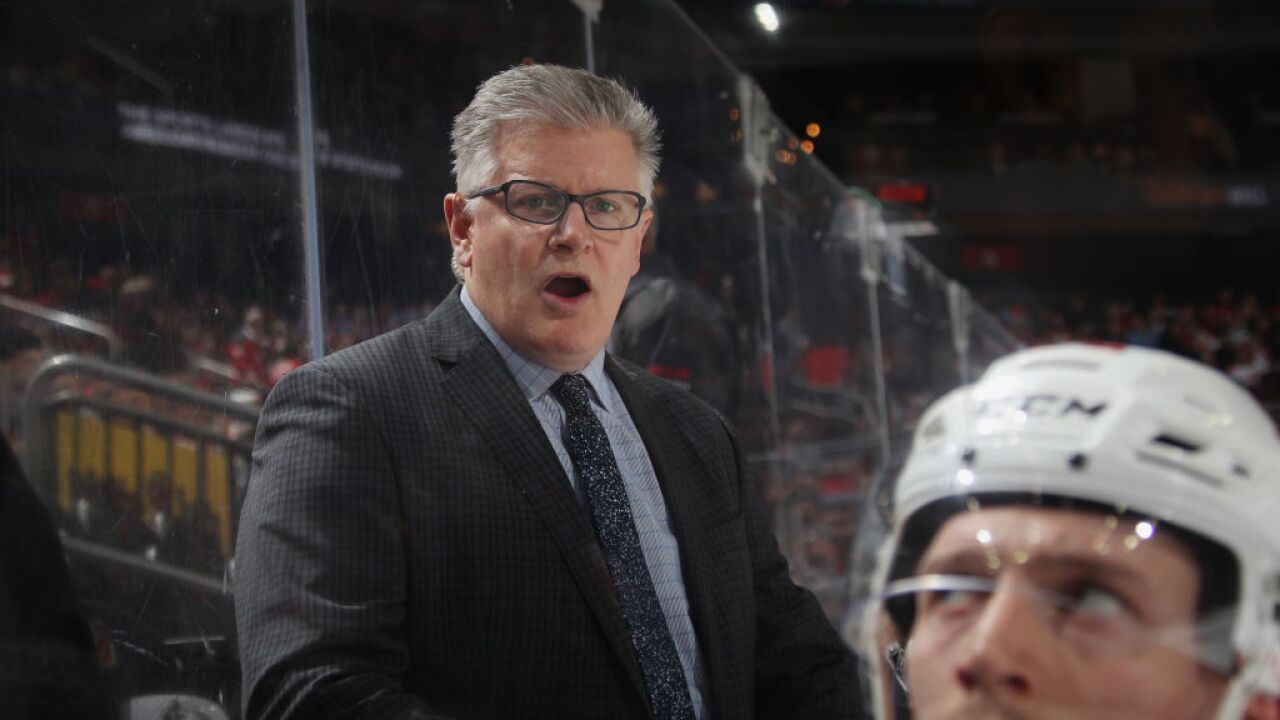 Chicago Blackhawks assistant coach Marc Crawford has been suspended by the organization on Monday, one day after a former player under Crawford accused the coach of kicking him during a game.

According to an interview with the New York Post , Sean Avery claimed that Crawford kicked him during a game when Crawford was the head coach for the Los Angeles Kings during the 2006-07 season.

It was later that season Avery was traded to the New York Rangers.

“He kicked me after a too-many-men-on-the-ice call I took,” Avery told the New York Post. “He didn’t have me serve it, we got scored on, and he let me have it.

“You know how I stand at the end of the bench? He came down and gave me an ass kick that left a mark.”

Last year, Brent Sopel, who played under Crawford in 1999, claimed in a podcast that he was also kicked by Crawford.

Last week, Patrick O’Sullivan, a teammate of Avery’s in Los Angeles, tweeted that he received abuse from his first NHL coach. Although O’Sullivan did not name Crawford directly, his first NHL head coach was Crawford.

“Abuse of power has no place in hockey or in anything else,” O’Sullivan tweeted. “As someone who went through awful things with my first NHL coach who knew my abuse back ground as a child I hope they all get what’s coming to them and I hope it happens fast.”

The Blackhawks released a statement on Monday.

“The Chicago Blackhawks will be conducting a thorough review of assistant coach Marc Crawford based on the recent allegations that have been made regarding his conduct with another organization,” the statement read. “Marc Crawford will be away from the team during this time and the organization will have no further comment until completion of the review.”

The Blackhawks play the St. Louis Blues on Monday evening.

During his 12-year NHL career, Avery was noted for having an acrimonious relationship with opponents, and sometimes his teammates.

While with the Kings, Avery was accused of mocking teammate Dustin Brown for speaking with a lisp.

The next season as a member of the Dallas Stars, Avery made vulgar comments directed toward two other NHL players who were dating ex-girlfriends of his.

Crawford has been apart of a serious allegation in the past when Crawford coached the Canucks.

Crawford was a party to a lawsuit stemming from a 2004 on-ice incident involving Vancouver Canucks forward Todd Bertuzzi and Colorado Avalanche forward Steve Moore, according to TSN . Bertuzzi was criminally charged for a violent incident which ended Moore’s career.

Bertuzzi claimed in court that Crawford said before the incident that Moore needed to “pay the price” for a previous incident involving Moore and the Canucks, according to ESPN . Crawford and the Canucks organization denied the allegations.