School bus crashes into side of building in Indianapolis, no injuries reported 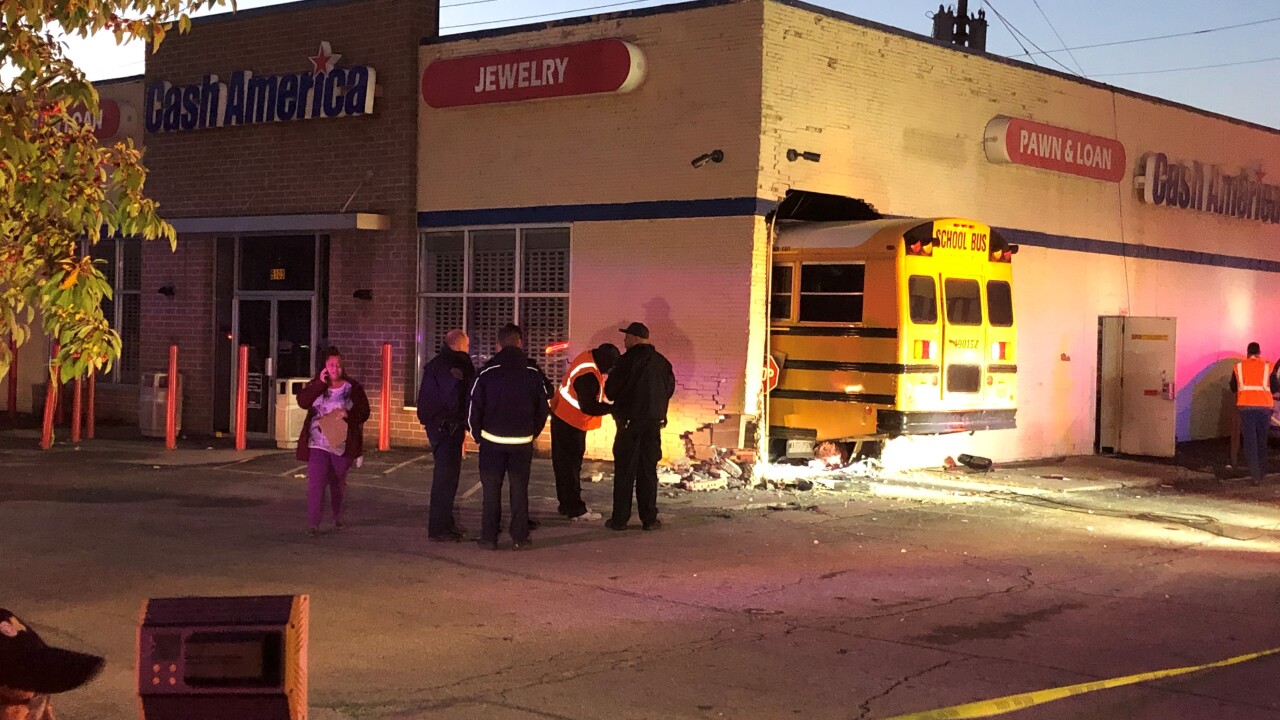 INDIANAPOLIS — A school bus crashed into a building on Indianapolis' east side Tuesday morning.

According to a report from the Indianapolis Metropolitan Police Department, the crash happened around 6:51 a.m. when a bus crashed into a Cash America building at East 16th Street and Emerson Avenue.

According to Indianapolis Public Schools, 23 students were aboard the bus at the time of the crash. No injuries were reported, and all the students were released to their parents.

The bus was operated by Durham Transportation.

More on this as it develops.

This story was originally published by Bob Blake on WRTV in Indianapolis.