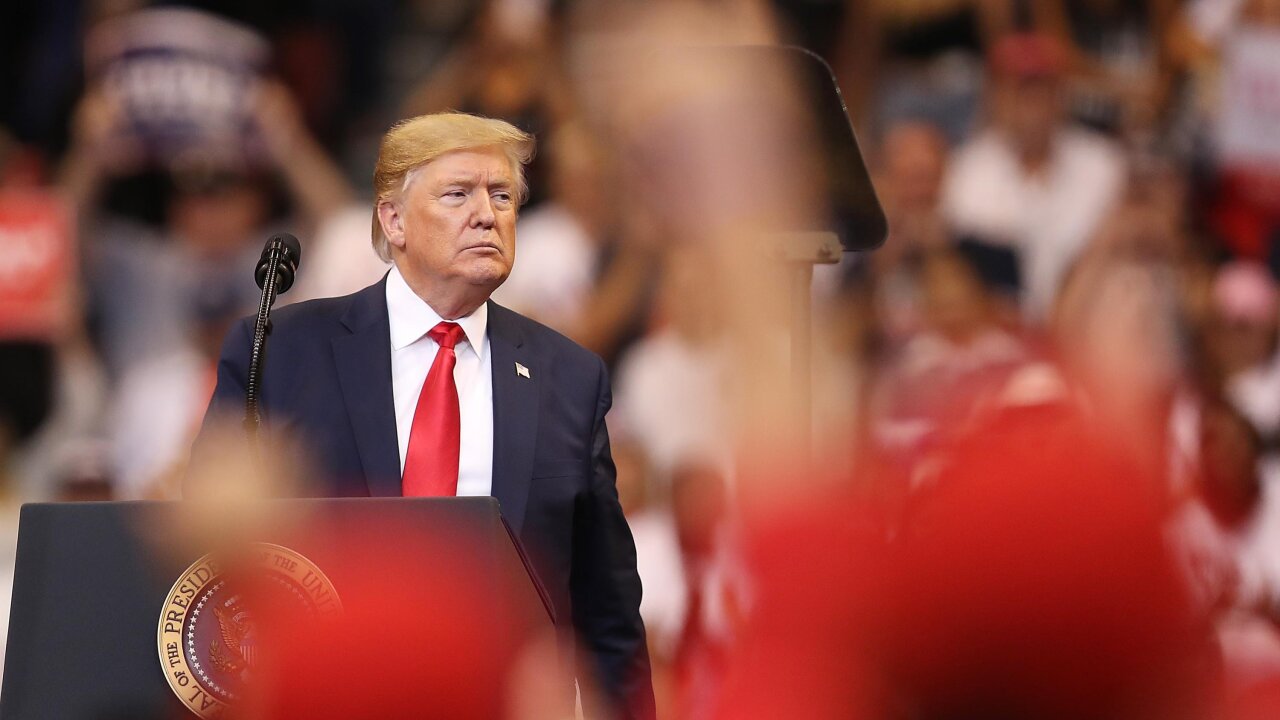 WASHINGTON – President Trump's 2020 campaign announced Monday that it will no longer credential Bloomberg News reporters for its events after the outlet said it would not conduct investigations into the Democratic presidential candidates, but would continue to probe the Trump administration.

"The decision by Bloomberg News to formalize preferential reporting policies is troubling and wrong," Brad Parscale, Trump's 2020 campaign manager, said in a statement.

The outlet has long avoided probing its owner and said it would continue to do so as he seeks the nomination. To level the playing field, Bloomberg News said it would also not investigate the other Democratic presidential candidates.

But, the outlet said it would continue to investigate the Trump administration "as the government of the day." That decision prompted the protest from the Trump campaign on Monday.

"Bloomberg News has declared that they won't investigate their boss or his Democrat competitors, many of whom are current holders of high office, but will continue critical reporting on President Trump," Parscale said. "Since they have declared their bias openly, the Trump campaign will no longer credential representatives of Bloomberg News for rallies or other campaign events.

Parscale said the Trump campaign will "determine whether to engage with individual reporters or answer inquiries from Bloomberg News on a case-by-case basis."

"That will remain the policy of the Trump campaign until Bloomberg News publicly rescinds its decision," Parscale said.

Bloomberg News White House reporters regularly travel on Air Force One with the President. Tim Murtaugh, a spokesperson for the Trump campaign, said a solution would soon be decided on to address instances in which a Bloomberg News reporter might arrive at a campaign rally on Air Force One.

In a statement, Bloomberg Editor-In-Chief John Micklethwait said the accusation of bias "couldn't be further from the truth."

"We have covered Donald Trump fairly and in an unbiased way since he became a candidate in 2015 and will continue to do so despite the restrictions imposed by the Trump campaign," Micklethwait said.

Micklethwait previously said that if Bloomberg were to be selected as the Democratic presidential nominee, the outlet would "reassess" its policies.

Internally, Bloomberg News reporters have been torn about how their outlet is handling the fact that its owner is running for president.

Some Bloomberg News reporters have expressed optimism to CNN Business. Others have said they're concerned.