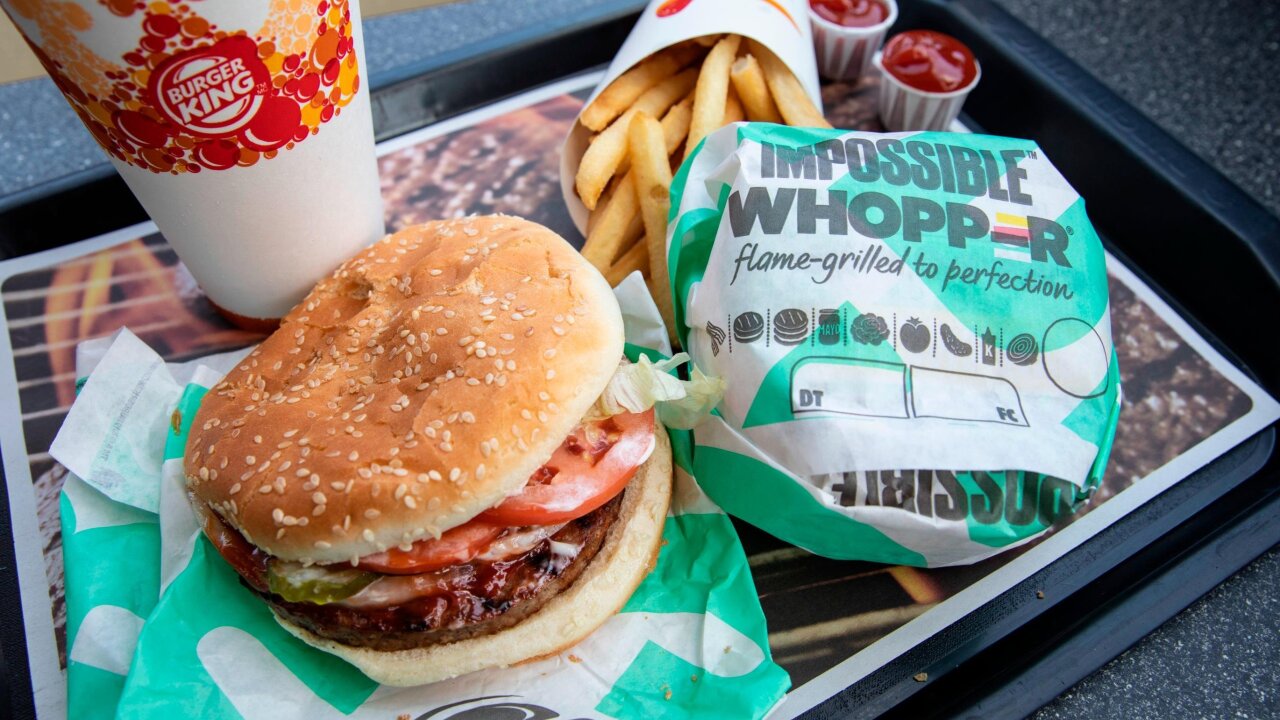 A man is suing Burger King because the meatless Impossible Whopper is cooked on the same grill as meat products, the lawsuit alleges.

The class action lawsuit, filed Monday in the Southern District of Florida, claims that although the burger chain advertises its vegan option as meat-free, it is contaminated by meat by-product because it's cooked on the same grill as meat products.

The suit accuses Burger King of false advertising and benefiting monetarily from offering a vegan option that is not in fact vegan.

Burger King declined to comment to several media outlets. CNN's sister network HLN has reached out to Burger King for a response to the allegations in the lawsuit but has not yet heard back.

"For guests looking for a meat-free option, a non-broiler method of preparation is available upon request," the site notes.

Phillip Williams, the plaintiff in the case, is a vegan who does not eat or drink anything that uses animal by-products.

He purchased an Impossible Whopper at a location in Atlanta in August after seeing advertisements and paid "premium price" for the meatless option, according to the lawsuit.

The lawsuit alleges that if he had known the burger would be cooked in such a manner, he would have not purchased it.

The Burger King that Williams visited did not have signage at the drive-thru indicating that the plant-based burger would be cooked on the same grill as meat, the suit says.

Williams "suffered monetary damages in the amount that he paid to purchase" the Impossible Whopper, according to the suit.

The lawsuit indicates that several other consumers have made similar complaints online about the chain's practice surrounding the sale of the Impossible Whopper.

The Impossible Whopper has been deemed a huge success for Burger King, fueling its best quarter in four years , according to Restaurant Bands ( QSR ).