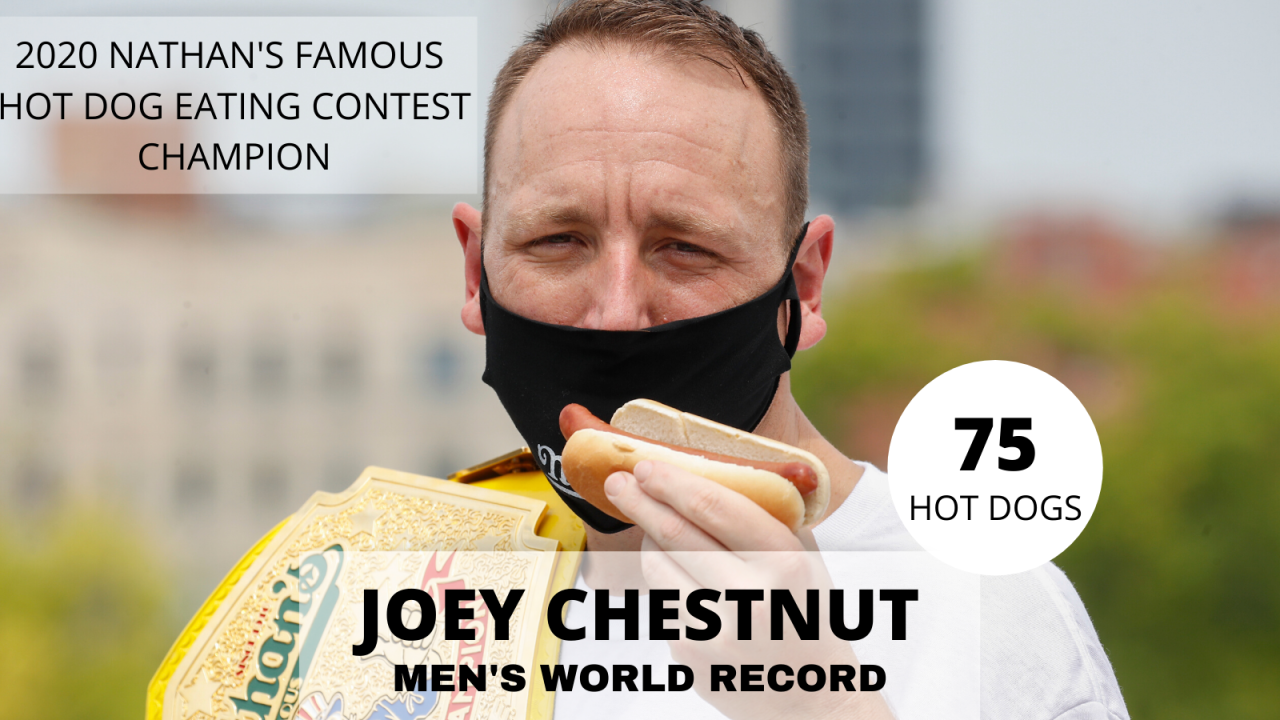 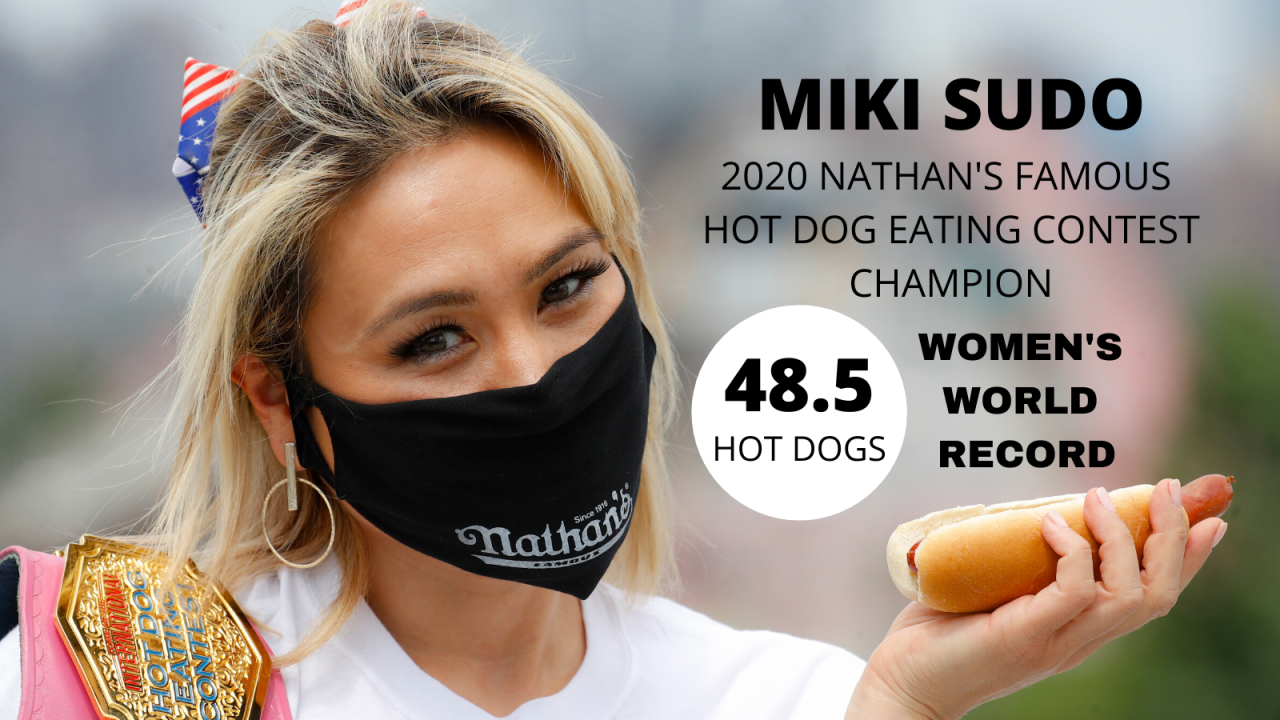 The Nathan’s Famous Hot Dog Eating Contest had a different look and smaller field on Saturday. Instead of being held outside in front of thousands of screaming spectators, it was conducted inside with a limited number of officials. The field was also much smaller as travel restrictions kept some competitive eaters away from the venue.

But present were the two reigning champions who have dominated the contest in recent years, and they did not disappoint.

Joey Chestnut won his 14th Nathan’s Hot Dog Eating Contest in the last 15 years by consuming 75 hot dogs, marking a world record. The only competitor in the last 15 years to beat Chestnut, Matt Stonie, was among those unable to compete due to New York’s travel restrictions.

Chestnut also became the first competitor to consume 1,000 hot dogs over the lifespan of the annual Fourth of July contest.