BILLINGS- Methamphetamine is the second most common illegal drug being distributed in large quantities into Montana, with marijuana being the first. It comes by way of the interstate system and directly from Mexican drug cartels.

“They are making it in super labs,” said Lt. Brandon Wooley with the Billings Police Department. “So you are getting high purities 98%, 99%  pure meth.”

Montana communities are seeing the impacts of the drug trade first-hand, leaving local law enforcement left to deal with an increase in crimes associated with meth.

It’s something the city of Billings and law enforcement know all too well.

For over two years, Wooley served as commander of the Eastern Montana High-Intensity Drug Task Force, or HIDTA, working undercover and in sometimes less than ideal conditions, to gain information that could dismantle and take down drug organizations coming into Montana.

Today, he’s moved on from that position and is able to speak candidly and openly about the drug scene in Billings.

Billings serves as the host agency for HIDTA, but it’s a multi-jurisdictional task force composed of local officers from city, county and federal organizations such as the FBI, Drug Enforcement Administration, Bureau of Alcohol, Tobacco and Firearms and Homeland Security. The task force is federally funded through grants from the Office of National Drug Control Policy. 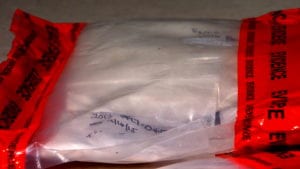 The drug scene in Montana has significantly changed. Years ago, meth was manufactured in homes but state laws cracked down on homegrown labs and awareness about the drug was highly publicized with the Montana Meth Project.

“The old way, was you go to WalMart and get everything you need,” said Wooley. “The chemical compounds that they make and that they use south of the border are still very similar but maybe a little bit more sophisticated.”

Now the supply comes directly from Mexico and drug cartels who see an increasing demand for meth in northern states like Montana.

“The best way to think of the drug problem and after my years over at the task force, it really is pretty simple and it’s based off of a business model. It’s supply and demand,” said Wooley.

In Billings, drug seizures exceed any other city in Montana.

“Our geographical location,” said Wooley. “Billings has always had a pretty healthy appetite for meth.” 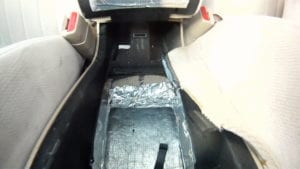 Traffickers have gotten incredibly creative in finding new ways to avert law enforcement and drug-sniffing K-9s by retrofitting drug cars. Wooley revealed to MTN, the way traffickers do it, by creating closed-off compartments in an ordinary vehicle, as a way to hide drugs.

At a Billings towing yard, he points out what looks like an ordinary passenger car, except that’s it not.

“During a search, our guys are looking for anomalies, things that are unusual,” he said. “The first thing that kind of popped out in this situation was a trunk release switch underneath the seat padding, that’s not normally there.”

Wooley unveils a yellow button tucked under the driver’s side seat.

He says that trafficker has started to manufacture a combination of multiple switches only activated in sequence to trigger a drug compartment to open.

In this same vehicle, a drug trafficker would press that yellow driver’s side seat switch, followed by a variety of other knob turns or switches such as a heater gauge or windshield wiper to get the secret drug compartment to open.

“If this vehicle was pulled over and there is a roadside search, if an officer is going through quickly, not taking his time, he would probably likely miss this,” said Wooley.

The drugs were then hidden in the cavity of the car under the seats, extending from the dash all the way to the trunk, enough room to get several pounds of drugs hidden and transported for miles.

Task force officers are also learning that vehicles with aftermarket switches and compartments are also being used to cross the border into Mexico and come back up to Montana, likely several times. 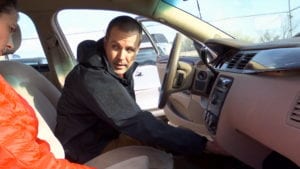 Wooley said law enforcement is seeing actual Mexican drug cartel presence in communities like Billings, because the distribution pipeline has shortened, cutting out a middle man and allowing for more profits for distributors.

However, along with that, comes the crime.

And Wooley says the drugs are not immune to any one area or a specific type of person, changing much about what the ordinary person believes to be true about meth.

“We’ve done cases on people from all walks of life that have been former politicians, lawyers, doctors you name it, all the way down to somebody that hasn’t graduated school,” he said.

Montana’s law enforcement and specifically Billings police know they have their work cut out for them in terms of the meth epidemic. Still, Wooley believes you can’t attack the problem from one side.

“We aren’t going to arrest our way out of the problem, but at the same time we have got to realize some of law enforcement’s limitations,” he said. “The community needs to obviously have some more resources and we need to come at it at a few different angles.”

In the next part of this series, MTN takes an in-depth look at why so many people get addicted to meth in the first place, talking to a woman who for many years, was addicted to meth, who sheds light on the how controlling the drug is.