Rebuilding After the Blast: A look back at downtown Bozeman’s worst disaster

This is the first part of a four-part series marking the 10th anniversary of the worst disaster to ever strike downtown Bozeman.

A gas explosion killed one woman, flattened three buildings and rendered four others unsafe.  The calamity came with no warning.

“I was getting ready to go to work,” said Len Albright of the American Legion Post.

“That morning was just an ordinary morning for us,” said Steve White. White was chairman of the Gallatin County Commission. “We were getting ready to start an office meeting.”

Lots of meetings were about to get underway.

“We had a crew that was working out of our Three Forks shop, and I was out there for a safety meeting that morning,” said Pat Patterson with NorthWestern Energy.

Kids, like Chris Naumann’s young son, were heading to school. “Got him out the door and he was walking down the street to Irving,” said Naumann.

It was a day kids could love, “it was a very snowy day that day,” said former mayor Jeff Krauss.

“Everybody had a slow start that day,” said Krauss.

A slow start that in time would prove to be life-saving.

“In the Law and Justice Center we felt the blast, as many people did around Bozeman,” said former Bozeman Police Captain Mark Lachapelle.

Even after the blast, most people were struggling to comprehend what was happening.

Albright said he saw a plume of smoke as he was coming over the hill near Bozeman Deaconess Hospital and was trying to get his bearings.

Just west of the blast, White had an incredibly unique vantage point.

“I just happened to be looking straight out the windows just at the time of the explosion,” he said. White didn’t know what he was seeing. 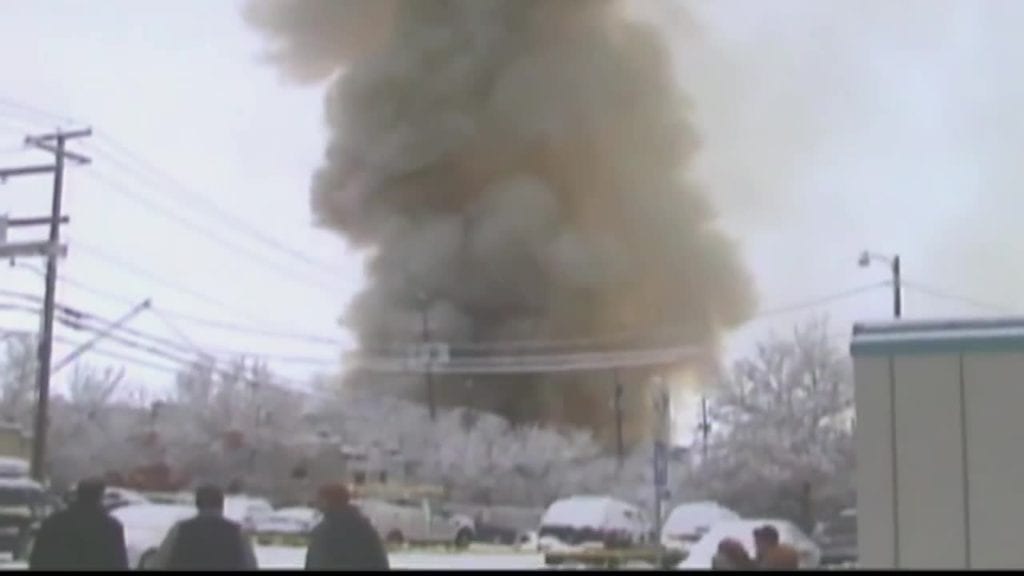 “I thought that it was maybe something with a propane tank at the new parking lot that they were building,” White said.

Over at the Fire Station on 19th, Johnson was also confused. “It didn’t come over our radios or our pagers,” he said.

A fire captain downtown heard the blast and made a phone call to the station, “and said ‘hey, we have some type of blast, you want to start heading this way,’” said Johnson.

Johnson and his crew were heading to Bozeman’s biggest disaster ever with little information and no idea of what was ahead.

“I remember turning on Main Street and heading down,” said Johnson. It was then that he began to understand what was going on.

“The smoke rising and everything, and that’s when we were trying to put it all together,” Johnson said.

Just then, life had changed forever in Downtown Bozeman.

In Part Two, we learn what people saw, heard and experienced in the minutes and hours after that huge explosion ripped through the heart of Bozeman’s downtown.

–John Sherer reporting for MTN News
Copyright 2023 Scripps Media, Inc. All rights reserved. This material may not be published, broadcast, rewritten, or redistributed.