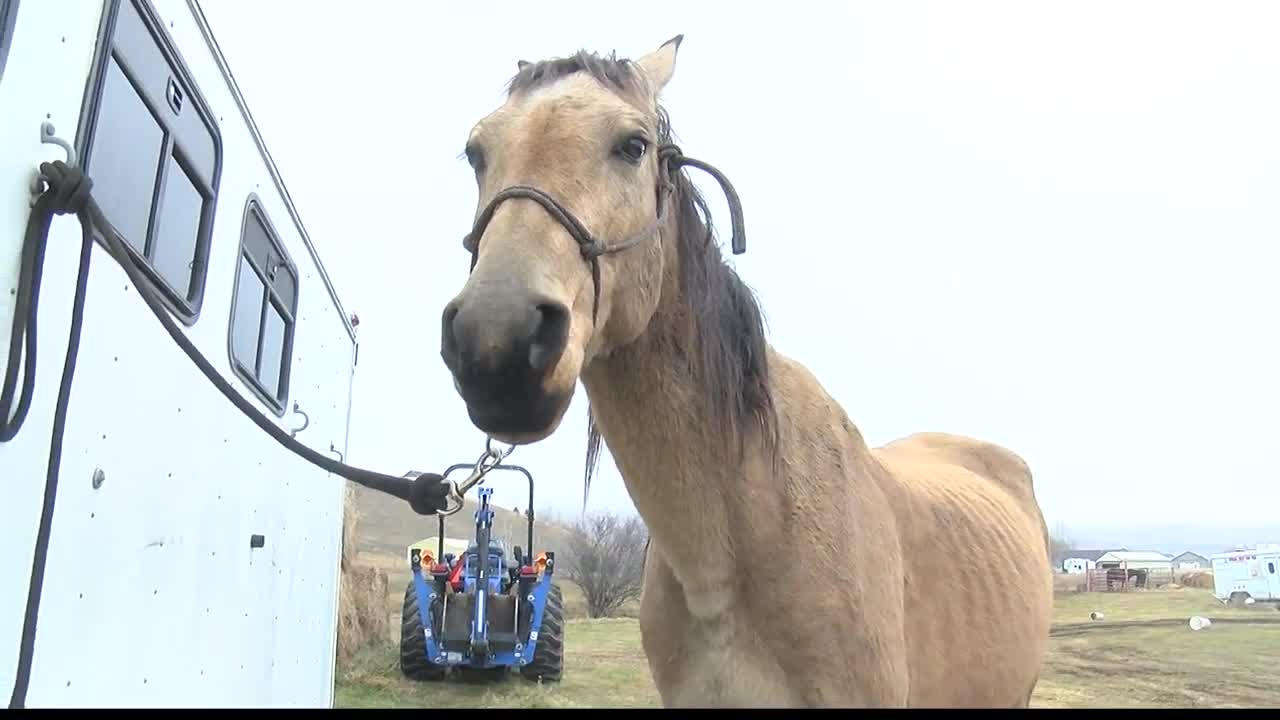 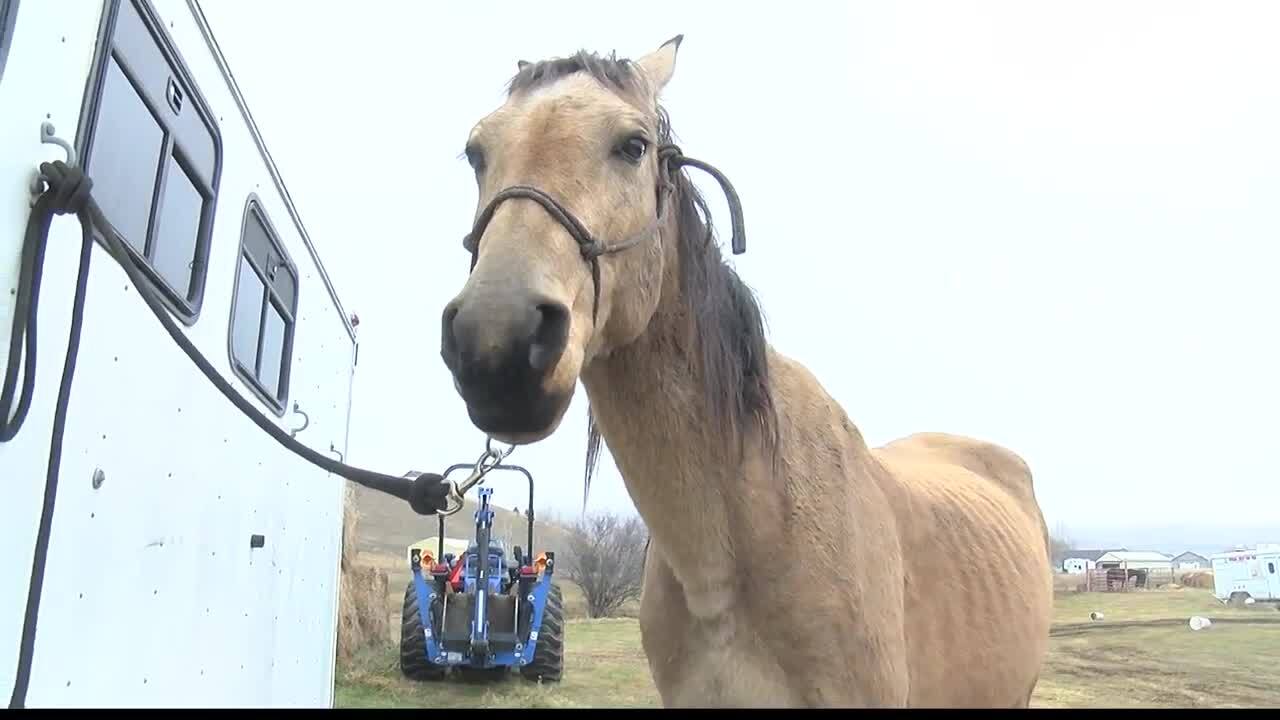 MISSOULA — While beautiful, the Montana wilderness is vast and often unforgiving which is why backcountry hunters often use horses and mules to pack in.

Here's the tale of a lucky horse who had to find his own way out.

A bit skinny and with a few battle scars -- but mostly unscathed -- Marshall seems quite happy to be munching away on his hay. But not too long ago, he found himself on his own, lost in the Pioneer Mountains.

Back in mid-September Marshall started off with his owner Tom Moua and a friend, trekking deep into the wilderness for a hunting trip. Once they got to their camping spot they tied Marshall and another horse tightly to a tree and headed out to hunt. The trouble started when they got back.

“Something was off. We got there, and we had one black horse and a set of bridles and a halter hanging from a tree with no horse,” Moua recalled.

“We immediately freaked. Did someone steal him or did a bear or something come by and spook him? But, after looking at the ground everything looked fine. They hadn’t been digging or anything. The tracks were just standing still.”

So, the search for Marshall began and after hours of looking Moua says he came across Marshall in a meadow. But as it turned out, Marshall wasn't quite ready to be caught.

“He was just not having us. We tried to catch him and then something spooked him when I was trying to catch him, and he just took off and just kind of disappeared,” Moua said.

Moua and his friend spent three days searching for Marshall before they had to leave. Moua even came back several times, but still nothing. So, they put up fliers and spread the word, hoping against all odds they would find him.

“I thought for sure that a bear or wolf may have gotten him or he might have fallen off a cliff,” Moua said.

Remarkably, Marshall was still alive and nearly two months later found his way back to camp where another hunter was staying.

“He said he went up there to go hunt with his buddies and they got up there and they thought other people were in there and come to find out there was no one,” Moua said. There was just Marshall, just feeding and cutting all these tracks in the meadow.”

This time Marshall was ready to go home, and his family was beyond happy to welcome him.

“[He is] pretty skinny right now but we are fattening him up. It’s a free for all. We are just letting him eat whatever he wants,” Moua said.

Marshall's owners add that they hope he takes time to think about the ordeal during his long winter vacation in hopes it won't happen again next year.