STEVENSVILLE – A Stevensville area house is a total loss after it burned down Wednesday night.

The blaze broke out northeast of Stevensville near the airport.

Olson says crews were dispatched to a fully involved fire around 10 p.m. after the owners reported the blaze.

Several area fire districts responded to the scene including a dozen engines, and almost 30 firefighters.

Olson says no injuries have been reported and adds that the cause of the fire is under investigation. 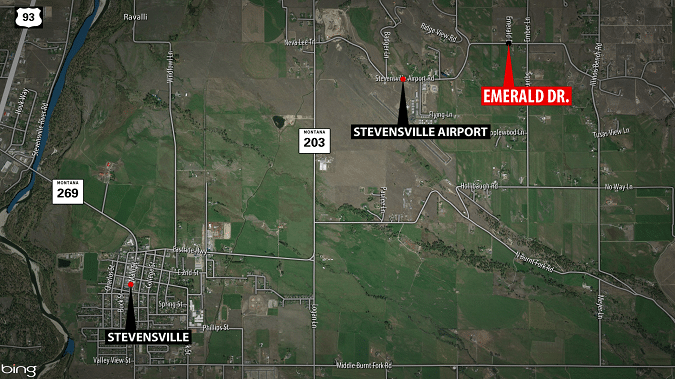