DARBY – The search for 46-year-old Dave Norton of Darby is still underway.

Darby Marshal Larry Rose told MTN News on Friday that the number of sightings since he went missing has more than doubled.

Norton was reported missing on February 14 by his employer. Rose says all of the sightings describe Norton heading south towards Lost Trail riding his green Mountain Bike.

Norton is a white male who has brown eyes, gray hair, and a full tattoo sleeve on his left arm.

Darby police were in the air with a helicopter searching the area where he was said to have gone missing but found nothing.

Rose says it is possible Norton was picked up and is traveling southbound out of state. As a result, the search has expanded nationwide. 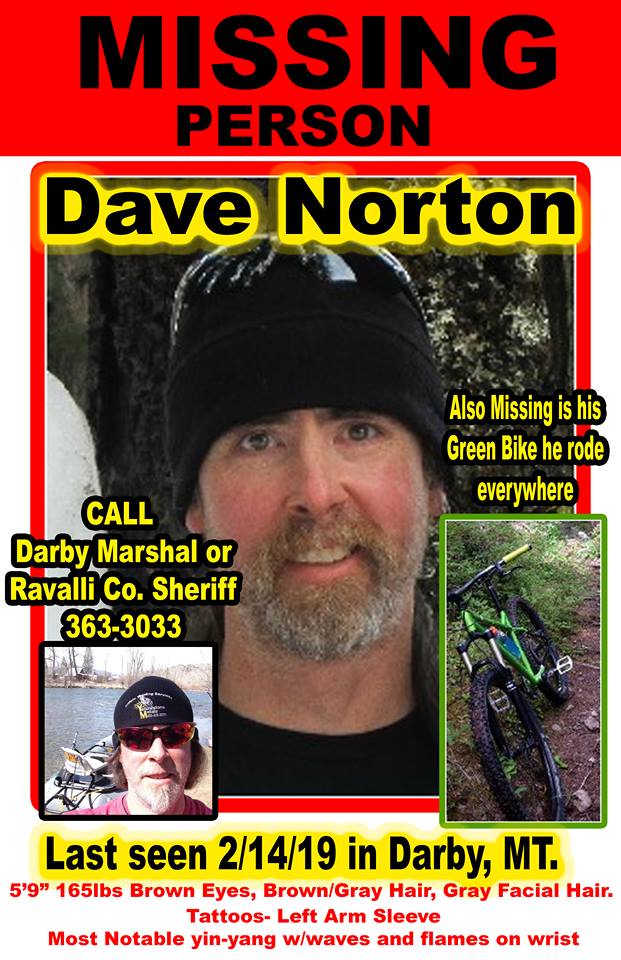