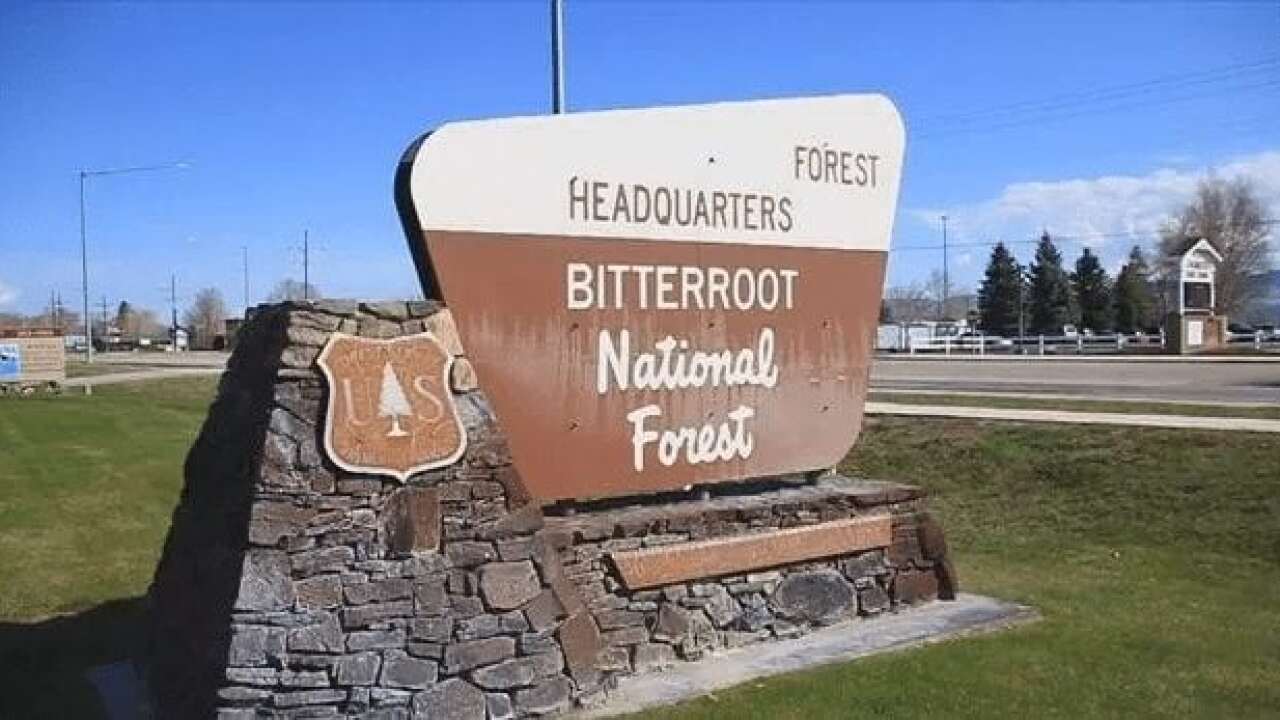 HAMILTON — In a press release, the Forest Service announced that fire danger on the Bitterroot National Forest has returned to “Very High” on Monday, after being lowered last week.

“Even though we are experiencing cooler nights and mornings, conditions are extremely dry right now across the forest,” said Mark Wilson, Fire Management Officer. “Our overnight relative humidity recoveries are as low as 15% and during the day are dropping to extreme RH levels around 5%. Recent frost has also killed a lot of vegetation adding even more fuel to the already dead, dry fuels. If conditions continue to dry and deteriorate, we may reach extreme fire danger (highest level) by the end of the week.”

Smoke conditions are also making it difficult for fire lookouts to see new fires, and aviation resources may be limited due to poor visibility.

Air quality in Hamilton is listed as ‘Unhealthy’ on Monday.

There are currently two active wildfires burning in the forest, the 12 Mile fire is located in the Lost Horse drainage on the Darby Ranger District.

It is estimated at 25 acres and is burning in extremely steep, inaccessible terrain. Fire growth continues to be from individual tree torching, spotting and rolling debris in the very steep terrain which limits effectiveness of constructed fire lines. Helicopters with water bucket drops are being utilized to check fire spread to the south. See attached photo from the weekend.

The Sweathouse 2 Fire is burning in the Bitterroot Mountains west of Florence. It is estimated at ¼ acre and has not grown or been visible in several days.

Fire managers are asking hunters and other outdoor enthusiasts, to make sure all campfires are completely out prior to leaving.

When fire danger is “Very High” fires will start from many causes. The fires will spread rapidly and have a quick increase in intensity, right after ignition. Small fires can quickly become large fires and exhibit extreme fire intensity, such as long-distance spotting and fire whirls.

According to the Forest Service, there have been 47 wildfires on the forest this summer; 14 human caused and 33 lightning fires.