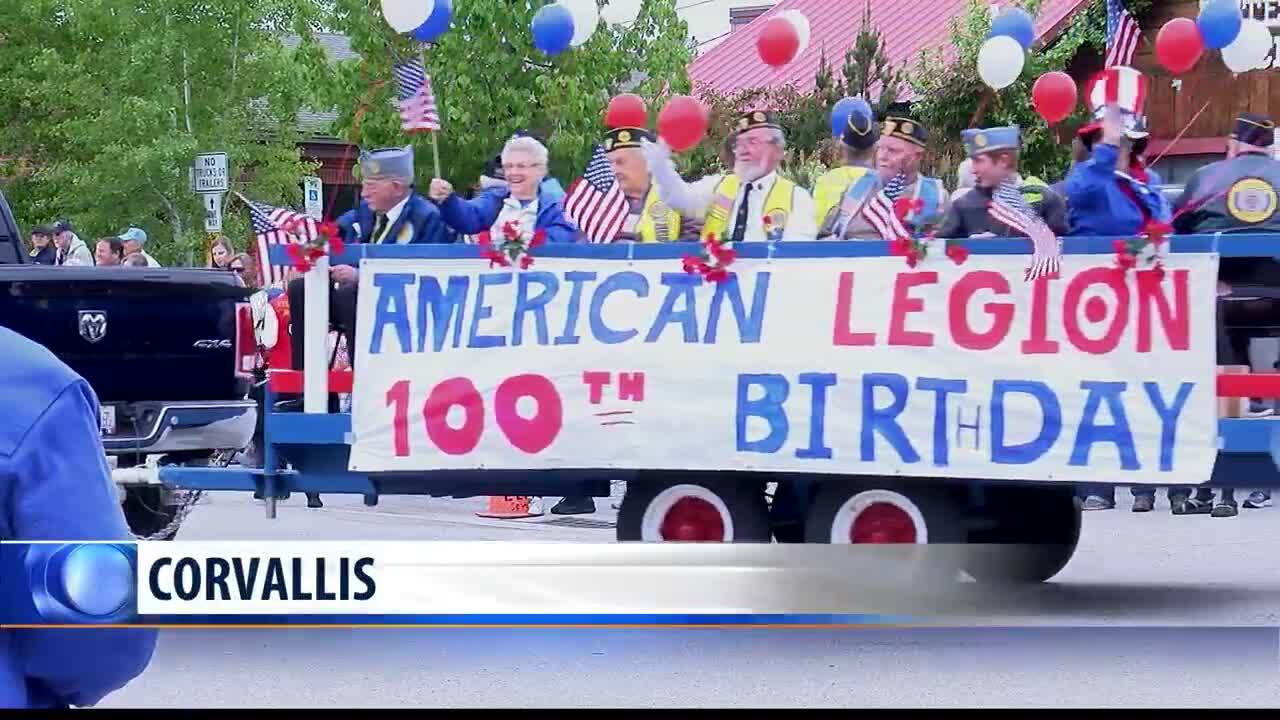 CORVALLIS — The COVID-19 pandemic won't stop the annual Corvallis Day Memorial Day parade at the end of the month.

But the highly-charged political environment right now is prompting parade organizers to go back to basics, while still honoring the advice for social distancing.

The parade through Corvallis is one of the longest-running in the state, started to honor veterans, and especially those who had lost their lives in the just-concluded First World War.

Since then, thousands of soldiers, cowboys, politicians and kids have been part of the commemoration every year. But this year's parade is going to be different.

First off, the Corvallis American Legion Post #91 and Auxiliary Unit #91 have decided this 100th annual parade will go back to the beginning, with only the American Legion Honor Guard marching.

Organizers felt because of the "toxic political climate", they wanted to keep the focus on the true meaning of the day, honoring those fallen soldiers. Secondly, the Legion is making it possible for people to "social distance", by watching the parade live on Facebook.

Following the brief parade at 10 a.m., Post members will gather at the Corvallis Cemetery at noon to name all the veterans buried there, going back to the Mexican War of 1848.

They will then throw a wreath off the Woodside Bridge to honor those lost at sea. The public is welcome to attend.