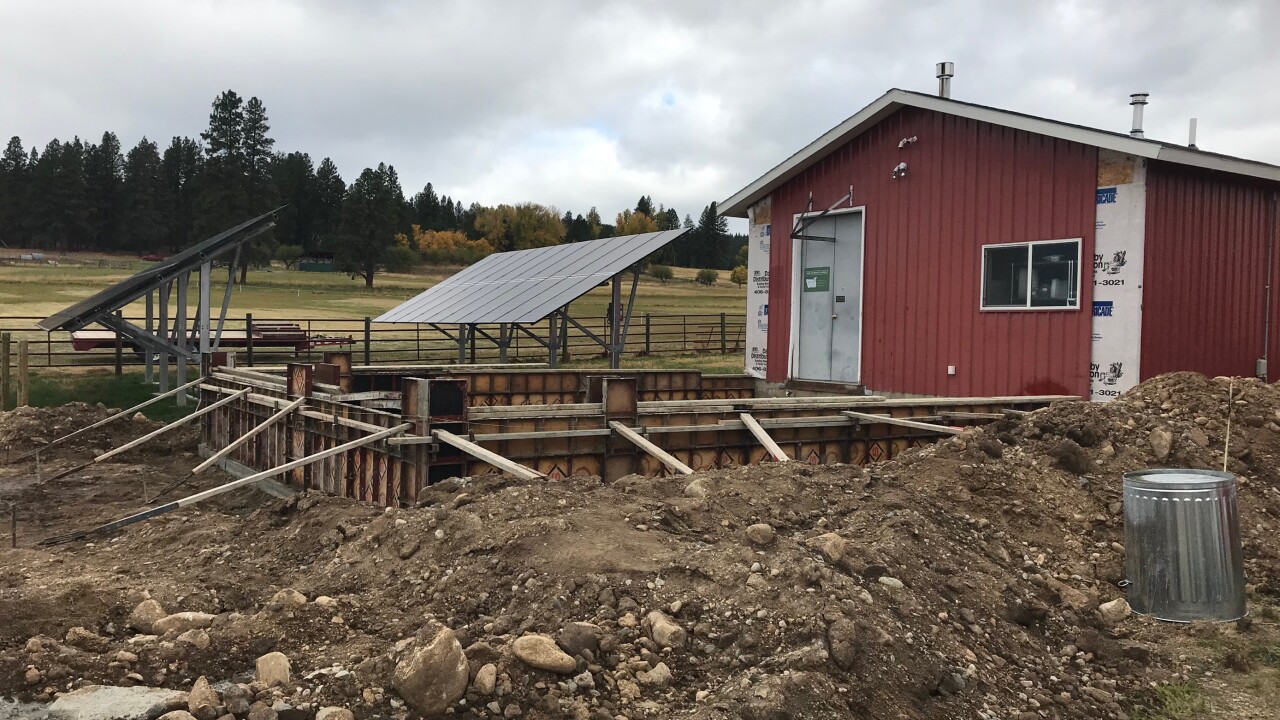 The ability to process meat has become a scarcity during the pandemic. Double K Ranch in Darby, Montana has received 150,000 dollars in grant money to help provide more meat processing capabilities in Montana.

With the new grant money, they can not only process their own meet but have the space to kill it.

"There is a lack of slaughter floors in the state being able to kill animals in the state and keep them in Montana so a lot of animals get shipped out of the state," Double K Ranch owner and operator Dillon Kouf said. "Local places were unable to take on all of our animals at the rate we were needing it especially with other people needing to get animals done. We immediately had a bunch of people tell us about it we saw it and immediately said we are going to apply for that."

Double K is also going to try and take on other ranches overflow of unprocessed animals as much as they can.

Besides the slaughter floor, the grant money will also be used to expand meet production efforts to different animals like ducks, rabbits, and different pig products.

That’s a huge bonus for places like Conflux Brewing Company who use Double K products especially as other meat suppliers struggle to keep up with demands.

"There was a while, I mean beef and pork nationally was just hard to source for a couple of months there and expensive. Their production pretty much stayed steady through all of that which is convenient as well," Conflux Brewing Company General Manager and Executive Chef Ryan James said. "It's just super convenient for ordering quantity as well it's super convenient because we have a personal relationship so I can just shoot him or Tessa a text and say hey if you are coming up this week can we get some extra pounds of lamb or whatever it is."

Double K hopes to have this new kill floor operational by January 2021.