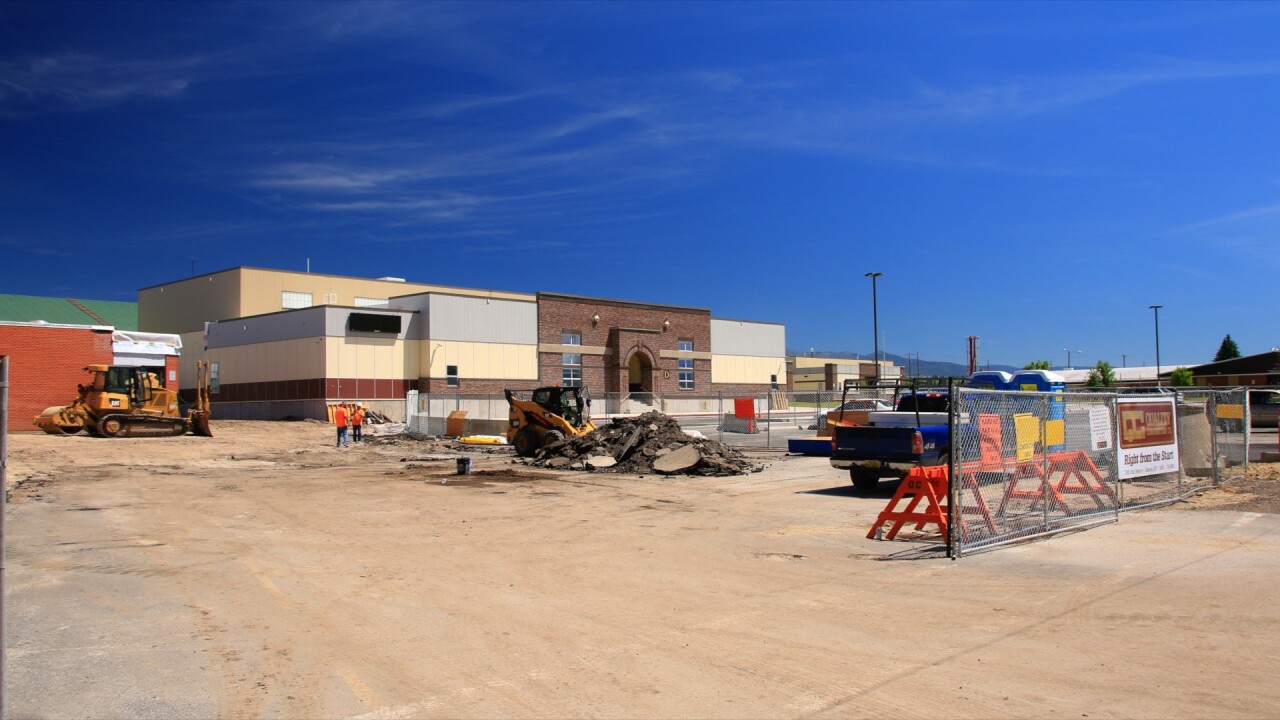 STEVENSVILLE — Millions of dollars worth of construction are moving into high gear on the Stevensville School District campus.

Even with the early closure of classes this spring because of the pandemic, it's a project that's still planned to last into next year.

As the old expression goes, the "dirt is really starting to fly" on the Stevensville Schools campus. After a groundbreaking that was overshadowed by virus school closures earlier this spring, contractors are fully engaged now, both inside and outside the buildings.

"We're thrilled to death with our entire construction group, from our architect MMW, Quality Construction our general contractor, our construction manager through Hulteng," said Stevensville School Superintendent Bob Moore. "Our administrative team, we've all worked together well to get a plan to the school board and have the school board adopt a plan that will make significant improvements to the campus."

The improvements paid for with the two bond issues approved by voters last year, include full upgrades to the high school, the aging primary school building and a complete re-working of the parking lots and traffic flow. The big new construction piece is the new technology learning center, where the site clearing is underway.

Some people have wondered if the cancelation of classes this spring means the construction will be accelerated. Dr. Moore says that's not really the case. They were able to take care of a few extras, but generally, the construction schedule was set long before coronavirus arrived.

"We were able to move some projects forward," said Moore. "But really the bond and construction timeline is going to remain significantly the same."

That means a 20-month construction timeline that's still on track. While much of the heavy work will be done this summer, construction will continue into next year and that will mean coping with some construction next fall and winter.

The bonus is that the bids and bonds were favorable enough to allow the district to also include nearly 2-million dollars in alternates.

"And the real exciting thing is we do have enough money from the bonds, and the bond proceeds, to accomplish everything we had listed, both in the main bid and as alternates. So, to say we are excited would be an understatement," said Moore.

The district had already adjusted next year's calendar to accommodate construction, with school starting right after Labor Day and dismissing right before Memorial Day.