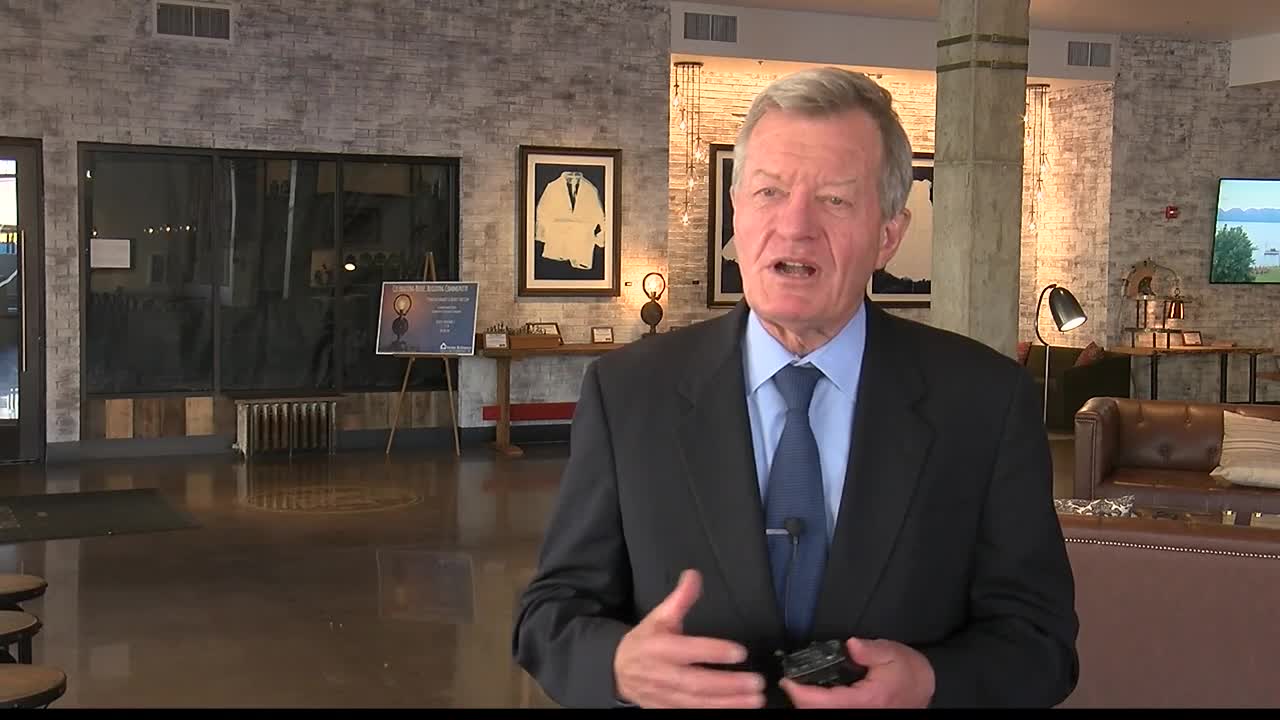 MISSOULA — Former US Senator -- and US Amabassador to China -- Max Baucus was in Missoula Thursday to take part in a discussion about trade with China at the University of Montana.

Baucus sat down with MTN News to share his views on international policies and affairs -- including the ongoing trade war with China.

“The more we understand and deal with China in a way that makes sense to America, don’t let China take advantage of us, but respect China in a way that they respect us, then our lives, and the lives of our kids and grand-kids are going to be better,” Baucus said.

When asked how trade with China impacts Montanans, Baucus said the value for agricultural exports has decreased -- especially for wheat. He says most Montana wheat goes to Japan or the Philippines, and farmers would like to send more livestock to China.

“Frankly, the price of wheat’s come down from about $5 a bushel to $4 a bushel, and I think that’s partly related to all the trade tensions. If there’s less tension, we’re going to be able to sell more to our usual customers,” Baucus said.

Baucus, who served as US Ambassador to China from 2014 until 2017, says the most important thing he learned from his time abroad was that the Chinese love Americans, and American goods.

“They like American values, American values of freedom, openness, free association, democracy, they like that," Baucus said. "They kind of wish they had more of it.”

Since June, Hong Kong residents have been protesting the proposed extradition bill, which is seen as a threat to residents. Baucus says the situation is a mess -- and very unfortunate, but any American involvement wouldn’t affect change.

“Peaceful demonstrations have now become vandalism. That is not going to work. Of course we want to respect human rights, and stand up for human rights, for the people of Hong Kong. But there’s not a lot we can do directly,” Baucus said.

Baucus is currently residing in Bozeman with his wife, and recently founded the Baucus Institute through the University of Montana, "the idea is to get Montana kids interested in service, especially public service,” Baucus said.

“It’s important to travel, 80% of life is showing up. Not so much on the internet, but rather phone calls, face to face. You learn a lot more that way, and that means traveling,” Baucus said.

"The more we learn and get out to see other parts of the world, the better off we're gonna be. We'll see new opportunities we hadn't otherwise seen," Baucus added.

He also urged people to read as much as they can, and take it all with a grain of salt.