Total Trump food-stamp cuts could hit up to 5.3 million households 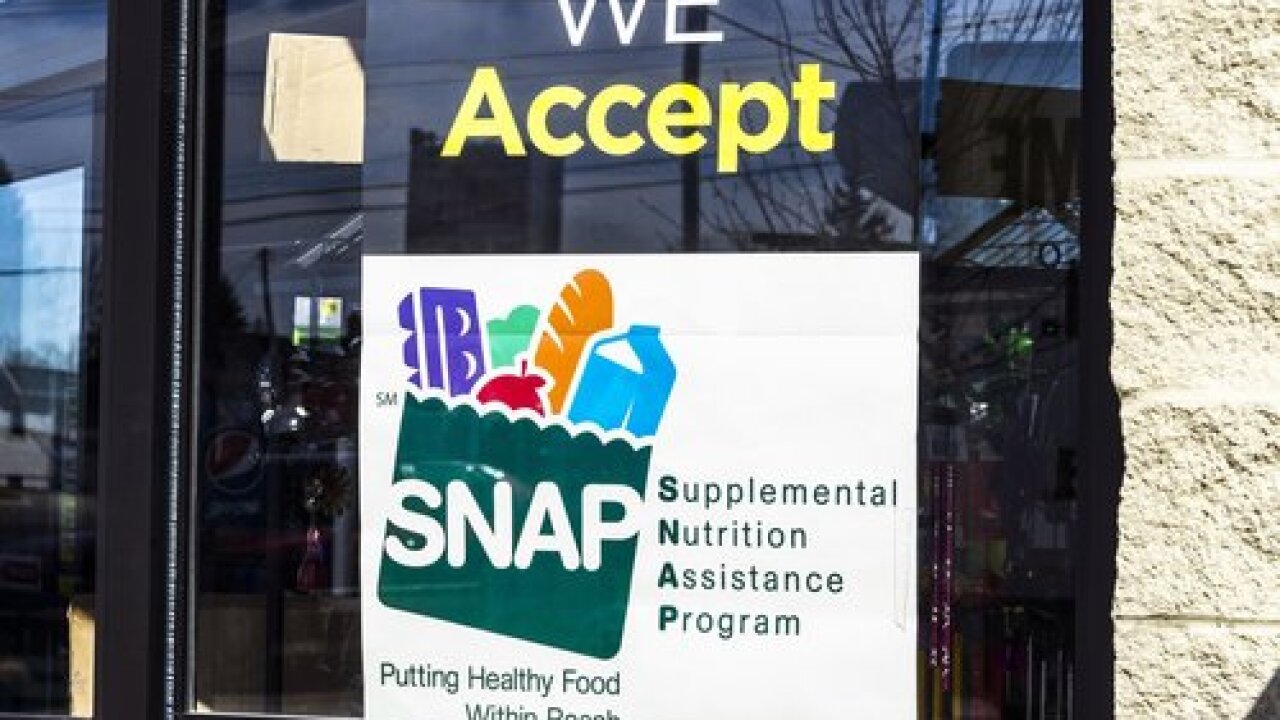 The Trump administration is moving to curb access to food stamps, with U.S. Department of Agriculture Secretary Sonny Perdue last week criticizing the 80-year-old federal program as becoming a "way of life" for too many Americans.

To that end, the government has introduced three proposals that would cut about 2.2 million U.S. households, or almost 4 million people, from the program, while also reducing benefits for another 3.1 million households, according to a recent analysis from the Urban Institute.

The plans — one of which was formally adopted by the USDA last week and would deny food stamps to nearly 700,000 Americans — would make it tougher for millions to qualify for food aid and cut billions from the program's budget.

But anti-hunger advocates and public policy researchers say the cuts could prove devastating to many vulnerable Americans, including poor children and the homeless. The food stamp program, formally known as the Supplemental Nutrition Assistance Program, has been shown to help lift families out of poverty, while a recent study also found that it reduces the risk of mortality by as much as 2% for people between 40 to 64 years old.

The cuts in food benefits would come at a time when life expectancy for American men has dropped for three consecutive years, with the National Center for Health Statistics citing an increase in "deaths of despair," such as the rise in drug overdose deaths. Public health experts and economists have linked such deaths to unemployment, material hardship and financial insecurity — in other words, the types of issues often faced by food-stamp recipients.

"I think it's very likely that we would see an increase in deaths of despair by decreasing SNAP," said Colleen Heflin, a professor at Syracuse University's Maxwell School of Citizenship and Public Affairs and an author of the November study that found SNAP benefits decreased early mortality for middle-aged Americans.

The proposals are "going in the wrong direction," she added. "Given that we are having a real sort of rescaling of mortality in this country as a whole, to think about cutting anything that supports health and an associated reduction of mortality is a real mistake."

The government's plans to cut the program are "harmful in their own rights, and the combination of the three is devastating to consider," said Robert Campbell, managing director of policy at Feeding America, a nonprofit that includes a network of hundreds of food banks across the U.S.

The cuts would push more people from food stamps at a time when the program is already shrinking. About 36 million people now receive aid from the program, down from about 40 million in 2018. Pushing people from the program would also pare the program's roughly $60 billion in annual spending by about $4 billion per year, the Urban Institute estimates.

The new rule adopted last week will cut about 700,000 able-bodied adults without children from the program by raising work requirements. But Campbell said many of the adults who would lose their food stamp eligibility are among the poorest of all aid recipients.

"They have about $2,000 a year in income," he said. "Many are homeless or have basic challenges in finding jobs," such as mental health issues or disabilities that haven't been recognized by the government's disability program.

The other two proposals, which are still under consideration, may have an even greater impact. The second plan would eliminate what is known as "categorical eligibility," which allows people to enroll in food stamps automatically if they qualify for other aid programs. About 3 million people could lose access to food aid under that proposal.

The third proposed rule would reduce the amount of home heating costs used to calculate a SNAP recipient's net income, effectively making their income seem higher. That would cut benefits to about 3.1 million Americans, mostly those who live in cold-weather states like New York, Maine, Michigan, Minnesota, New Hampshire, Wisconsin and Vermont, the Urban Institute said.

At the heart of the issue is whether Americans who are struggling with gainful employment are overly reliant on food stamps. The USDA's Perdue said on a conference call with reporters last week that the overhaul is meant to help struggling workers become self-sufficient.

Safety net programs are designed to "provide a carrot and a stick for getting in the labor market," noted the Hamilton Project's Lauren Bauer. But, she added, three-quarters of food-stamp recipients impacted by a work requirement are already employed.

"They're working in this low-wage labor market that makes it hard, particularly during economic downturns, to meet the requirements of the work requirement," Bauer said.

Food-stamp applicants must work, volunteer or be in a training program for at least 20 hours a week. But even in a growing economy, there are pockets of the U.S. where stable jobs are hard to come by, making it a challenge to meet that requirement.

About 1 in 9 of the 36 million Americans who receive food stamps could lose their aid under the proposals. That could pose serious hardships for many people during the next economic slump, making it even more challenging for workers to qualify even if the unemployment rate jumps, Bauer noted.

Although the U.S. economy is adding jobs, much of that work offers low wages and few, if any, benefits. About half of Americans now work in low-paying jobs that pay a median wage of $18,000 per year.

To be sure, it's possible the two proposals still under consideration might not move forward, or could be changed so fewer Americans are dropped from the program. Asked about the time frame for the proposals on the conference call last week, USDA Deputy Under Secretary Brandon Lipps didn't indicate when they might be implemented.

While there's a belief that food banks will fill the gap if the proposals move forward, that's simply out of reach for charities, said Feeding America's Campbell. The SNAP program provides nine meals for every one meal provided by food banks and other charities, he said.

"The result of these rules will be an increase in food insecurity," he said. "It won't make them less hungry — it'll force hard tradeoffs. They'll need to make tradeoffs between food and other necessities."

— With reporting by Rachel Layne.