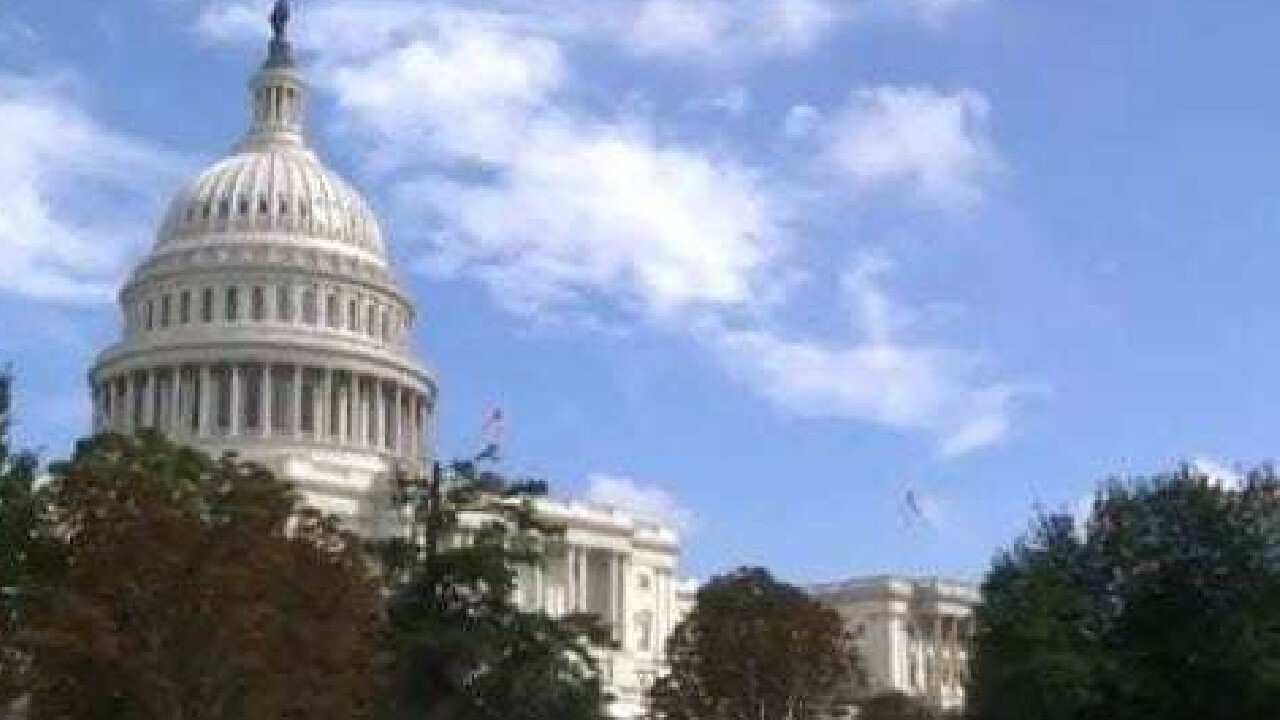 The White House and Senate leaders struck a major deal early Wednesday morning over a $2-trillion package to provide a jolt to an economy struggling amid the coronavirus pandemic, capping days of marathon negotiations that produced one of the most expensive and far-reaching measures in the history of Congress.

"Ladies and gentleman, we are done," White House legislative affairs director Eric Ueland said right before 1 a.m. after leaving Senate Majority Leader Mitch McConnell's office following negotiations that have gone around the clock since last Friday. "We have a deal."

McConnell formally announced the agreement on the Senate floor, saying, "At last, we have a deal. After days of intense discussions, the Senate has reached a bipartisan agreement on a historic relief package for this pandemic."

The majority leader described it as "a war-time level of investment for our nation," and said that the Senate would move to pass it later in the day on Wednesday. The Senate will re-convene at noon. An exact time has not yet been set for the vote.

The full details have yet to be released. But over the last 24 hours, the elements of the proposal have come into sharper focus, with $250 billion set aside for direct payments to individuals and families, $350 billion in small business loans, $250 billion in unemployment insurance benefits and $500 billion in loans for distressed companies.

The stimulus bill also has a provision that would block President Donald Trump and his family, as well as other top government officials and members of Congress, from getting loans or investments from Treasury programs in the stimulus, according to Minority Leader Chuck Schumer's office.

The package, if it passes Congress, would be the most significant legislative action taken to address the rapidly intensifying coronavirus crisis, which is overwhelming hospitals and grinding much of the economy to a halt.

Schumer called it "the largest rescue package in American history," in remarks on the Senate floor in the early hours of Wednesday morning. "This is not a moment of celebration -- but of necessity," he said.

The plan will deliver a massive infusion of financial aid into a struggling economy hard hit by job loss, with provisions to help impacted American workers and families as well as small businesses and major industries including airlines.

On CNN's "New Day" Wednesday, Schumer touted the bill as "worker-friendly," pointing to its billions for unemployment insurance benefits and small business loans.

Larry Kudlow, Trump's chief economic adviser, called the package "the single largest main street assistance program in the history of the United States" at a White House briefing on Tuesday.

"This legislation is urgently needed to bolster the economy, provide cash injections and liquidity and stabilize financial markets to get us through a difficult and challenging period in the economy facing us right now," Kudlow said.

While the final bill text hasn't been released, some of the areas have been debated behind closed doors for days. There was intense partisan debate over the $500 billion proposal to provide loans to distressed companies, with $50 billion in loans for passenger air carriers. Democrats contended there was not enough oversight on how the money would be doled out, but the Trump administration agreed to an oversight board and the creation of an inspector general position to review how the money is spent.

Negotiators also discussed providing four months of unemployment benefits, extending to self-employed workers. Also, the bill would ensure the Small Business Administration could serve as a guarantor for loans of up to $10 billion for small businesses to ensure they can maintain their payrolls and pay off their debts.

In addition, the bill would provide a major amount of funding for hard-hit hospitals -- $130 billion -- as well as $150 billion for state and local governments that are cash-strapped due to their response to combat coronavirus.

After two consecutive days of high-profile setbacks -- with Senate Democrats blocking procedural votes on Sunday and Monday over opposition to a bill initially crafted by Senate Republicans -- a deal appeared to be imminent by Tuesday morning.

Top negotiators signaled that many of the issues had been resolved and suggested there could be action on a package later in the day.

Schumer optimistically announced at one point that the Senate was at the two-yard line. But by Tuesday evening, no legislative text had been made public as negotiators continued their work.

Asked on Tuesday evening why negotiators appeared to be having such a hard time closing out the deal, Treasury Secretary Steven Mnuchin, who has served as a point person for the administration in the talks, responded, "Who says we are having a hard time? It's just a complicated deal. We go through a lot of language."

"We are getting there," he responded.

Democrats had argued they wanted to see more safeguards for American workers in the deal and oversight for how funding would be doled out. Schumer and House Speaker Nancy Pelosi both signaled on Tuesday that they had won concessions in the emerging deal to that end.

Pelosi said in an interview with CNN's Dana Bash on Tuesday that "many of the provisions in there have been greatly improved because of negotiation," while Schumer said the legislation will have "unemployment insurance on steroids."

"Does it have everything we need? No. Are some things in there that I would have rather not had? No, of course. But this is the art of compromise," Schumer told CNN's John Berman Wednesday morning, adding, "America needed huge help quickly. And I think we've risen to that occasion."

Schumer also suggested that the trillion-dollar stimulus plan may not be enough to offset the economic damage given the uncertainty of the pandemic, and that negotiators might have to "come back in a bipartisan way and do more if we need."

McConnell praised the emerging deal as a win for Republicans as well, saying, "We are close to a bill that takes our bold Republican framework, integrates further ideas from both parties and delivers huge progress."

Once a deal is released, the next question will be how quickly it can be approved by both chambers -- a challenge made more daunting by the fact that Congress is now operating in a scenario where several of its members have tested positive for coronavirus while many more have self-quarantined after contact with infected individuals.

A Democratic leadership aide told CNN that the House still has emergency convening authority and could quickly come back into session Wednesday. But the aide said it's "more likely" the House vote would wait until Thursday since it's still unclear when the Senate will act on the legislation, which has yet to be released.

Pelosi suggested on Tuesday that she is hoping to avoid bringing the full House back to Washington to vote on the package, seeking to pass it through unanimous consent instead. But any individual member can block such a move, creating uncertainty over whether that will be feasible.

Another option may be for the House to approve the package by voice vote as opposed to holding a recorded roll call vote.

The Democratic leadership aide said Wednesday morning that the House still plans to vote -- likely by voice vote -- without bringing all its members back to Washington.

House Republicans are falling in line behind the Senate stimulus plan and are willing to allow quick passage of the plan, according to a source on the GOP whip team.

After conferring with the various factions of the House GOP Conference, the source said that it is a "possible outcome" for the House to voice vote the package when the chamber eventually considers it.

Pelosi has called for the bill to be approved by unanimous consent, but the GOP source said that "it's a very real possibility" that a member would object, preventing that from happening.

Pelosi is also open to allowing the bill to pass by a voice vote, which would allow the presiding officer to rule in favor of the side that has the most voice votes.

However, members could request a recorded, roll call vote, which would require the full House to return to pass the bill, something lawmakers are eager to avoid amid the coronavirus outbreak.

This story has been updated to include additional developments Wednesday.