Montana Highway Patrol Trooper Norh Pesola says a dump truck was traveling southbound on U.S. Highway 93 near mile marker 32 when it entered the northbound lane and sideswiped a blue SUV.

Those vehicles then collided with a 15-passenger transport van used by Nkwusum, a Salish Language School out of Arlee.

Nine occupants in the van, including several children, were transported to hospitals in Ronan and Missoula with non-life-threatening injuries.

The driver of the dump truck and the SUV were not transported to the hospital. Trooper Pesola says the weather is a suspected factor, as troopers continue to investigate. 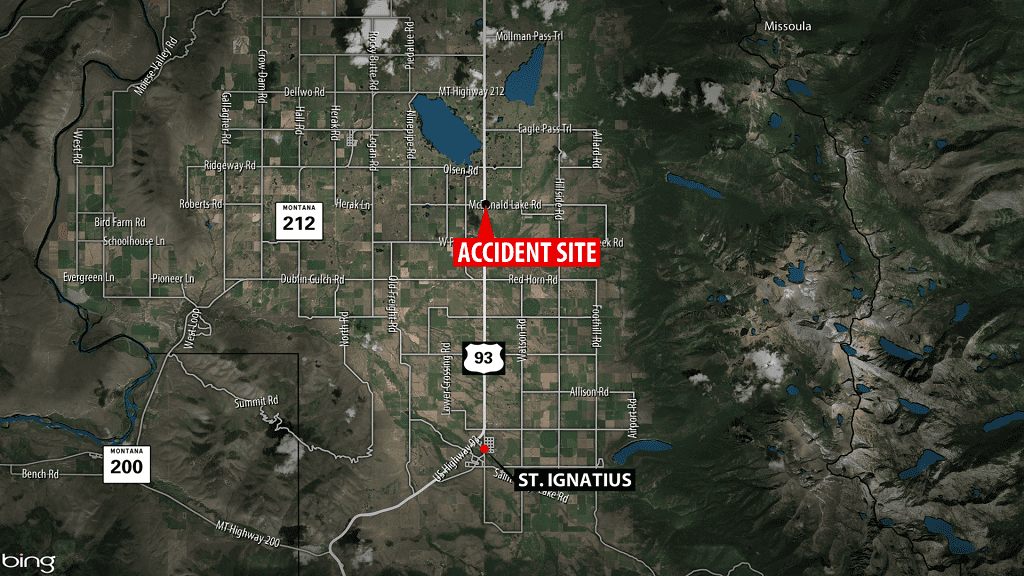