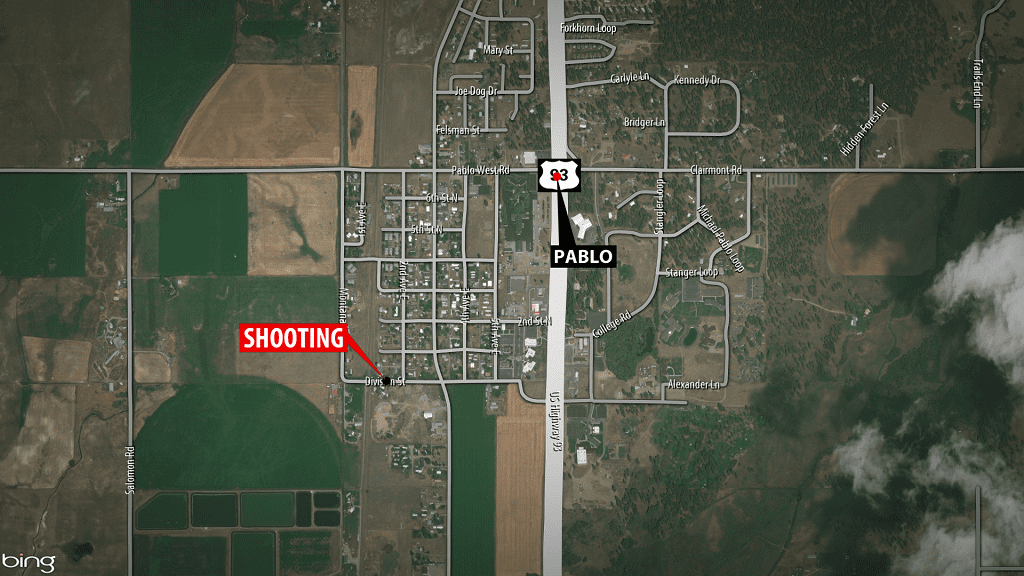 PABLO – One man is dead and a suspect is in custody after a fatal shooting in Pablo on Thursday night.

Lake County Sheriff Don Bell says authorities were called to a residence on the report of a shooting on Divison Street street in Pablo at 9:39 p.m. on Thursday.

Lake County Sheriff Don Bell said crews arrived to find a male had been shot several times. He was immediately transported to St. Luke’s hospital where he later died from his wounds.

Bell added the suspected shooter is in custody at the Lake County Jail and witnesses are being interviewed. This is an ongoing investigation and the names of those involved have not been released.

CS&KT Tribal Police and Lake County Sheriff deputy’s and the Montana Highway Patrol all responded to the scene.