Flathead Search and Rescue looking for man in Flathead River 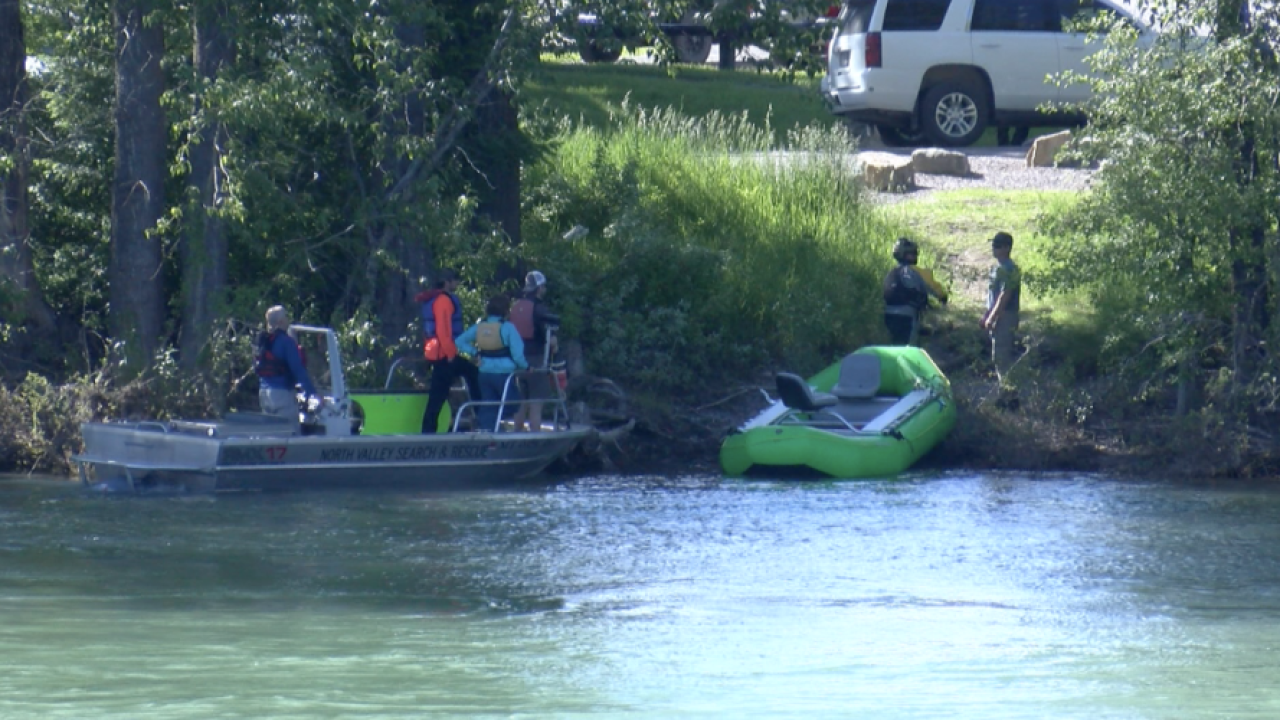 Copyright 2020 Scripps Media, Inc. All rights reserved. This material may not be published, broadcast, rewritten, or redistributed.
Sewan Wells/MTN News
Flathead County Sheriff Brian Heino tells MTN News four people were on the raft when it flipped on June 23, 2020 -- including two children.

COLUMBIA FALLS — Flathead County Search and Rescue are searching for a missing man after his raft flipped Tuesday afternoon on the Flathead River near Columbia Falls.

Flathead County Sheriff Brian Heino told MTN News four people were on the raft when it flipped including two children.

Heino said the incident occurred around 3:30 p.m. after the raft hit a large rock in the river.

An adult female and two children were able to safely rejoin the raft while an adult male is still missing.

Heino said search crews are asking Flathead Valley residents to avoid recreating in the river near Columbia Falls as the search continues into the night.

“If they can avoid using the areas from House of Mystery Boat Launch down to Pressentine Bar at this point, we have several boats in the water of course, and we do also have an aircraft in the area,” said Sheriff Heino.