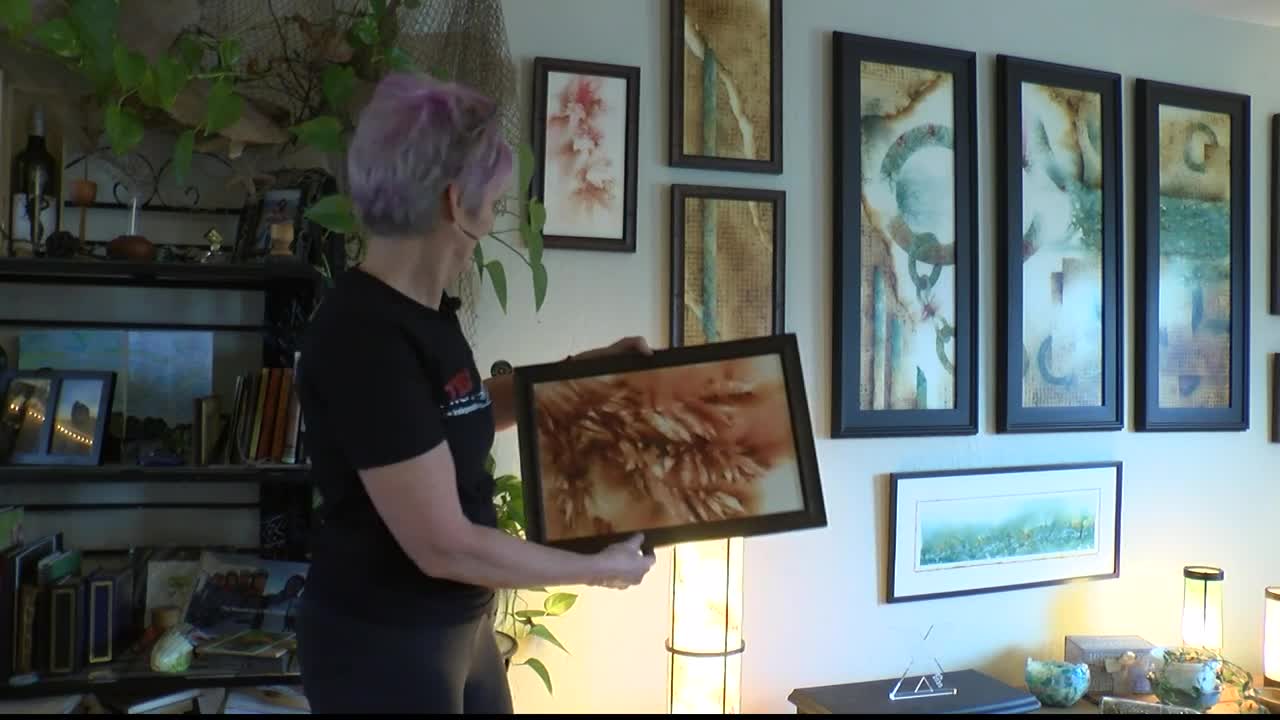 But all of that changed when a friend showed her a video of someone using gun powder to make art.

"I ran downstairs to my basement and got gunpowder, and my studio for paper, and I grabbed my fire extinguisher as I went out the door," Kahnle recalled.

She said the medium struck a chord because she has been a shooter all her life. She also recently started pistol shooting competitively with the United States Shooting Association.

The process is simple to explain, but hard to perfect, "one of the first things people say when they see this is, you did this how?"

First, Kahnle takes the gun powder, and puts it on the paper where she wants it to go, and then she lights it on fire. The powder explodes between two pieces of paper, and creates the design.

Kahnle told MTN News not all of her painting go the way she expects them to, but in the end they turn out more beautiful through the creative process.

"We go along and we think we've got things under control, and then something happens, or chaos ensues, and then how do we respond to that chaos or to those mistakes and mishaps that happen."

She's taken that mindset to local Ted Talks, and now shows her art in galleries across Montana. Kahnle's art has also been featured in the Amazon Prime series the Brotherhood of Brew, and will be in the Out West Art Show in Great Falls in March.