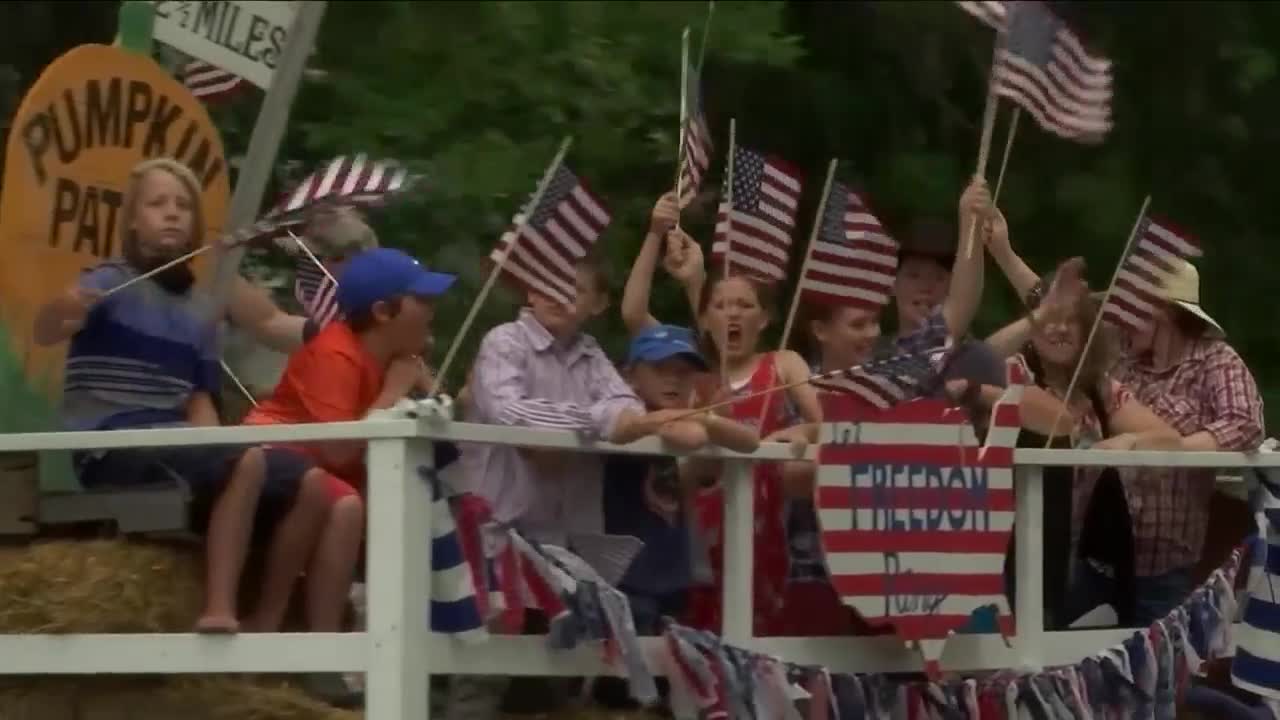 LAUREL — On any other 4th of July, the streets of Laurel would be packed with onlookers - waving to the parade organized by the Laurel Chamber of Commerce.

This year, a group of locals under the name Yellowstone County American Patriots organized their own parade to celebrate American Independence.

Eric Olsen, the Freedom Drive co-sponser said, "Everybody's pumped up for America and liberty and the Fourth of July, so it was a great deal."

Parade floats were asked to abide by the usual traffic rules because law enforcement wasn't blocking off the streets.

The route was more empty than usual this year, but people still turned out to take in the sights and sounds. Kristy Eaton and her family own a home on the parade route

"We love it, it's packed. Always busy, and this year we were very, very sad that there wasn't going to be a parade," Eaton said. "So, we were surprised when we saw the drive by parade."

For the organizers, it was important to carry on the tradition of Independence Day celebrations, dispite COVID-19.

"That's what we're here to do is to continue those traditions. Regardless of things that are going on, we need to take a stand and continue to show people that America is great, it's worth fighing for," said Freedom Drive co-sponser Peggy Miler. "Our founding fathers and their families sacrificed so much and now our military continue to fight for us and their families and keeping their freedom. It is up to American citizens to take a stand and continue to honor that and fight for it and keep our liberties.

Miller and Olson both formed the Montana Shrugged Tea Party in 2009. Olson says the drive served to celebrate veterans, police officers and the documents that helped form the United States of America

"We believe in our Constitution and the Declaration of Independence. The two greatest documents ever written for man to govern himself. We do this passionately," said Olson. "We don't get paid to do this, but it's just something that we've got to do and understand and move forward on."

Olson said he'd like to join forces with the Laurel Chamber next year to increase the size of the parade.