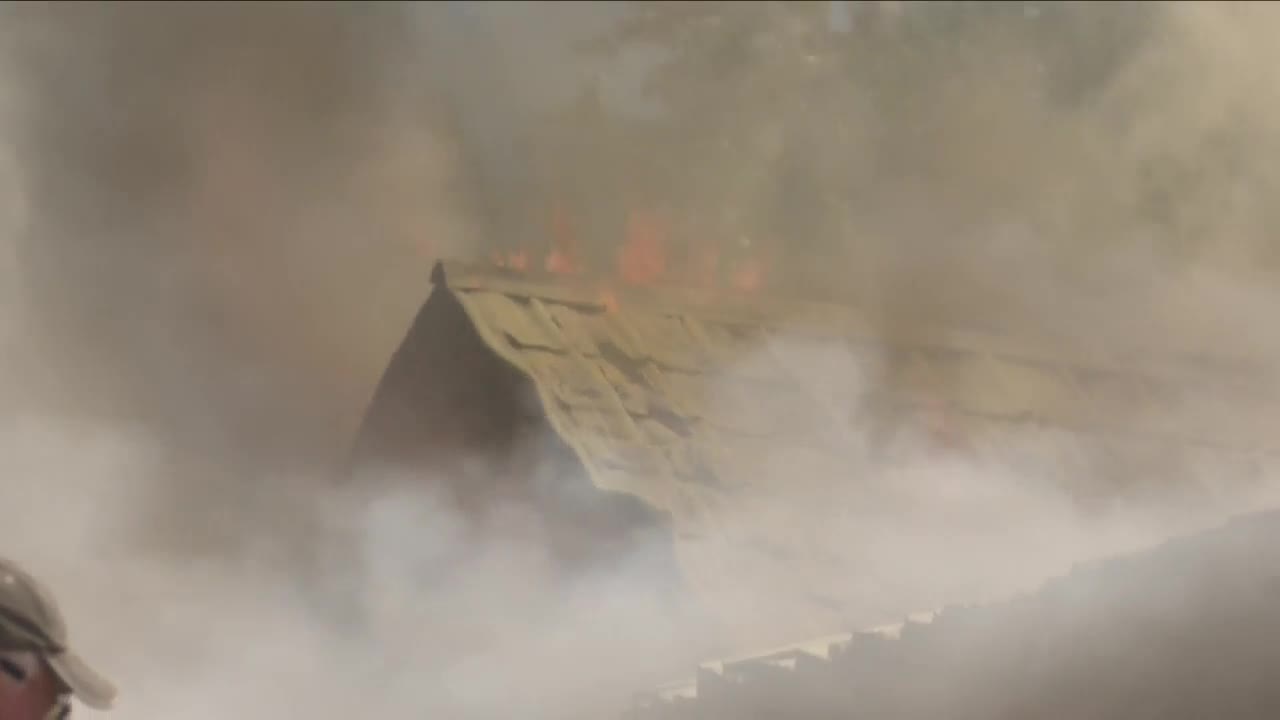 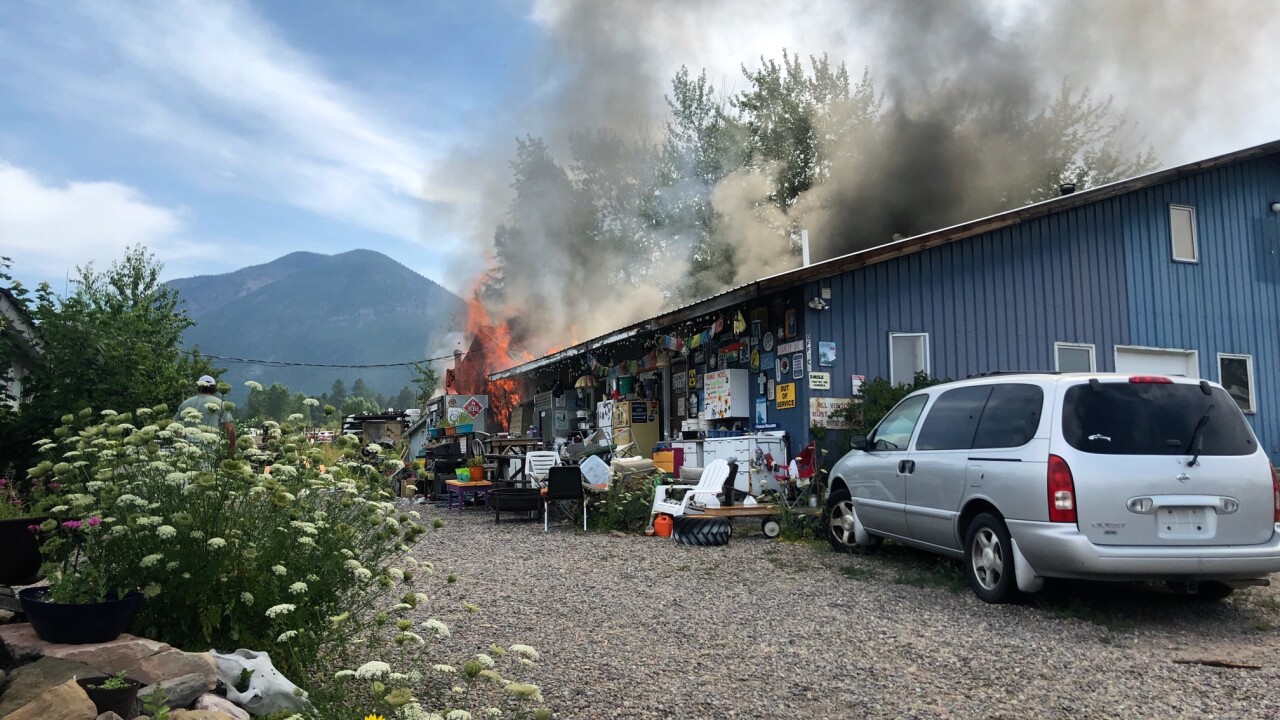 It's located by Orange MT, a used car lot in Arlee.

James Jeffrey Halverson, the owner of Orange MT and Orange Acres, said a couple of people were staying in the building that caught fire, and he is working to relocate them.

Halverson said the building that caught fire has one bedroom and was a dining hall, shower room, laundry room, a community gathering space where people could escape the heat in the summer and the cold in the winter, and a free clothes closet. He said he lost his welding shop, clothes, some computers, and gaming machines in the fire.

Halverson said he was welding when he got a call on Saturday that took him into town and soon noticed smoke coming from the area of the building.

"The fire department is so, I'm so thankful. They did a fantastic job. They kept the fire from going up the hill and taking out our baby sheep." He continued, "If it were not... it literally melted the screens on our house, and boiled the paint, melted the light bulbs, that kind of stuff. So, it was pretty crazy how hot it was."

Orange Acres and Missoula County fought in court for five years, over their right to housing people for free without a license, according to Halverson.

"And we won. That drained us quite a bit though, financially and time-wise. I can say things were just getting good again too, and it's really too bad," said Halverson.

Halverson said the fire was smoldering and very well contained around 5:30 p.m. on Saturday.

On Saturday Arlee Volunteer Fire Department and Frenchtown Fire responded to a structure fire near Arlee.

The structure fire was started in Orange Acres near Arlee.

We have a reporter on the scene and will update you with more information once it is given.