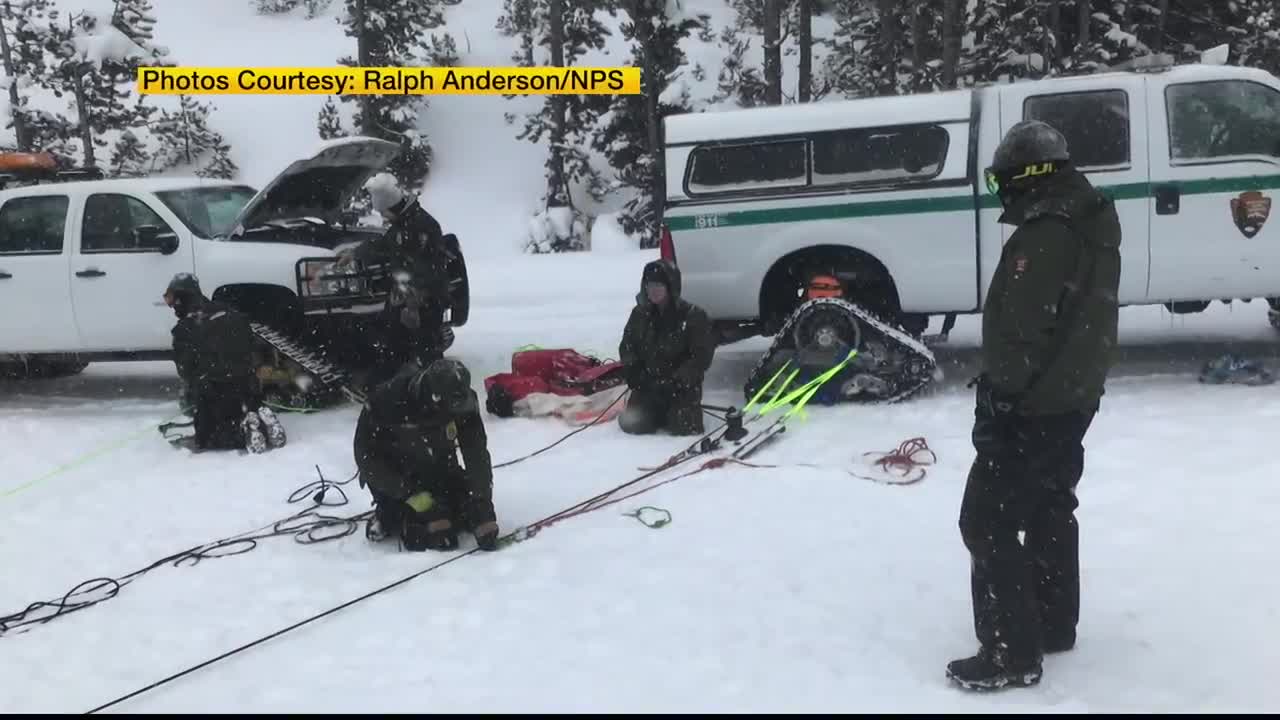 Just over a week ago, a Yellowstone National Park search and rescue team pulled a man to safety from nearly 900 feet down the Grand Canyon of the Yellowstone.

Dave Christensen from Indiana snowmobiled with a friend to Lookout Point in the Grand Canyon of the Yellowstone and tried to rappel to the bottom.

Christensen jumped off his rope and scrambled to the river but he couldn't make it back to the rope.

Powell said he had to go through drifts up to five feet high, and took four 600 foot ropes to get him out. It took 6 hours to complete the rescue.

“There were times where they would fall head first into the drifts while we're still pulling up,” said Powell.

The volcanic rocks made it harder since they easily broke off, but the two men emerged safely.

The canyon had already been in darkness for three hours by the time the man was rescued. Powell said this adventure seeker was lucky to get out without injury or worse.

“What makes this place special is its wildness, but it's got to be respected,” said Powell.

There are boundaries of where you can go in the park specifically during the winter time. The only exceptions are guided snowmobile or snow coach trip special self-guided snowmobile permit.

While Christensen had access to the self-guided snowmobile permit he has a mandatory appearance in federal court in Mammoth to answer for his violations leading to the rescue.