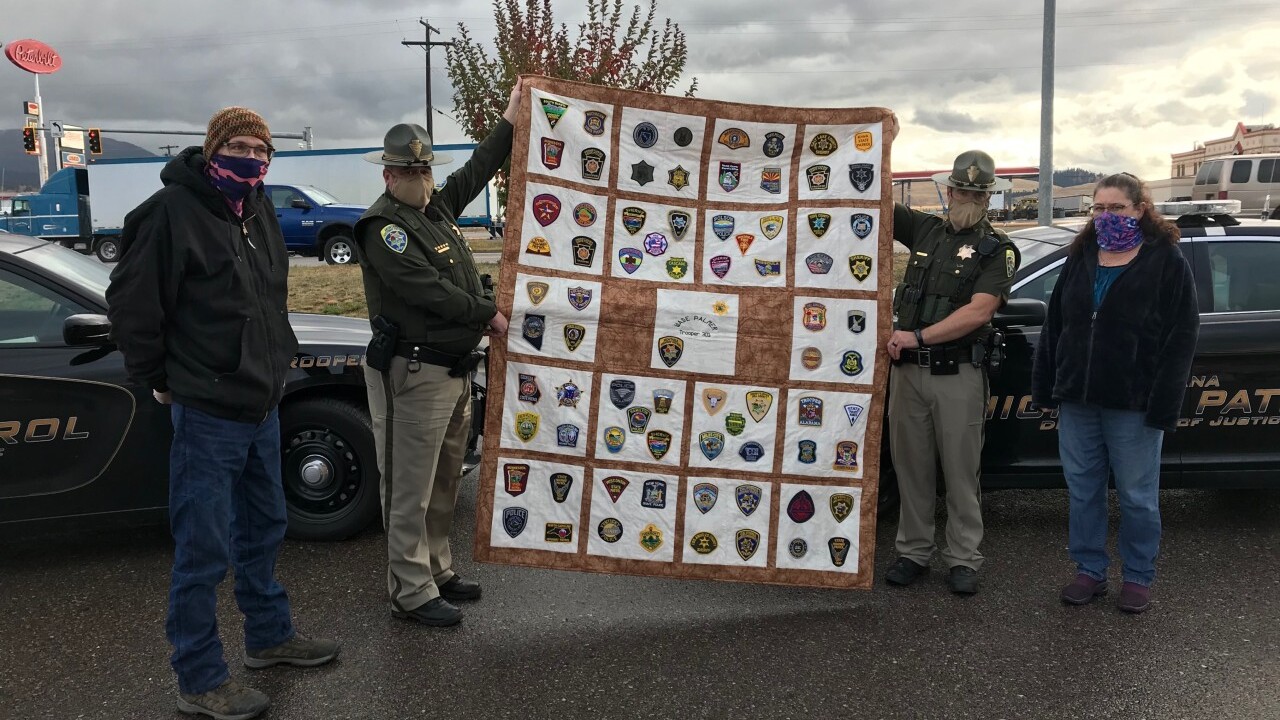 Copyright 2020 Scripps Media, Inc. All rights reserved. This material may not be published, broadcast, rewritten, or redistributed.
Connor McCauley/MTN News 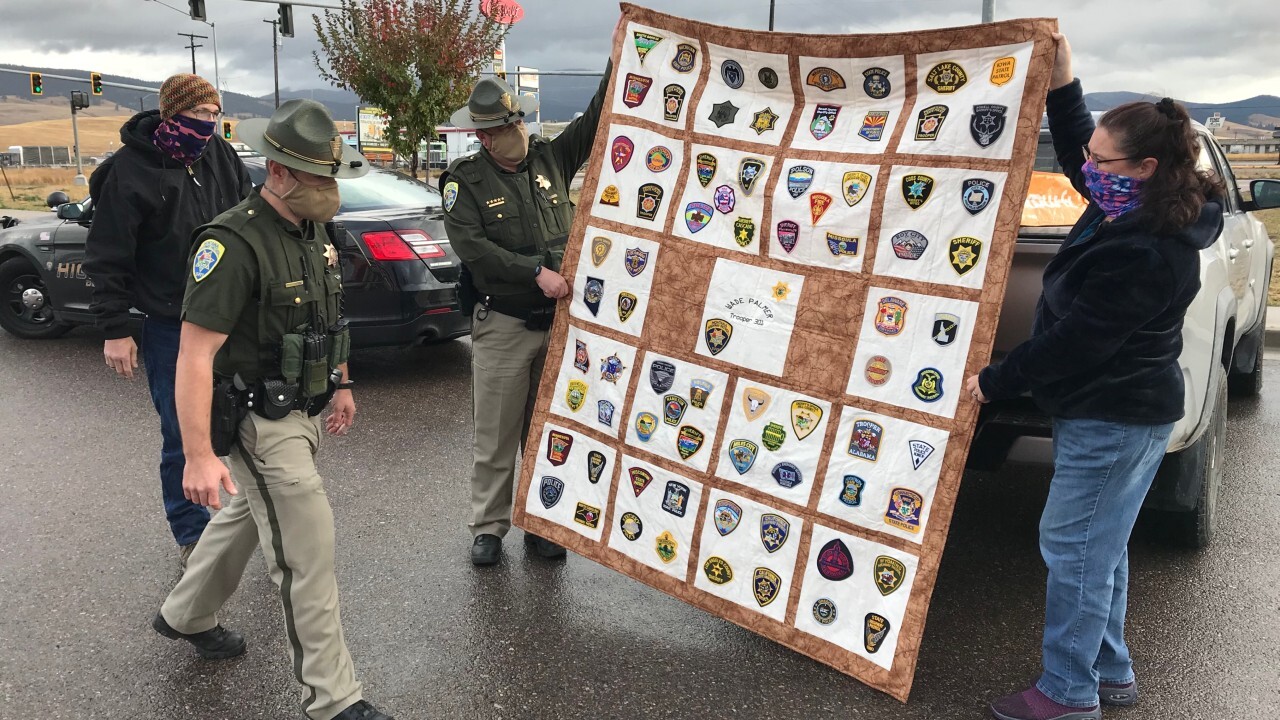 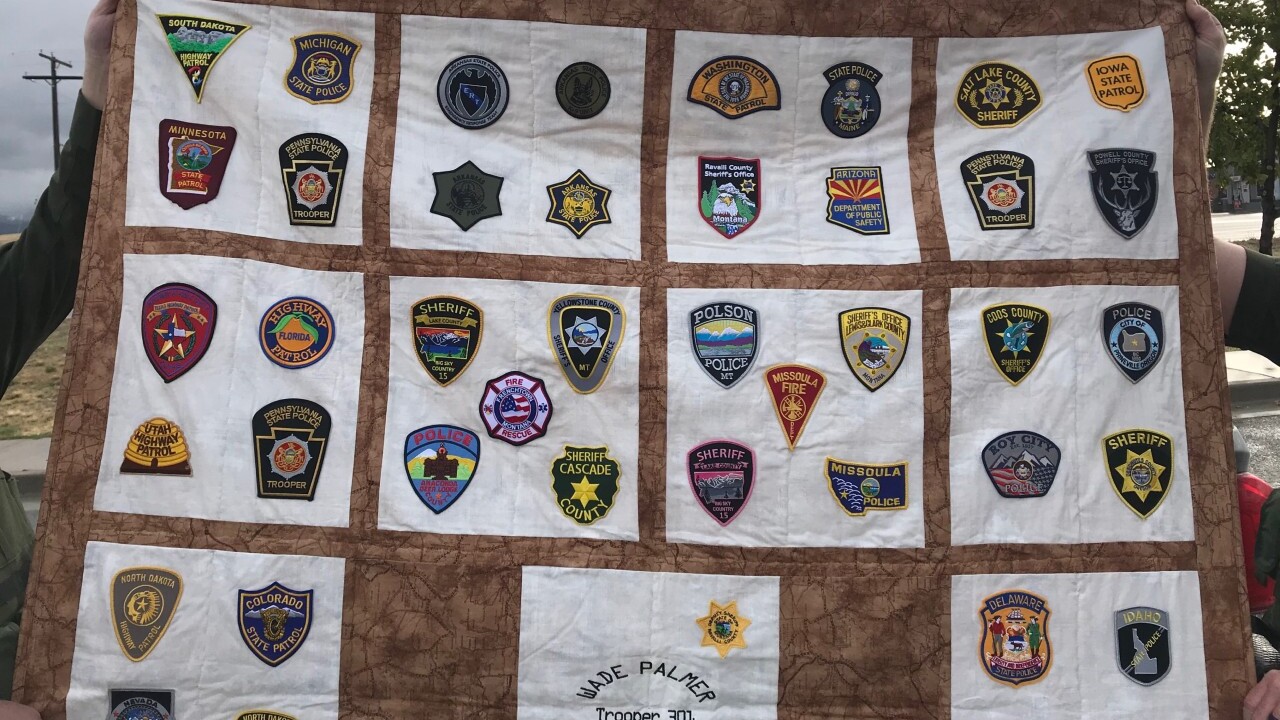 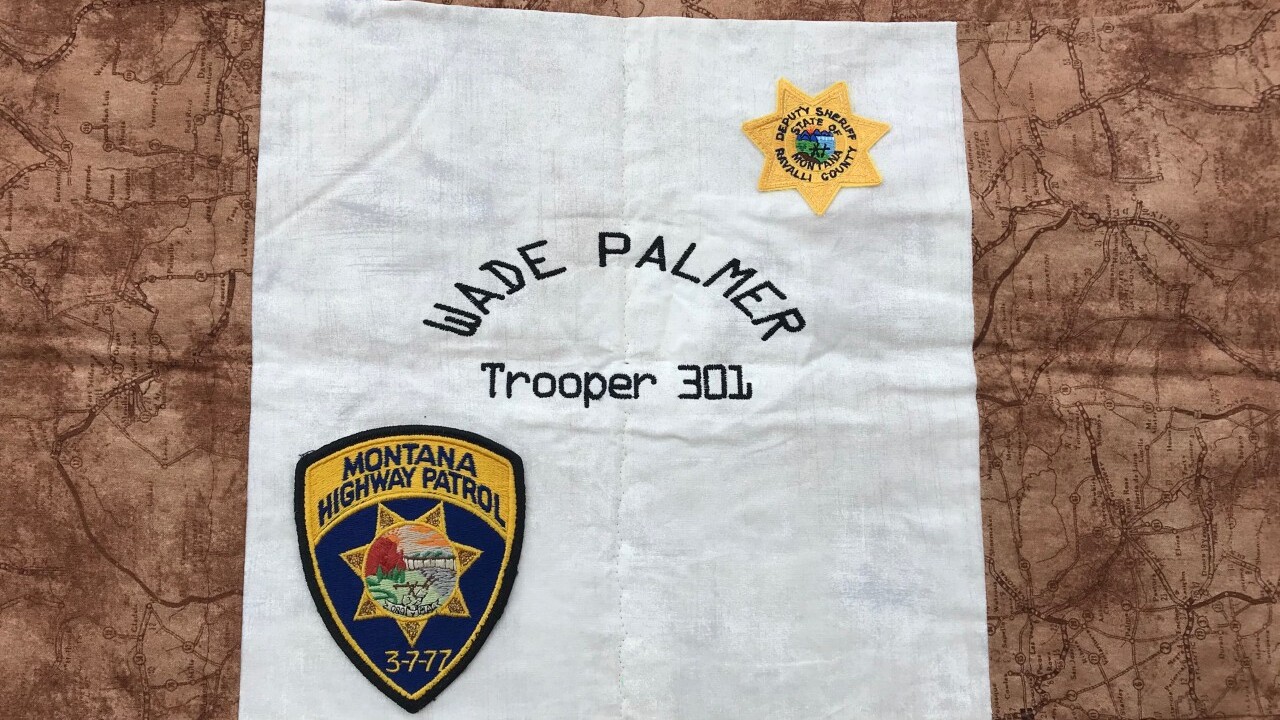 MISSOULA — A couple from Charlo wanted to show their support for former Montana Highway Patrol Trooper Wade Palmer's recovery in a unique way -- and it took the entire country to put this project together.

It’s been over a year since Trooper Palmer was shot multiple times while in his patrol vehicle at Evaro Hill. Palmer is continuing through his rehab and recovery process and one couple hopes to show him that he’s still in the hearts and on the mind of people across the state and the country.

“I think it would lift his spirits really. When he is going through the stuff, he can think that these people cared enough to do the quilt and all the patches,” project founder and organizer Ellen Remington said. “They are all one, you know, police and fire -- they are all one.

Ellen and her husband Brian said they felt compelled to show support for Palmer when they heard about the shooting in March of 2019. Since then they have been collecting patches from law enforcement entities across the country. Ellen decided to put the patches on to a quilt that Palmer could keep with him forever.

Along with the patches came something unexpected, notes, and letters with messages of support and encouragement for a fallen brother. “The letters for me were a bit emotional, especially the cards,” Ellen told MTN News.

Montana Highway Patrol troopers Michael Burman and Alexander Hiday were on hand to receive the quilt and letters that the Remington's gathered on Monday morning. Both troopers said the gesture was inspirational and they love to see the support from the community.

“I think he is going to be very appreciative of it and it will be heartwarming for him that people are still thinking of him."

Troopers Burman and Hiday say they are excited to bring the quilt to Palmer, saying it gives them an excuse to spend the day with him -- and hopefully, have lunch.

The Remington’s would like to thank the Charlo Seniors Center who helped put the quilt together.