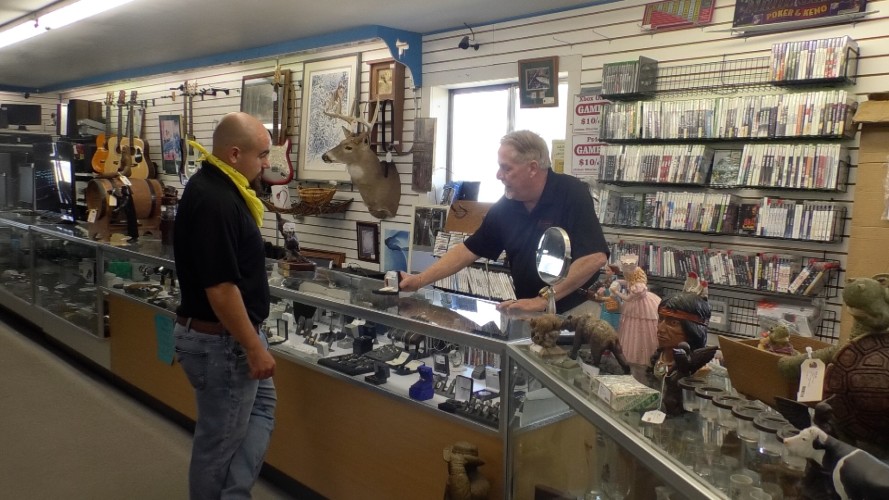 Pawn shops getting busy as stimulus funds dry up

Federal assistance has been available for some but now that some of that funding is no longer available, people are looking for ways to make some quick cash.

“This is the pawn business. People always are expressing desperation when they need money,” said Tommy Fowler, the owner of Four Corners Pawn Shop.

Four Corners Pawn Shop, like many other businesses, has seen the lows during this pandemic.

“Well the stimulus, especially the $600 a week killed us in pawn revenue,” Fowler said.

But now that the extra $600 in weekly unemployment benefits and stimulus checks are gone for some residents, the pawnshop is seeing a greater need for cash.

“More people borrowing money. More people selling items because all of their stimulus money is gone. A lot of people are just needing money,” he explained.

This has certainly been a year of surprises and Four Corners Pawn was surprised when people flocked to the store for one item in particular.

“Guns. We sold about four months' worth of guns in two weeks at the beginning of this pandemic,” Fowler said.

“I’ve had three customers come in and say that they were sure that this was the beginning of the zombie apocalypse so they’re buying guns,” the business owner said.

No matter what the future brings, Four Corners say they’re in a unique position.

The pawn shop has been operating for the last three years, but this has definitely been an unusual year.