Wednesday is Glacier High School's opening night of Robin Hood and they are continuing their production despite the COVID-19 pandemic. 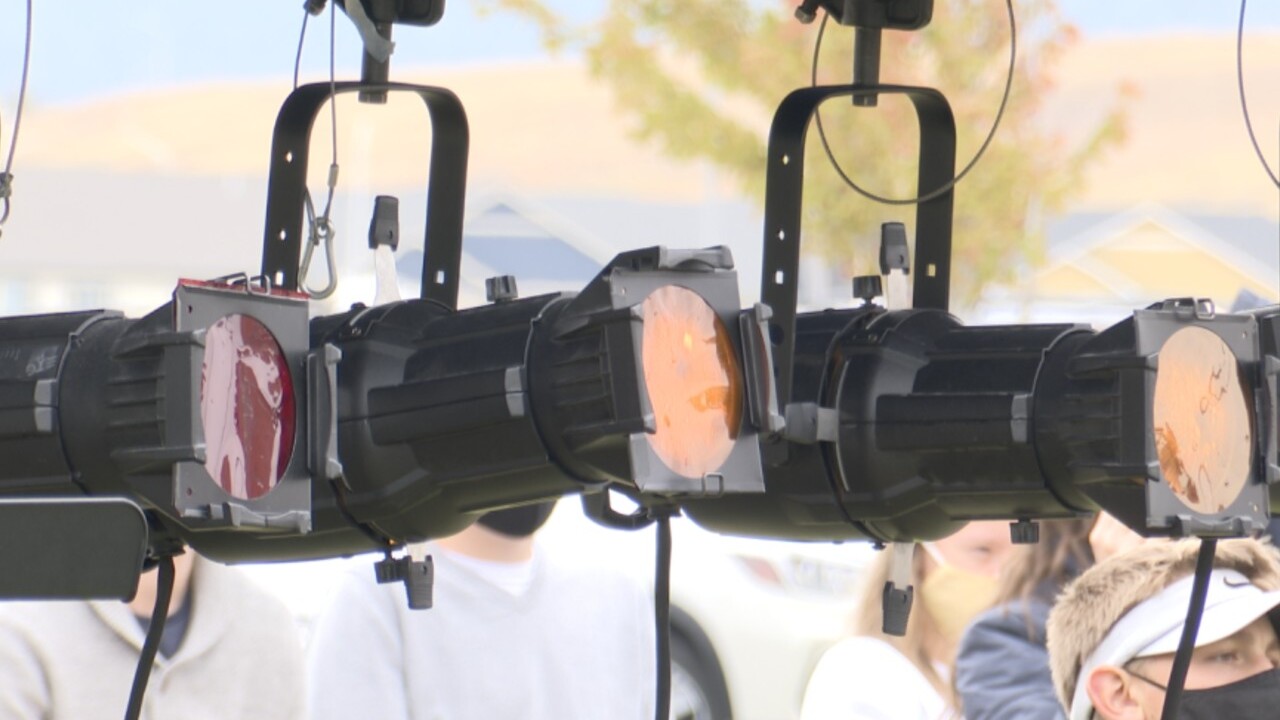 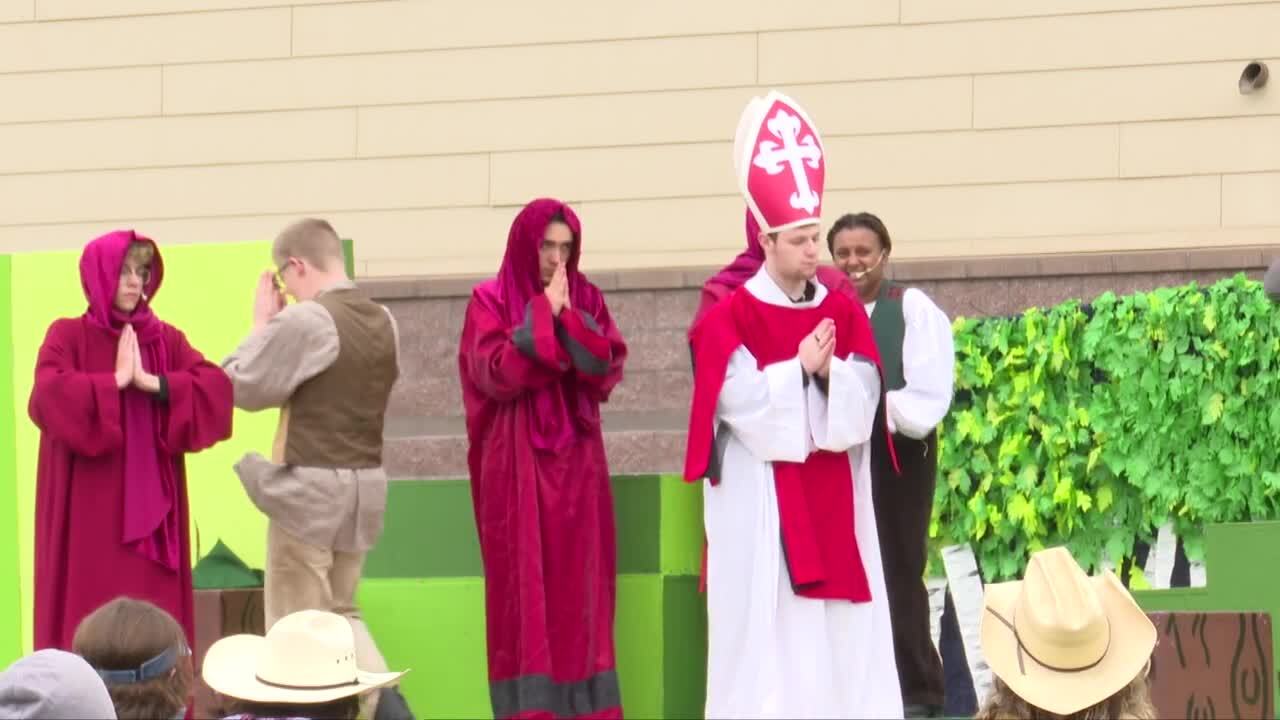 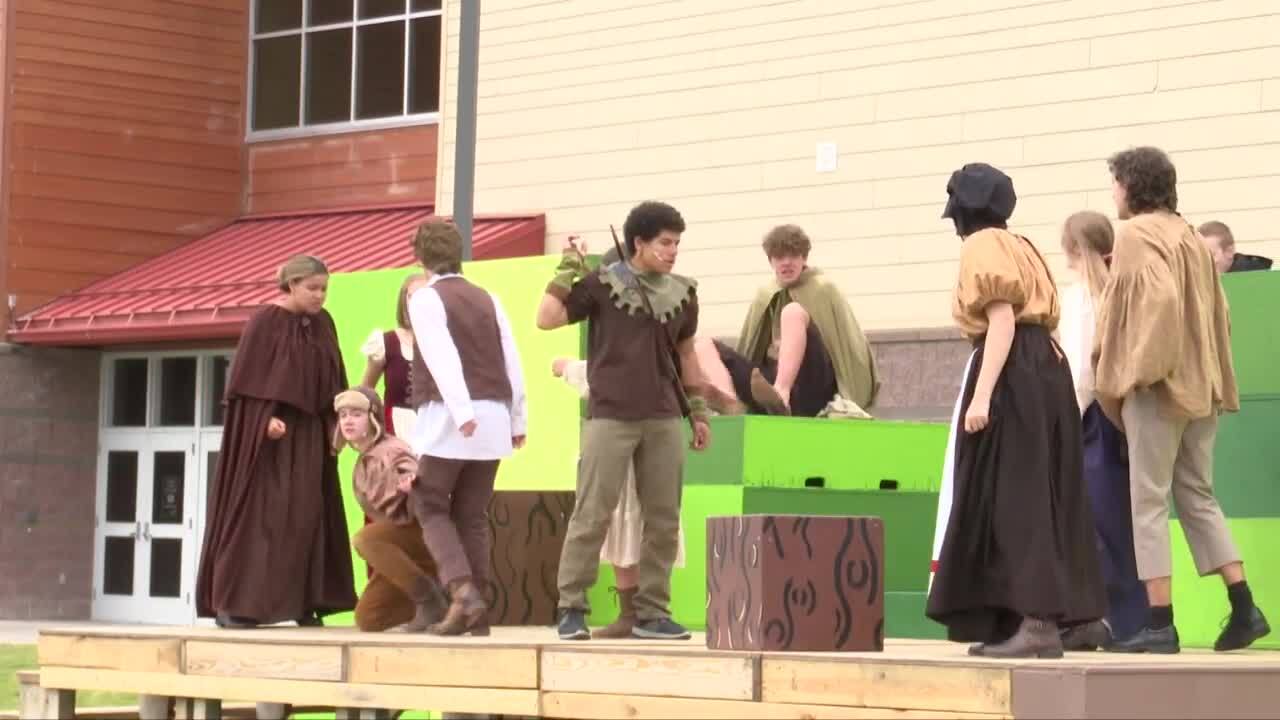 KALISPELL — Wednesday is Glacier High School's opening night of Robin Hood and they are continuing their production despite the COVID-19 pandemic.

When director Sara K. Menssen started the rehearsal process for Robin Hood in August she told MTN News that she needed to keep the cast as safe as possible.

She explained that the first two weeks of the rehearsal process were done in masks and cast members were asked to take extra precautions.

"We talked about not going to the fair, staying away from family members if people got sick," said Menssen. "And really watching and monitoring themselves."

Staging a production during a pandemic presented its challenges. Menssen says she had to alter some of the stage blocking and because Robin Hood has a romantic element to it she says they decided to forego stage kissing.

"How do we feel about stage kissing? Is that a possibility? And of course, given our current circumstances it is not," she told MTN News. "So, coming up with creative ways to make that work without actually having to kiss on stage."

Senior Dresden Allred told MTN News that at first he was worried the play was going to get shut down because of COVID-19.

"No matter where we are except on stage, we're wearing masks," said Allred. "We have taken a lot of precautions always using hand sanitizer and telling people how to be safe."

Menssen says that they're doing the play outside for social distancing reasons, adding that rain or shine, the production will continue.

"We are similar to activities. So, when the football players are on the field and the line, they are not being masked," she said. "So, when we are on-stage acting, we do not wear our masks."

Senior Asher Robinson told MTN News that performing outside is different compared to inside their normal black box theater. He explained that traditionally, the black box theater is performed in a round.

"It's a proscenium stage. So cheating out, I myself am not really used to," he said. "Because usually, it's all around, with people all around us."

Menssen says audience members are asked to stay in the groups they arrived in as well as bring their own chairs and blankets. Wednesday marks opening night and there will also be more performances on Thursday, Sept. 24, and Saturday, Sept. 26 beginning at 6:30 p.m.

Tickets must be purchased ahead of time as tickets will not be sold at the door. Photo Video Plus, located at 284 4th Ave W N, in Kalispell is selling tickets that are also available at the Glacier High School main office.