Reports say schools will not sell tickets to games 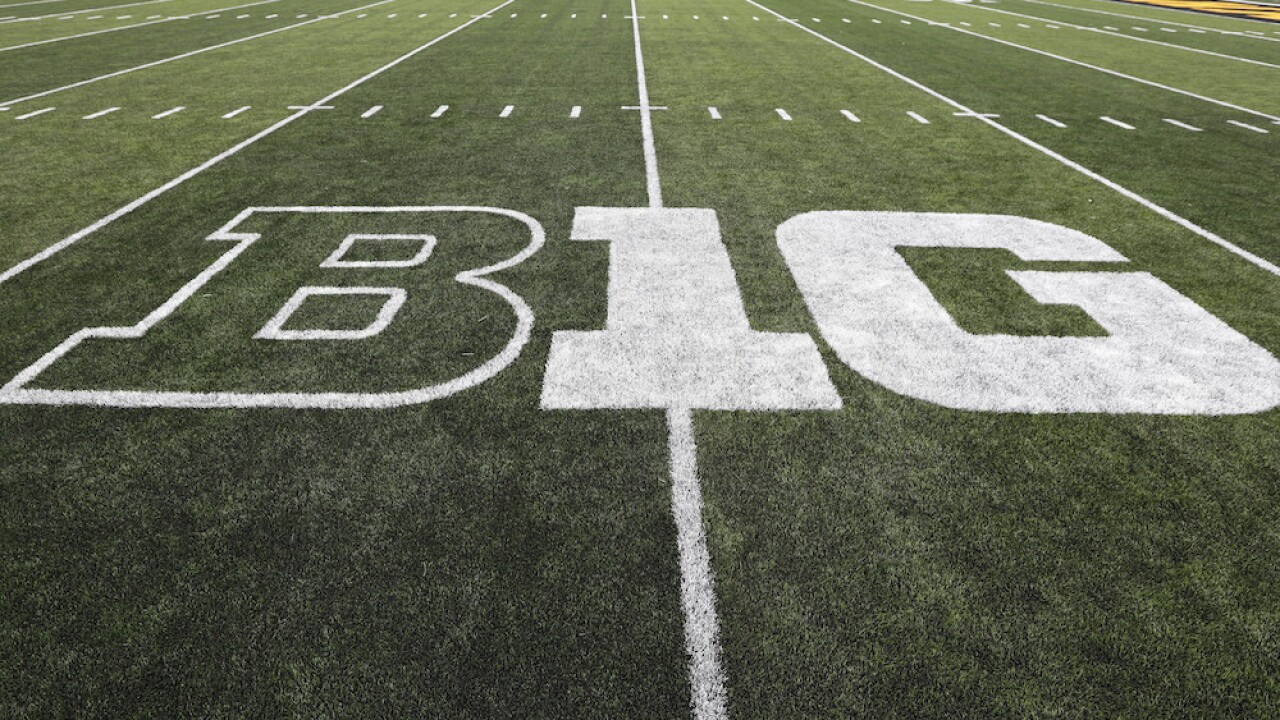 Copyright 2019 The Associated Press. All rights reserved
Charlie Neibergall/AP
The Big Ten logo is seen on the field before an NCAA college football game between Iowa and Miami of Ohio, Saturday, Aug. 31, 2019, in Iowa City, Iowa. (AP Photo/Charlie Neibergall)

The Big Ten announced Wednesday a plan to open a 2020 football season by late October.

In a statement released Wednesday, the conference said it plans to open its season by Oct. 23 and 24.

According to the conference's announcement, all players and coaches must test negative before stepping on the field for any practice or game.

If a player or coach tests positive with a rapid tests, they'll need to take a polymerase chain reaction (PCR) test to confirm a diagnosis of COVID-19.

Any player who tests positive for the virus after a PCR test won't be eligible to return to the field for 21 days and will need to undergo "comprehensive cardiac testing" before being cleared to play.

The conference also said that if the test positivity rate climbs too high among a team and the school population, teams will need to suspend football operations for seven days.

Wednesday's announcement only included a plan for the start of the football season. The conference said return plans for other fall and winter sports would be announced "shortly."

According to several reports, Penn State Athletic Director Sandy Barbour told reporters on a Zoom call that while schools will not sell tickets to the general public, schools would work to try and accomdate the families of players who'd like to attend games.

The Big Ten announced in August that it was postponing all fall sports amid the COVID-19 pandemic.

While several other smaller conferences also announced plans to cancel or postpone fall sports, the Big Ten and Pac-12 were the only "Power 5" conferences to delay the start of their seasons. Reports indicate that the Pac-12 is also exploring ways to start their season this fall.

President Donald Trump has publicly pressured the Big Ten to resume play amid the pandemic. The President even told reporters that he called conference commissioner Kevin Warren in an attempt to get the conference on the field.