Bozeman hangs on late at Missoula Sentinel for semifinal win 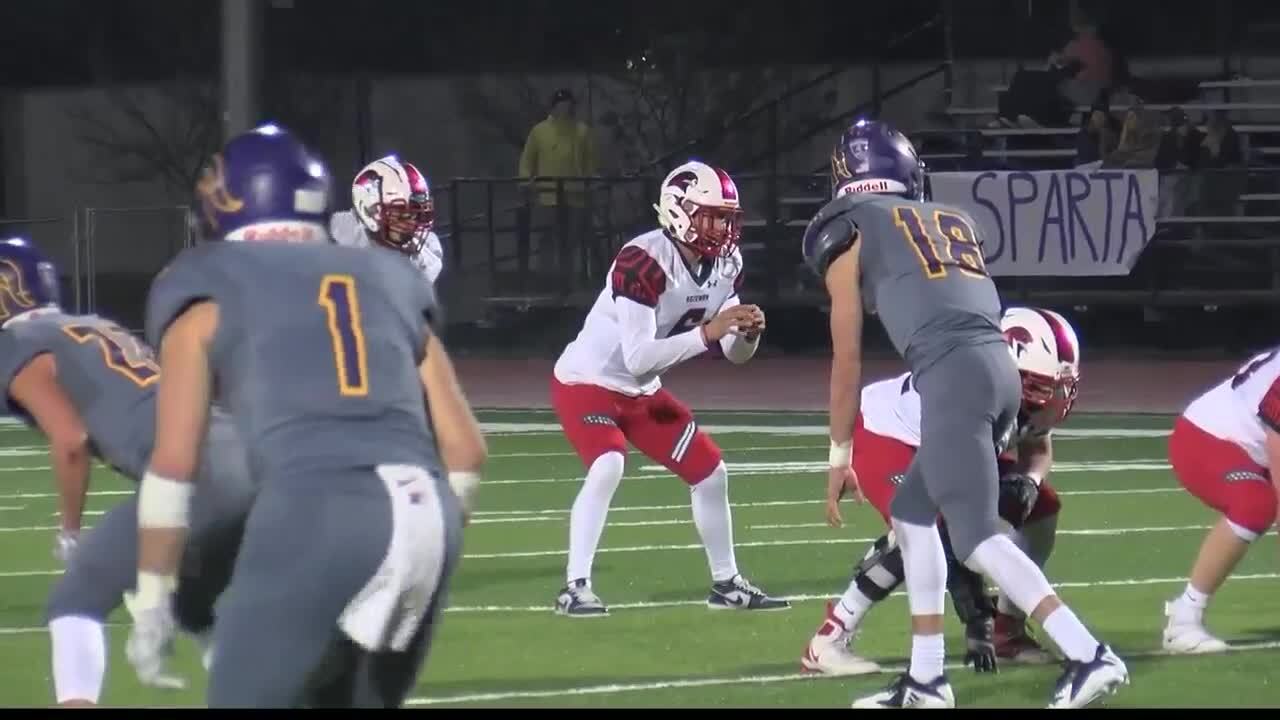 MISSOULA — Jake D'Agostino threw three touchdown passes and the Bozeman defense did just enough to propel the Hawks into the Class AA state football championship game with a 28-21 win over Missoula Sentinel on Friday at Missoula County Public Schools Stadium.

The win sends the Hawks back to the state championship game for the first time since they won it all back in 2015.

D'Agostino finished the game 9 for 15 for 172 yards, three touchdowns and one interception in the contest. Carter Ash ended with four catches for 109 yards and a score. D'Agostino added 68 yards on the ground as well.

D'Agostino first hit Ash for a 58-yard touchdown to give Bozeman a 7-0 lead to open the scoring with 13 seconds left in the first quarter.

Sentinel would respond with a long 14-play drive that took up 5:24 from the clock before Dayton Bay hit Zac Crews for an 8-yard score to make it 7-7 with 6:49 left in the first half.

The Hawks used a 12-play drive of their own to get the lead again thanks to a 1-yard touchdown by Asher Croy in the final two minutes of the first half. Then, as Sentinel was trying to work its way down the field quickly on the next drive, Ash picked off Bay and brought it back to Sentinel's 15-yard line. And on the next play, D'Agostino hit Brett Clark for the touchdown to send it into half 21-7 in favor of Bozeman.

"Our offense had a hard time these past couple of weeks putting a nice drive together and scoring so that just gave us a big confidence boost knowing that we could drive the ball," Croy said. "That was huge."

The Hawks struck quickly in the third quarter, needing just 2:25 to work their way down the field before D'Agostino connected with Logan Pailthrope for a 4-yard score in the third to balloon the lead to 21 points.

Sentinel found some life though after that. Using an 11-play, 77-yard drive, Jaxon Lee capped it off with a 3-yard score to bring the Spartans within two scores to light a spark under the Spartans.

Then, with Bozeman driving in Sentinel territory, the Hawks faced a third and long but Soren Syvrud snagged an interception at the 1-yard line to keep Bozeman out of the end zone. Bay and the Spartans put together a quick ensuing drive with Bay ultimately hitting TJ Rausch on the left sideline. Rausch made a tremendous catch in traffic and then broke away from the Bozeman defense for a 65-yard touchdown.

"They're resilient and tough-minded," Sentinel coach Dane Oliver said. "I talk about it all the time about why we coach football and it's about developing young men and I feel like these boys will look back on this experience at some time in their life and reflect back (on everything). Whether they win a game or not, you keep battling, you stay in the game and you find a way."

"It would've been really easy to roll over and that's not the kind of kids we have and I'm proud to be associated with this group of young men."

The Hawks again got back in Sentinel territory looking for the dagger. Going for it on fourth down, D'Agostino looked to the end zone for Ash who almost caught it in the back of the end zone, but he bobbled the ball as he was going out of bounds so it was ruled incomplete. That gave Sentinel the ball on its own 18-yard line with three minutes to play.

The Bozeman defense stood tall, though, forcing an incomplete pass on fourth-and-8 to get the ball back with 1:45 left. The Hawks then ran the clock out to punch their ticket to the state championship game.

"Hats off to them they played an unbelievable game," Bozeman coach Levi Wesche said. "They came back and really pushed us especially in the fourth quarter. I was glad that we were able to convert some first downs and move the ball when we had to.

"Our defense has been lights out all year long and I'm really glad that our offense was able to come in and step in and help aid them to a victory as well this week."

Bozeman finished with 396 total yards on offense while Sentinel had 312. Bay ended the game 25 for 35 for 251 yards and two touchdowns and one interception. Preston Jones had eight catches for 77 yards while Rausch ended with five receptions for 103 yards and the touchdown.

"That was one of the most satisfying wins of my career for sure," Croy, a Griz football commit who spent his previous three seasons at Huntley Project. "I personally never made it out of the second round so this win meant so much to me. Now we have a chance to go experience and potentially win a state championship and that means a lot to all of us."