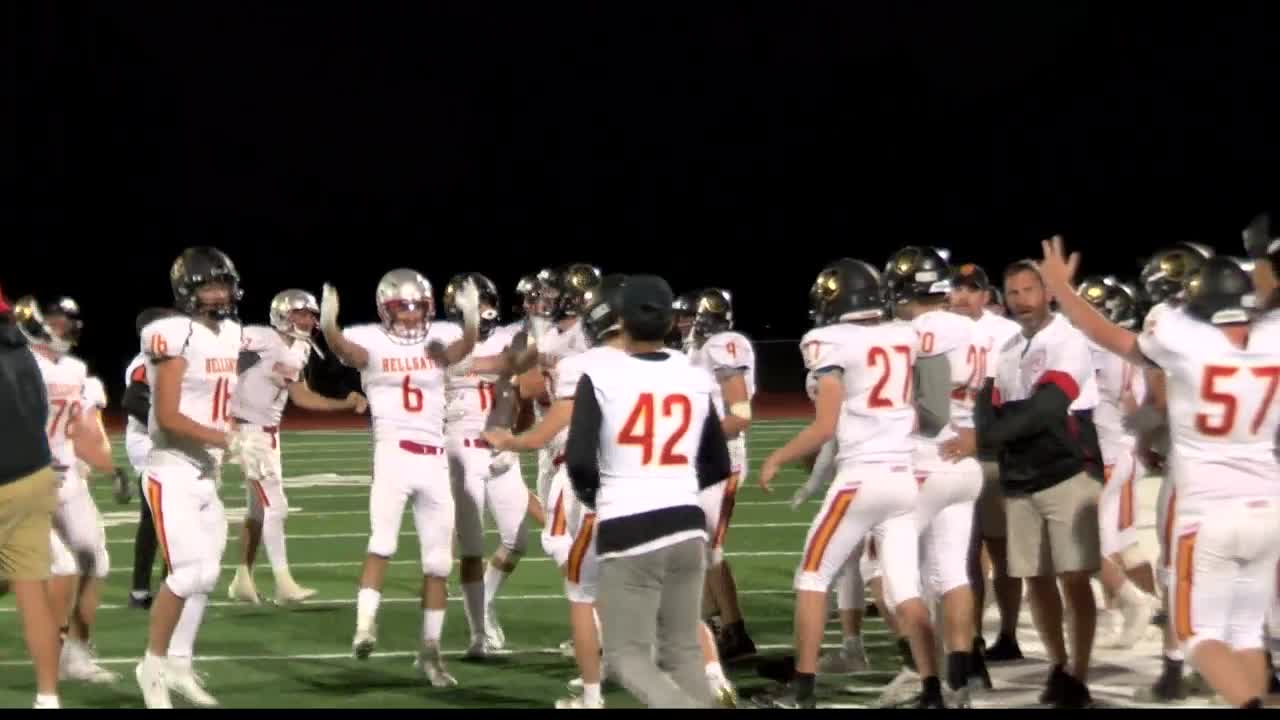 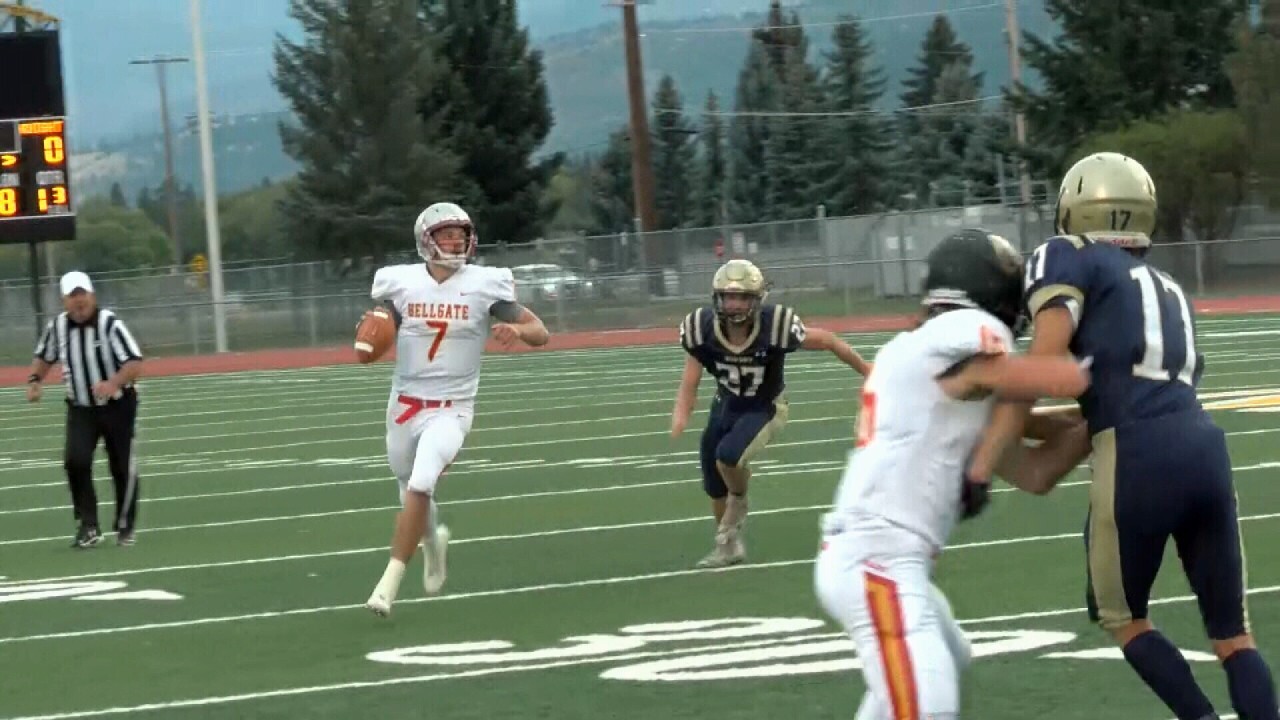 MISSOULA — The Hellgate Knights have been waiting for a start like this. The football program that has spent the past decade at the bottom of Class AA is suddenly red hot and looks like a threat.

Hellgate shut out Billings Skyview in its opener, 39-0. Then last Friday, the Knights jumped to a 28-0 lead on their way to a 35-21 win over Missoula Big Sky, the first crosstown victory for the Knights in eight years.

"A couple years ago I didn't know if we'd ever get to this point," admitted Mick Morris, who took over as head coach of the program four years ago. "So I'm pretty proud of our guys. We flew around. We played football. We were in this position last year where we had a lead at half (against Big Sky). We didn't finish. Came out (Friday) and we finished. Yeah, this one is definitely sweeter. I'd be lying if I said it wasn't."

"Last year we were in the same position, 21-7 at half," echoed senior tight end and defensive end Thomas Riley. "But we came out and we persevered. And it feels amazing."

Now Hellgate is 2-0 for the first time since 1995. But the guys who turned this program around don't want attention just for a few strong performances. They want to prove they belong with the best in the state. And physically, they look the part.

"Last couple years it was a lot of these same guys, quite honestly," said Morris. "And they've worked hard in the weight room and getting better athletes, and they've kind of got a chip on their shoulder. I'll be honest, I think they believed last year. Like I said, it's a veteran group. We bring back a lot of guys. And we're just enjoying it."

"We are a lot more physical," explained Riley. "That's my coach, coach Morris, he busts us to keep going hard and physical every single play. As we have been getting bigger throughout these years, this class is really bringing out what the Hellgate Knights are. We're coming out, this is our senior year, and we're making a name for what we've done."

Do-everything star quarterback/safety Rollie Worster led the way versus the Eagles with a touchdown pass, two touchdown runs and an interception returned for another score.

Hellgate will try to stay perfect on its Homecoming this Friday night versus the Kalispell Flathead Braves.