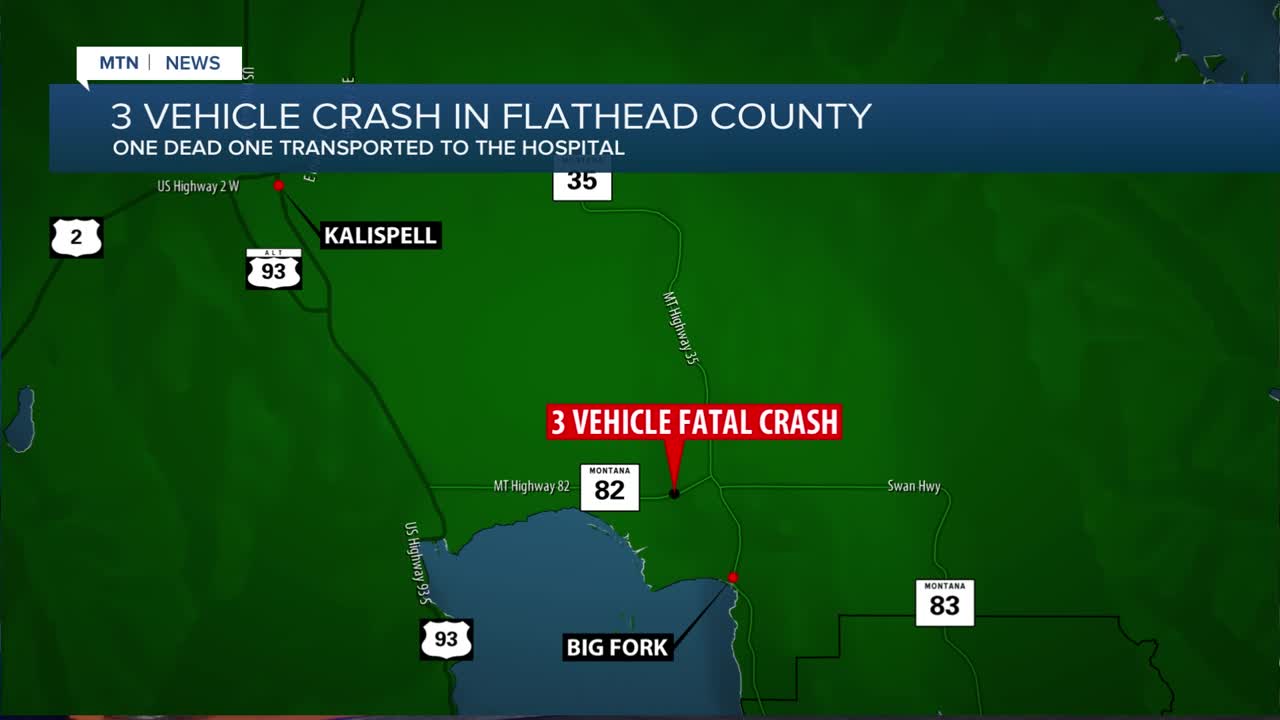 One woman is dead and another injured after a crash that involved three vehicles Saturday night near Bigfork. 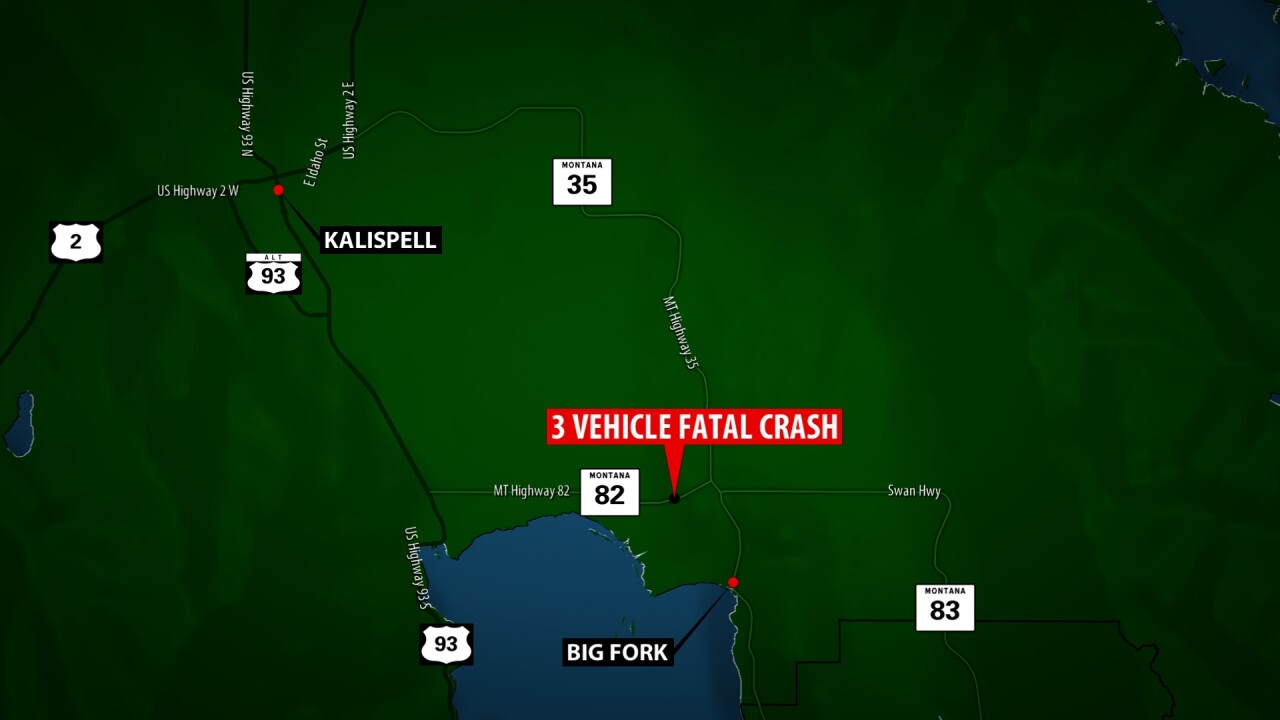 BIGFORK — One woman is dead and another injured after a crash that involved three vehicles Saturday night.

The incident occurred around 7:30 p/m. on Montana Highway 82 at mile marker 6 near Bigfork.

Montana Highway Patrol reports that an 80-year-old woman from Kalispell was driving her 2001 Mercedes Benz westbound across Sportsman’s Bridge when she crossed the center line and collided with a 2015 Nissan Rogue.

According to MHP, the driver of the Nissan Rogue was a 22-year-old female from Missoula. She was traveling with a 23-year-old passenger also from Missoula. The driver was taken to Kalispell Regional Medical Center for injuries.

Unable to avoid the wreck, a 2013 Volkswagen Passat also collided with the vehicles but the driver and passengers did not suffer any injuries.

Montana Highway Patrol says alcohol, drugs and speed were not factors in the crash, and each person involved was wearing a seatbelt.