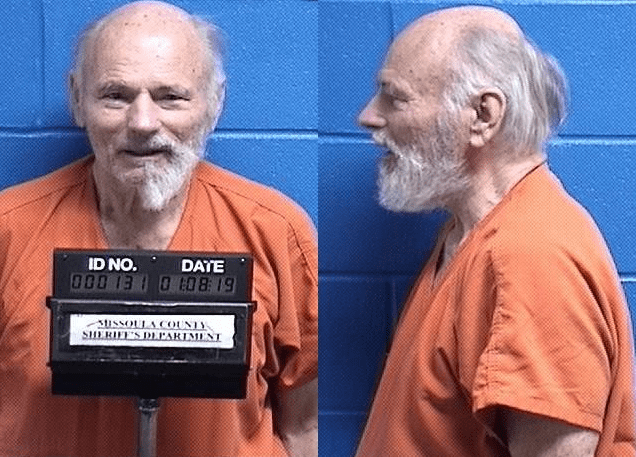 MISSOULA – A Missoula man is in jail for violating a protection order filed by a woman who said the defendant was going to kidnap her and “stick needles into” her.

Roderick Adolph Pahl, 79, is charged with one felony count of stalking.

According to court documents, on Dec.14, the woman identified as Jane Doe obtained an Order of Protection against the defendant in municipal court.

The underlying allegations in the Order of Protection detailed Pahl had threatened to hurt Doe in the past by kidnapping her and threatening to “stick needles into [Doe]”.

Doe indicated in the OP that Pahl’s actions had recently escalated, leaving the woman fearful that the defendant would actually follow through on these threats and cause her bodily harm.

On Dec. 23, Pahl left a letter in Doe’s mailbox, in violation of the OP.

In the letter, he told Doe he was the incarnation of two serial killers, Wayne Nance and Jeffery Dahmer, and told Doe that “nothing will protect you” and “you will never be safe anywhere.”

On Christmas Day, Pahl called Doe multiple times. He continued to call, a violation of the OP, even after she blocked his number.

Missoula Police spoke to Pahl who admitted to making the calls, but claimed he was unaware the OP was in place.

On Jan. 7, Pahl retrieved his vehicle from the Missoula Police Department. When speaking with the official, Pahl told him he was going to “kidnap” Doe and “poke her with needles.” The defendant also told the official that Doe “is the most evil person in the world.”

In court documents, Doe indicated to police that she was at her “wit’s end” regarding the Defendant and the stress of his threats was “killing her.”

Doe reported that she had lost weight since Pahl started threatening her, had trouble sleeping and described herself as a “basket case” knowing Pahl was out of custody and able to access her home.

Pahl is currently in the Missoula County Detention Facility.