Montana snowfall falling below normal for the year

BOZEMAN – Many have been talking about the lack of snow we’ve received this winter. Here’s what we’ve seen so far and what might be causing this dry spell

Judging by how dry the Bridgers are it’s obvious that we’re lacking a little bit of snowfall for this time of year, but the truth is we’re really not doing too bad.

We’re actually above average for the season at Bozeman Yellowstone International Airport in Belgrade by just over an inch. However, since meteorological winter started on December 1, we’re down nearly two and a half inches so far.

That’s because sinking air from recent high pressure has prevented strong winter storms from forming and has provided warmer weather that has melted away at the snowpack. 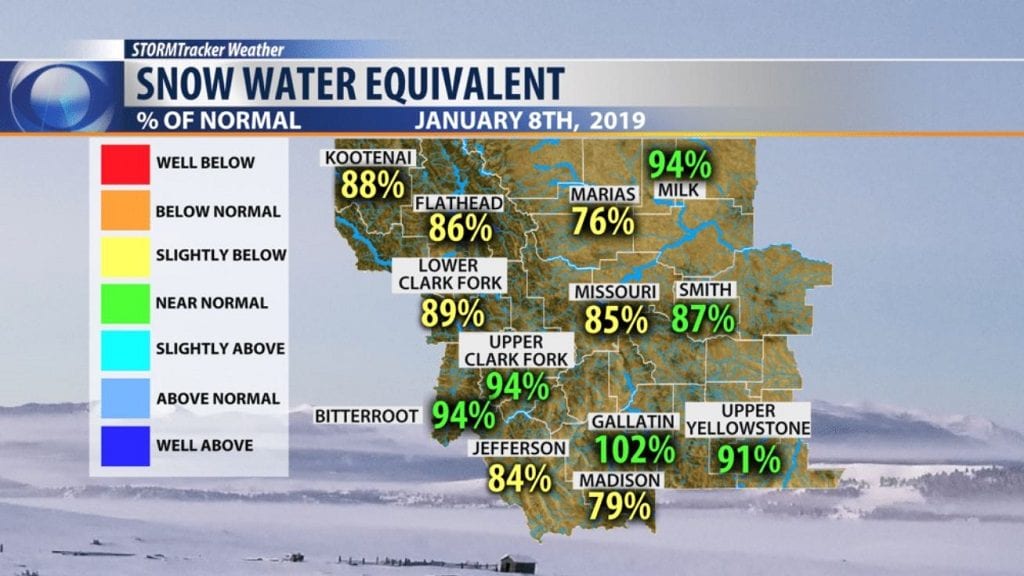 The recent dry spell is starting to show in the Snow Water Equivalent readings across Western Montana, or the percentage of water in our snowpack to where we should be at this time of year, where all of the region is below normal.

These readings aren’t uncommon for an El Nino year here in Montana, where the state usually sees a warmer and drier than normal winter. NOAA has confirmed that we are seeing an El Nino this year.

The good news is that we still have the rest of winter and most of the spring to make up for lost snowfall totals here in the mountains. However, if it remains dry, it could have serious implications on how severe our fire seasons going to be and also our water supply for the summer and fall months.