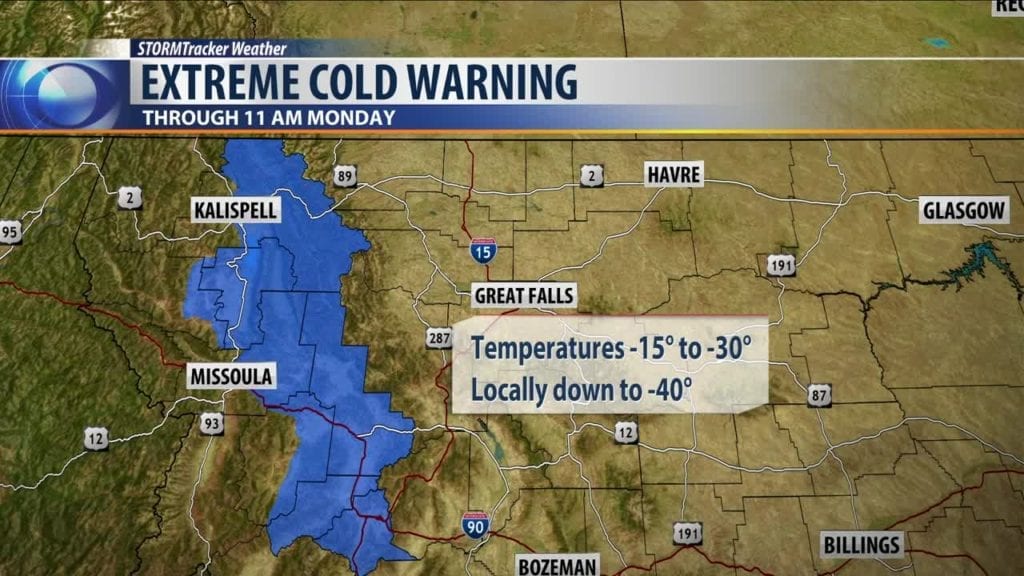 MISSOULA – An Extreme Cold Warning continues through 11 a.m. for the West Glacier, Butte/Blackfoot & Potomac and Seeley Lake Regions along with the Flathead and Mission valleys.

Meteorologist Erin Yost notes that this is just the second time this type of warning has been issued in the last 33 years.

Erin notes a record low of -37° was recorded Monday morning in Potomac. It’s also the all-time coldest minimum temp for the month of March since 1965. The previous record was -28° set back on 3.2.1976

Here are some other record low temps that were seen on Monday morning: