Slick roads Tuesday into Wednesday as temperatures drop below freezing 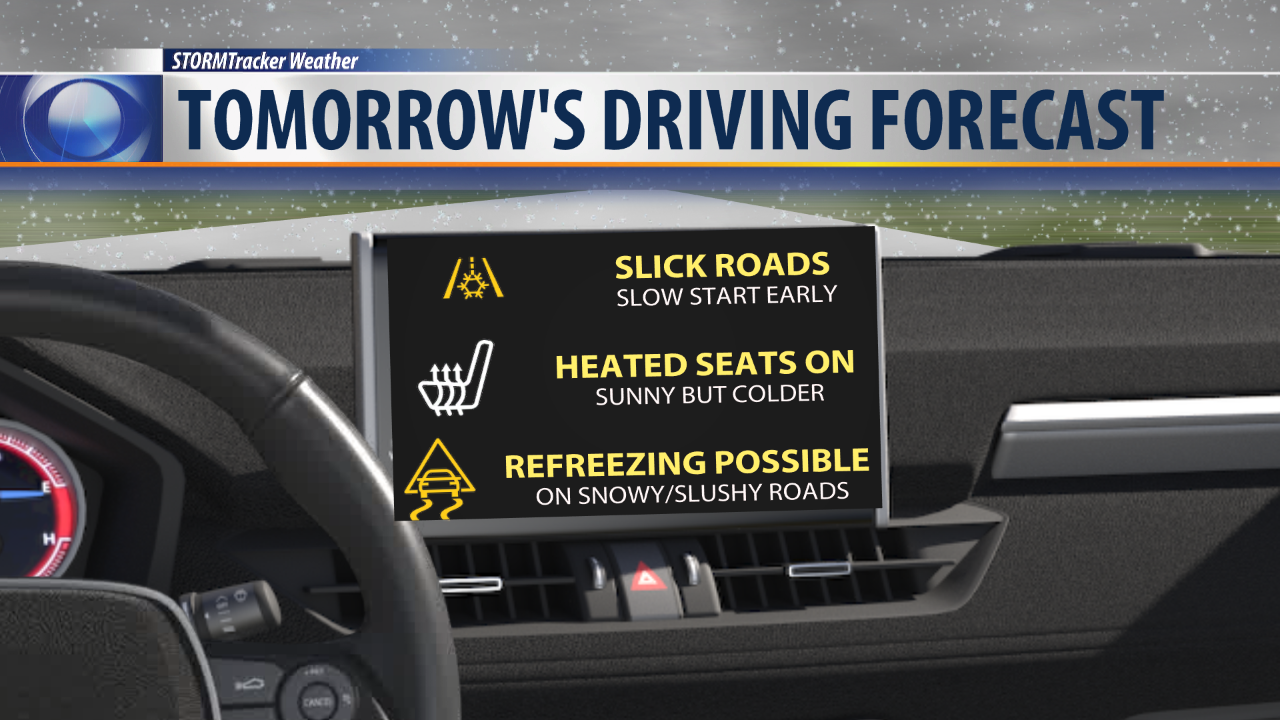 Temperatures will drop quickly after the sunsets.

Valleys will hit the freezing mark right around 10 PM tonight in the Northwest and around 3 AM Wednesday through Southwest and West-Central Montana.

There is still a chance of early morning snow showers in Missoula tomorrow, but snow accumulation will be minimal in valleys.

We are more concerned with roads becoming slick throughout the late-night hours of Tuesday and early morning hours of Wednesday.

Even if it isn’t snowing, roadways that accumulated rain throughout this afternoon will freeze quickly as lows hit the upper 20s and low 30s.

Take it slow for that early morning drive.

By Wednesday, highs will only top out in the upper 30s and low 40s.

Sunshine will break through the clouds later in the afternoon.

Expect a nice dry-out through the end of the week.

Temperatures take another drop Thursday with highs expected to be low 30s, but we remain dry.

By Friday and Saturday we are back to the low to mid 40s.

Our next storm system moves in Sunday.

This will be a better opportunity to see accumulation in valley floors.