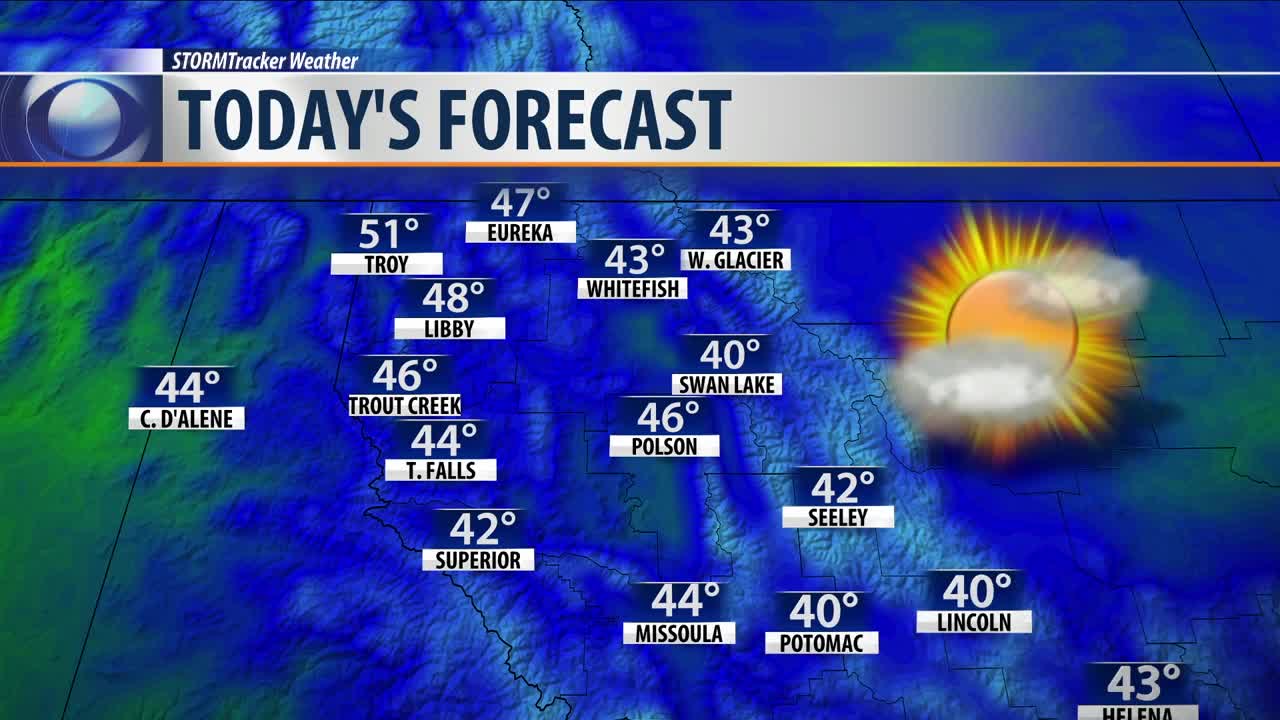 MISSOULA — Sunshine is expected Thursday morning across western Montana before clouds once again start building in this afternoon.

Another disturbance is expected to pass through during the afternoon, however, this will be much weaker than the one yesterday. Some mountain snow showers will be the main impact from this system while valleys just see an increase in clouds with maybe a few snow flurries.

A slightly stronger disturbance will bring cloudy skies and a better chance for mountain snow and valley rain/snow Friday and Saturday. Expect highs in the low to middle 40's Friday and upper 40's to low 50's Saturday.

A weak cold front is expected to pass through the region Sunday. This front won't do much to the temperatures as highs are still expected to reach the low 50's. However, it will bring more widespread shower activity with valleys seeing a rain/snow mix and mountains seeing light snow.

Scattered valley rain/snow showers and mountain snow will remain in the forecast through the middle of next week. Temperatures will slowly be on the rise as well with highs expected to top out in the low to upper 50's by next Wednesday.