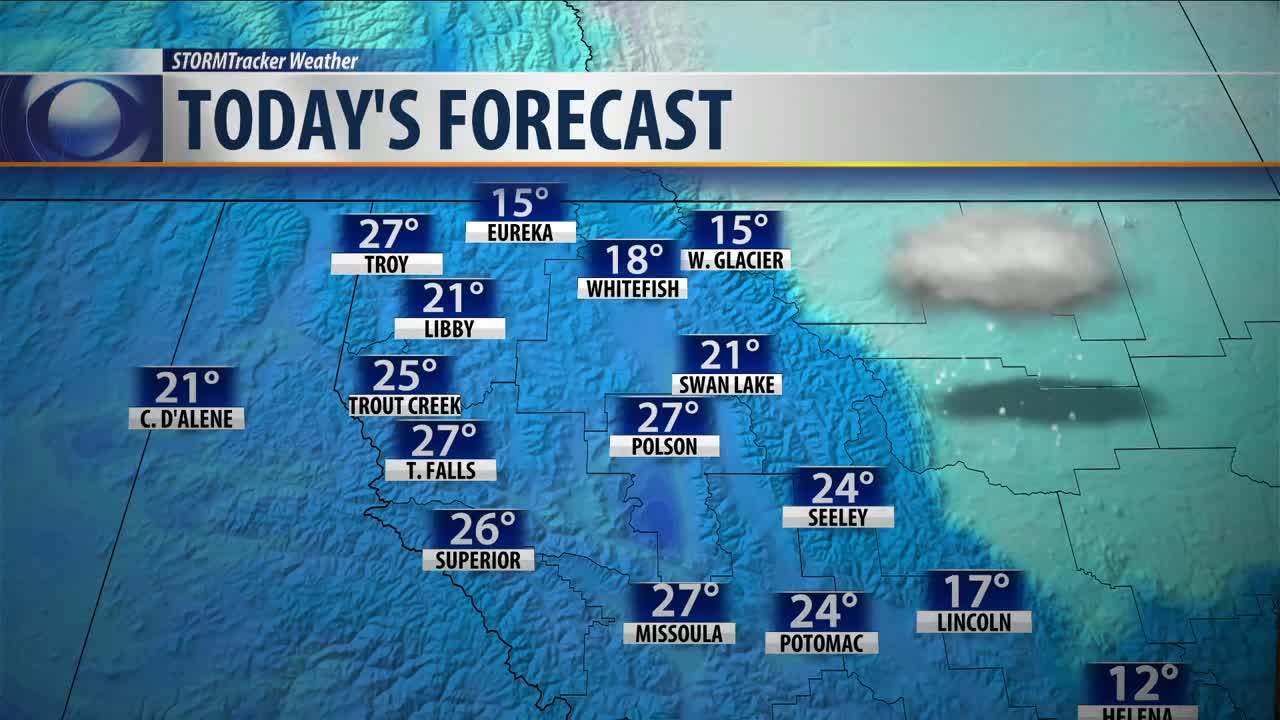 More snow and cold in store today for Western Montana. 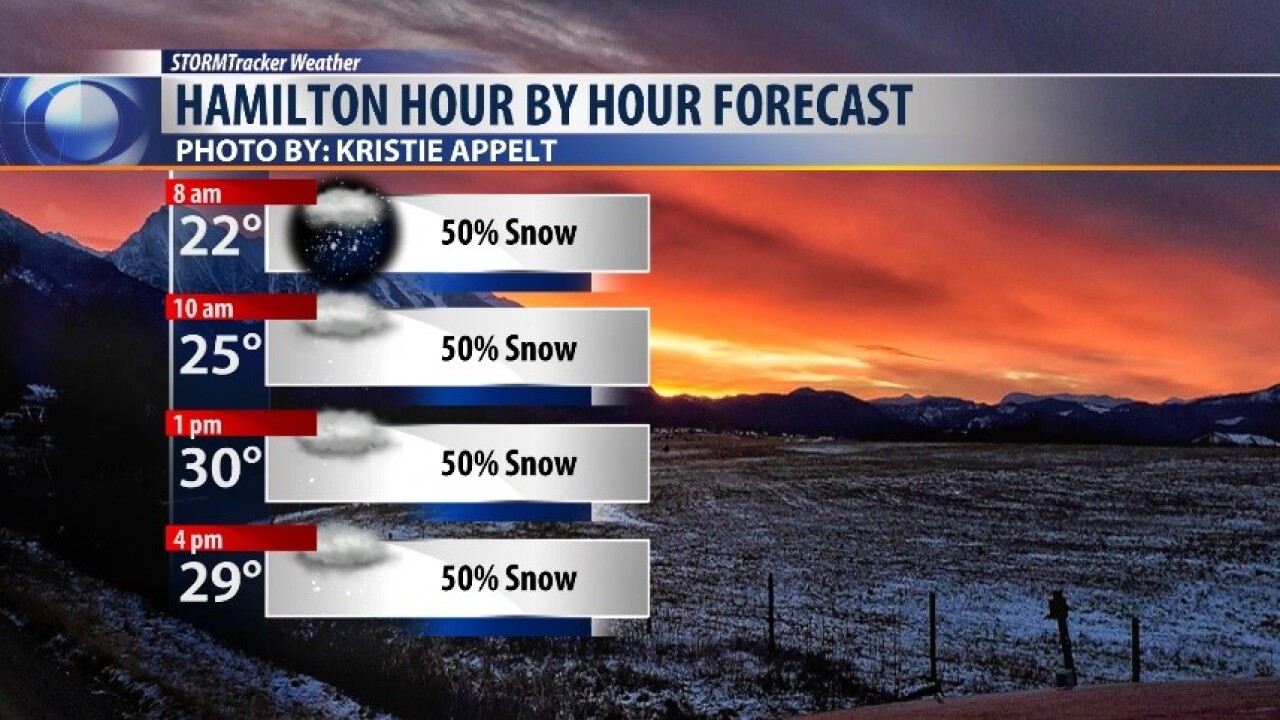 MISSOULA — A system will bring light snow to all of western Montana Tuesday. High temperatures will remain cold for the Flathead valley and West Glacier Region where highs today will top out in the teens. Everywhere else expect temperatures in the 20's to low 30's.

A weak ridge of high pressure builds over the northern Rockies Wednesday this will allow for more sunshine however, temperatures will remain cold as highs top out in the 20's.

Another series of weak storm systems will bring very light snow back to the forecast Thursday and Friday. Most widespread snow is expected in northwest Montana with very little accumulation expected. The mountains will have the best chance to see light snow accumulation during this time with only around 1"-to-4" expected.

For the weekend, a ridge of high pressure looks to form over the northern Rockies. Most of the region will remain dry under this ridge with the exception for some light snow to continue in the mountains. Temperatures will begin to warm this weekend with highs ranging from the low to upper 30's Saturday and middle 30's to low 40's Sunday.