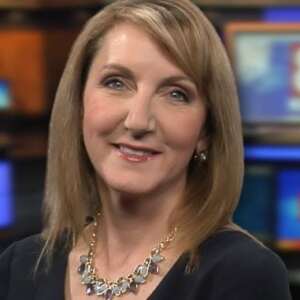 MISSOULA – Missoula County Sheriff’s Office Sergeant Gordon Schmill has a lifetime of law enforcement experience, and everything he did he did well, because he loved his job.

“Funny, everybody says oh, I did this to protect and serve and that’s really why I guess I did it. For the people,” Schmill said.

His 18-year career started by tagging along with his father on Missoula County Search and Rescue, a job he too eventually had. He became a volunteer firefighter, a detention officer, a Missoula Police officer and in 2007, a sheriff’s deputy. He’s a champion for Special Olympics and helps run the law enforcement camp for kids each summer. It’s a job where you never know what’s going to happen next.

He’s faced armed suspects and stand offs, served as coroner and has had a few close calls with inattentive drivers. He healed up on this one.

“To be honest, I thought I was Superman,” Schmill said.

But it was on Dec. 27 last year that his life changed forever. He was east of Missoula on Interstate 90 preparing to direct traffic after a crash on an icy and snowy road. He pulled over, flipped on his lights and did something he almost never does.

“For whatever reason, I looked in my rearview mirror and saw this car coming at me. Most times, I just open the door, go to the trunk of my car, pull out the flares and get them out, and if that happened, I wouldn’t be here.”

What he saw in that rearview mirror, an out-of-control car that slammed into the back of his patrol car at least 65 miles an hour. It’s still hard to talk about.

“I just braced-up, car hit and the next thing I know I was up against the mountain side looking at the car that hit me and i’m like, holy cow, I think she broke my neck.

But he made sure the other driver got help before him even though he was seriously injured.

The crash injured his spine. Sadly, his injuries compromised his ability to be a law enforcement officer. The job he loved his whole life slipped away in a second.

“You wonder, why me?’ sometimes. Why this happened to me, I was a newly-elected sergeant. I was only a sergeant for a little over a year and I fought, i don’t know, several years to get this position and to have that split second taken away from you. I don’t know yet, maybe there’s a higher calling, I don’t know.”

He made the decision to take a medical retirement, and in a final tribute to his years of service to Missoula County, Sept. 24 was end of watch.

“Thank you for giving me the opportunity to work with the best people in this department, anywhere in the county, anywhere in the world. God bless my brothers and sisters that wear the badge,”

Dispatcher Autum Eggers responds with “455, on behalf of your law enforcement family, dispatchers, all first responders and citizens of Missoula County, we thank you for 18 years of sacrifice, dedication and service to our community. Your brothers and sisters will take it from here.”

That was his fiancee, dispatcher Autumn Eggers, who had the honor of the final 10-10.

It might be end of watch for 455 out on patrol, but with a lifetime of experience behind him he believes teaching and training is what he can offer to the next generation of law enforcement.

Gordon and Autumn are getting married in the Spring.