MEDFORD, OR – Medford, Oregon police and the FBI are trying to figure out what’s happened to a missing 2-year old boy after his parents were involved in an apparent murder-suicide in the Flathead earlier this week.

Medford investigators say Daniel Salcideo and Hannah Janiak were reported missing in Oregon in mid-June. The couple has a child together, 2-year old Aiden Salcido.

Police say they have a record of the family buying camping equipment at a Walmart in Medford on June 3 and 4. Janiak was scheduled to report to jail on a burglary conviction a few days later.

The next trace of the couple comes two nights ago in the Flathead when the pair took off after a traffic stop by Kalispell Police.

Following a brief chase, police “spiked” their SUV’s tires and the pair pulled off the road. But when deputies approached, they found Janiak dead of a gunshot and Salcido dead of an apparent self-inflicted gunshot.

The SUV was apparently purchased in late June or early July in Central Point, Oregon.

But there’s no trace of the boy and investigators are “greatly concerned.” Anyone with information should call the authorities at (541) 774-2258 and reference case 19-10842.

You can also help by sharing this post, Aiden could be anywhere between Medford and Montana. 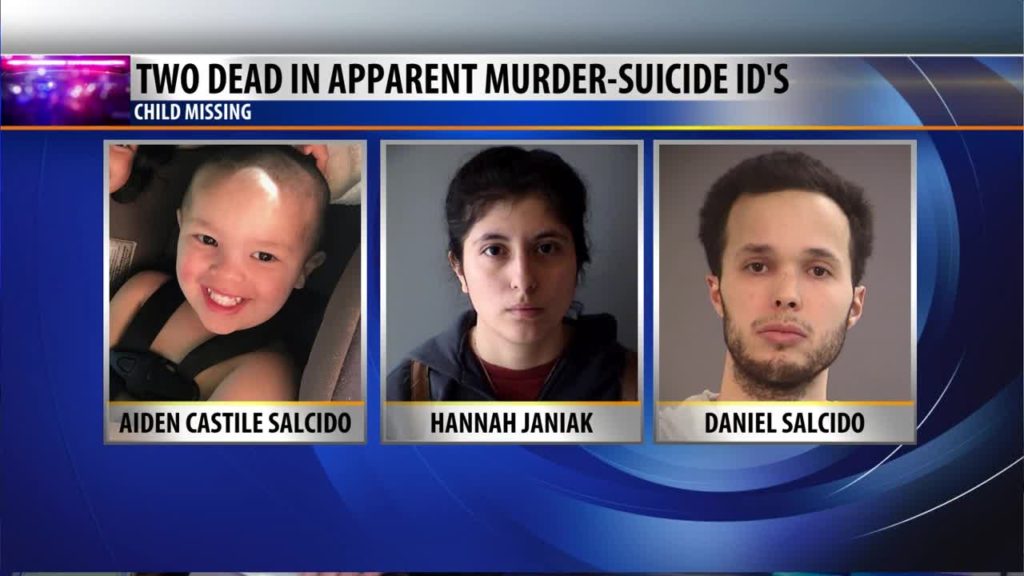