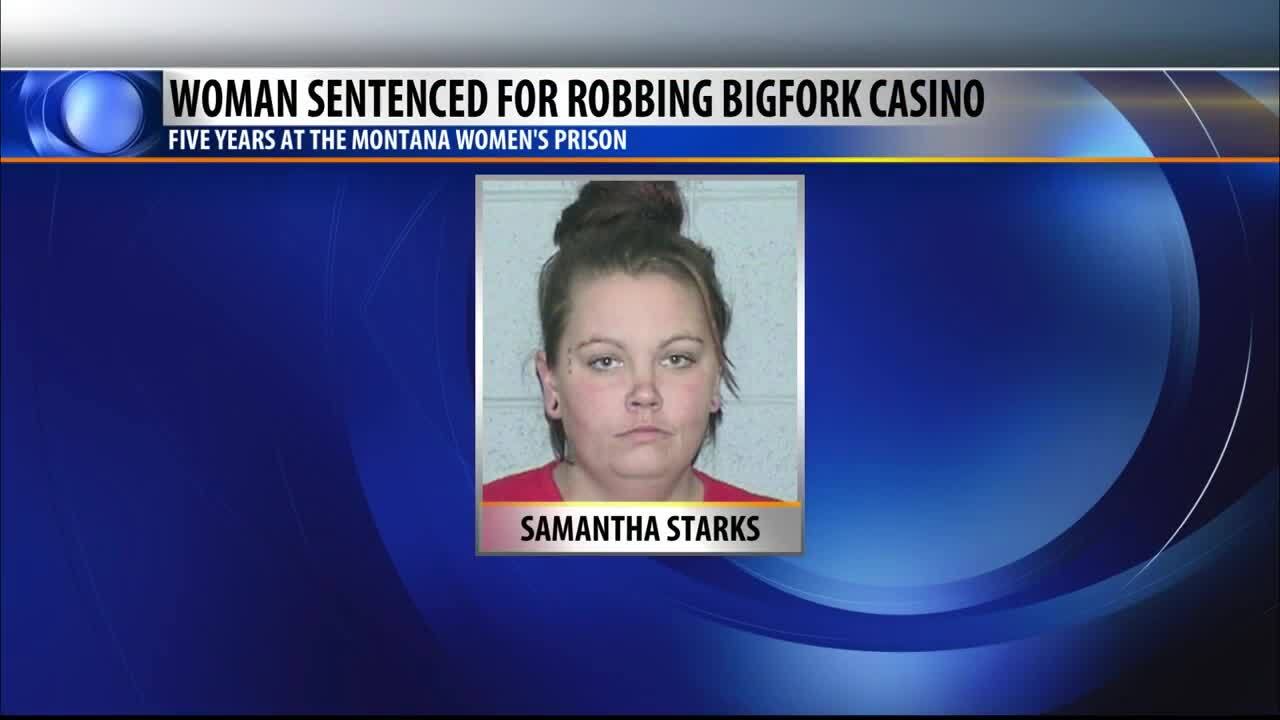 Mark Thorsell
Samantha Starks -- who was accused of robbing The Jackpot Casino in Bigfork in November of 2019 -- has been sentenced to five years at the Montana Women’s Prison.

KALISPELL — A woman accused of robbing The Jackpot Casino in Bigfork last November has been sentenced to five years at the Montana Women’s Prison in Billings.

Samantha Starks -- who was sentenced in Flathead County District Court on June 11 -- was also ordered to pay more than $5,000 in restitution to the casino.

Starks pleaded guilty to Felony Robbery by way of no contest on April 29.

No injuries were reported during the robbery, but Bigfork schools were forced to go into lockdown.