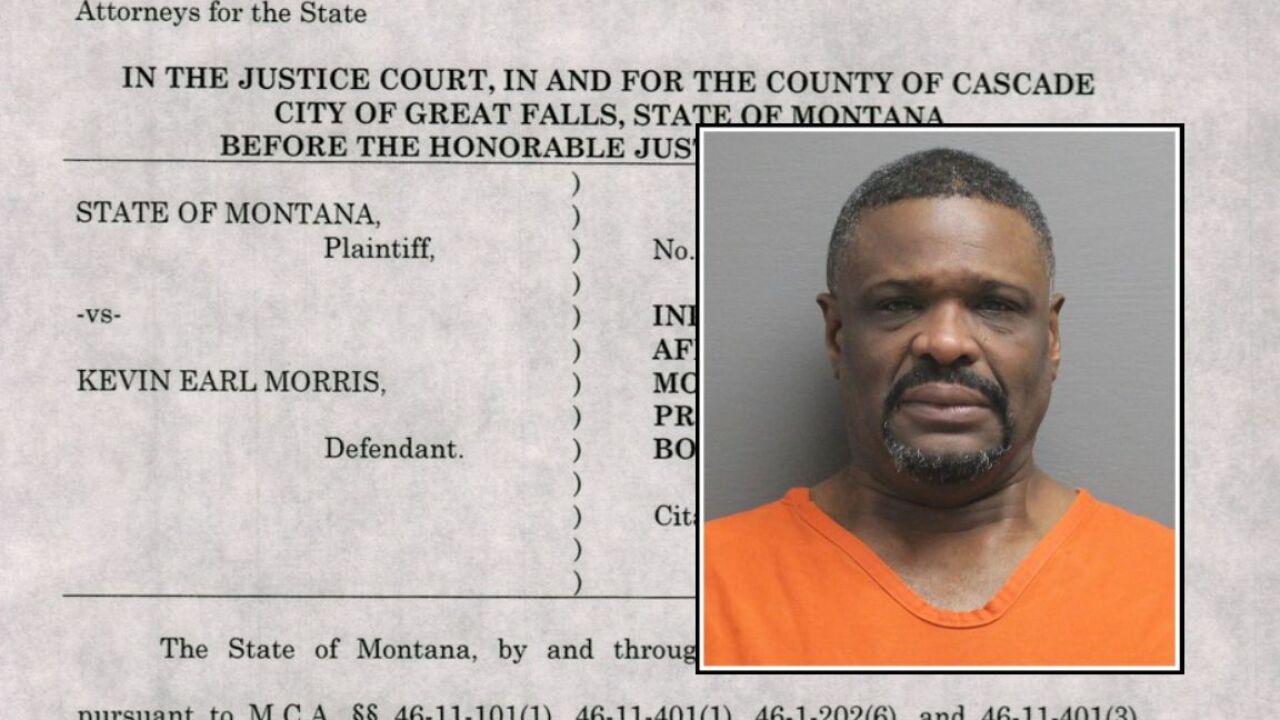 GREAT FALLS — A man has been charged with rape in Great Falls.

Court documents state that a woman went to Great Falls Police Department last week and claimed that Kevin Earl Morris had raped her.

The woman told police that she had been in Morris' room talking about work when he offered to rub her shoulders. She claimed they sat on the bed and Morris began to remove her clothing.

The woman reportedly said they shouldn't be doing this, to which Morris replied, "Then don't." She said that she tried to leave, at which point Morris pulled her pants off, pulled her onto the bed, and raped her.

She gave police a description of his clothing and the sheets and blankets on his bed, which were later collected as evidence. A sexual assault examination was also performed on her.

When police went to talk with Morris, he initially wouldn't answer the door until the investigator called his phone.

The probable cause affidavit states that he provided a similar explanation of what happened - up to the point of the alleged sexual assault, at which point he said that he was in a deep sleep and woke up to the woman sitting naked on top of him.

Detectives confirmed that the woman sent text messages to Morris following the alleged incident stating that she did not want to have sex with him. According to the affidavit, Morris directed her to delete the text messages between them.

The affidavit states that the woman "said the sex was unwanted and non-consensual."

Morris has been charged with one felony count of sexual intercourse without consent.

NOTE: The information above is from court documents and/or publicly available information filed in the case, and do not necessarily provide all of the information relevant to the case. Defendants are considered legally innocent until proven guilty in court.