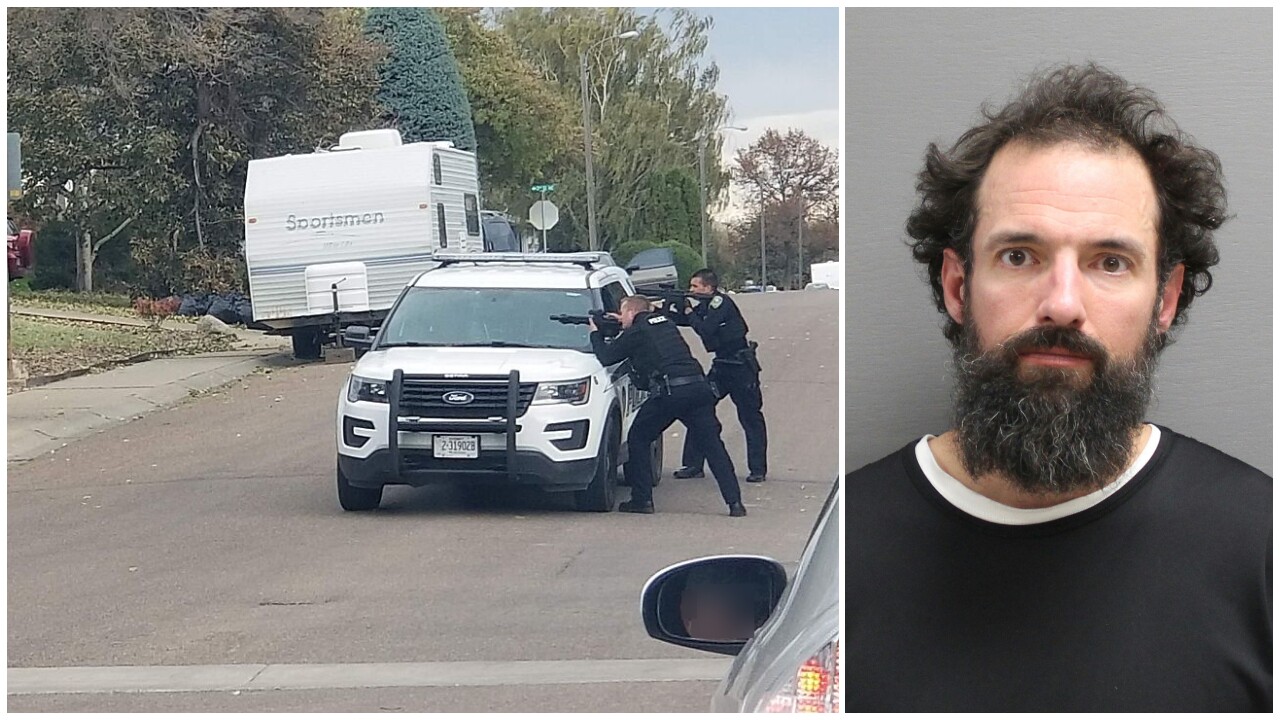 A man has been sentenced after engaging in an armed stand-off with law enforcement officers last year.

Benjamin Tucker Staples was sentenced by Judge Elizabeth Best on a count of felony intimidation to 10 years in the custody of the Montana Department of Public Health & Human Services (DPHHS), with eight of the years suspended.

While in custody, he will undergo a mental health evaluation.

The October 2019 incident happened at a house on Riverview Drive East in Great Falls; officers had their weapons drawn as they negotiated with the man inside, later identified as Staples.

At one point, they yelled at him to put his handgun down. Officers were able to get Staples to surrender peacefully in about an hour, and he was taken into custody.

There were no injuries to anyone inside the home or outside.

Staples had posted threatening messages on Facebook and on the KRTV Facebook page earlier in the day using the alias "John Smith."

Among the messages he posted:

Staples also posted a video to his "John Smith" page on Facebook. In the video, he says he has about an hour and 15 minutes, and that he is "suited up." He said he hopes that everyone has food and water, and then talks about "the Rapture" taking the wicked and the unprepared.

Staples also drew a lot of attention in March 2018 when he began camping out on the frozen Missouri River, spending three nights on the thin ice. While doing so, he also climbed up and across one of the bridges.

After he was taken into custody for that incident, he was charged with intimidation and criminal mischief because while undergoing an evaluation at Benefis Health System, Staples reportedly began yelling and cursing, and threatened to break the neck of anyone who entered the room.

Court documents state that he kicked open three locked doors and ran away. Once officers captured him, he reportedly threatened them, too, and began trying to kick out the windows of the police car.

Several months later, Staples again drew a response from emergency responders after people reported seeing him on the 10th Street Bridge and were worried that he may have been suicidal.