Charged with attempted deliberate homicide and assault with a weapon
Posted: 3:19 PM, Dec 12, 2019 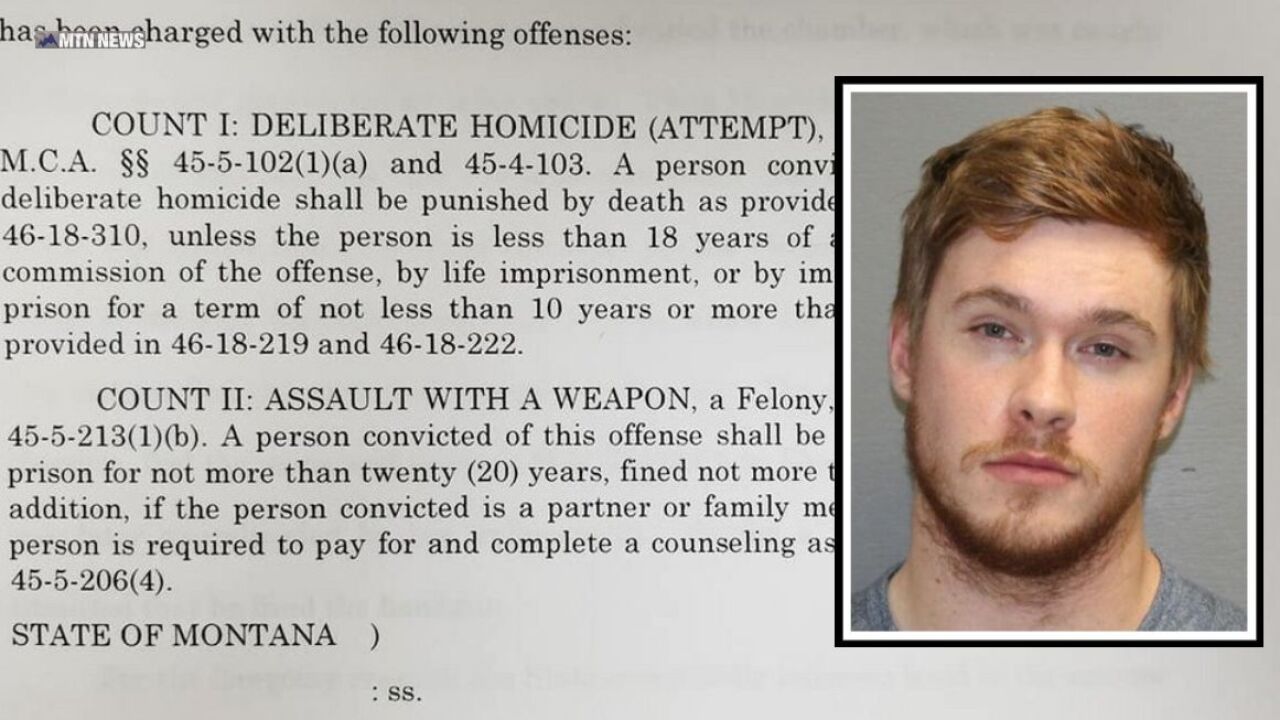 A man is facing criminal charges after he allegedly tried to shoot two people who were trying to prevent him from driving drunk.

The incident happened just after midnight on Dec. 12 outside the Driftwood Bar in Cascade. A Sheriff's deputy was sent to the location for a report of a possible shooting.

The two victims - identified in court documents by the pseudonyms John Doe and James Doe - told the deputy that they were trying to stop Rion Edward Marricle from driving due to his "high level of intoxication," resulting in an altercation.

The court documents say that, according to the two victims, Marricle then brandished a handgun and pointed it toward them and tried to fire it while it was pointed at one of their heads. The gun misfired, so Marricle loaded another round and tried to fire again, and the gun once again misfired.

Marricle then racked the gun a third time, and court documents say that a round exited the chamber, which was caught by Marricle, who then threw it to one of the victims. He then reportedly said, "The next one is in your head."

As the two men moved away, Marricle fired three rounds; none of them hit either man, who then ran ran away and back into the bar. Marricle then drove away along Sheep Creek Road, where he was soon found by officers and taken into custody. During a field interview, Marricle reportedly admitted that he had fired the gun.

Marricle has been charged with two felonies: attempted deliberate homicide, and assault with a weapon. Prosecutors requested that bail for Marricle be set at $250,000 due to the "extremely serious offenses charged," and also noted that he has a DUI conviction in Colorado.