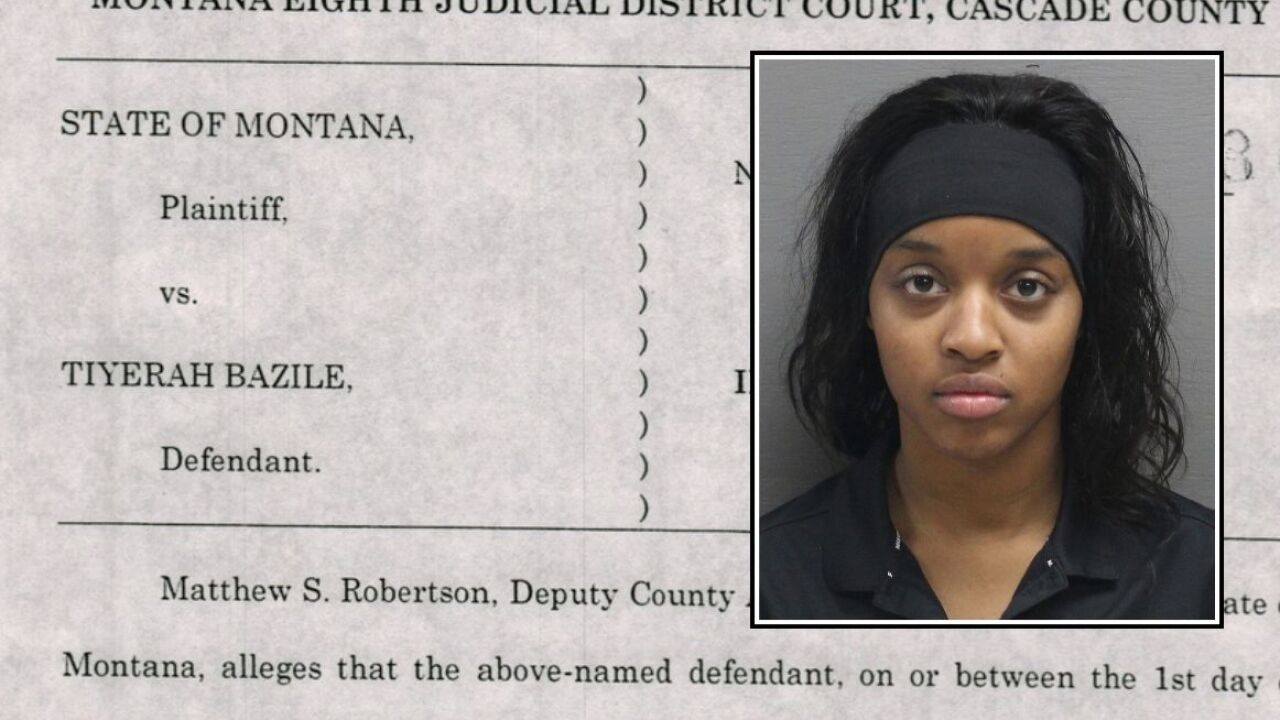 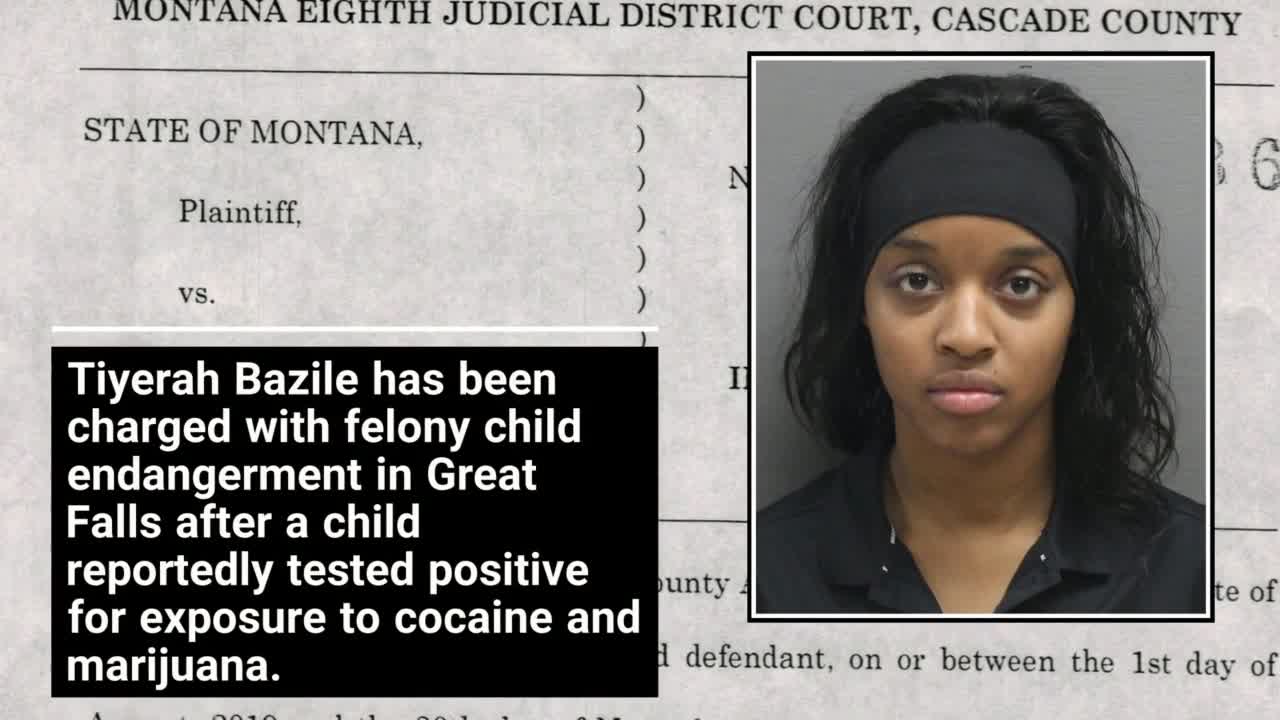 Tiyerah Bazile has been charged with felony child endangerment in Great Falls after a child reportedly tested positive for exposure to cocaine and marijuana.

Court documents state that a Great Falls police officer was assigned to investigate allegations that a child had tested positive for exposure to cocaine and marijuana, based on testing of a hair sample.

A child told police that the home had drugs in it that "will you cough and kill your brain." The child said that her mother and another adult had a clear glass bottle with a sphere at the bottom and a triangle on top which was kept on the nightstand which "they put in their mouths and start coughing."

The child said that a friend of her mother's drove to different houses and "gets weed and dollars," and she knows this because the friend took the child with him.

When Bazile was contacted by police about the hair sample test results, she declined to speak with the officer. The "friend" also declined to talk with the police.

Although court documents identify the friend, we have not yet seen court documents charging him in connection with this incident; we will update you if we get more information.

Bazile has been charged with one felony count of criminal child endangerment.

Woman charged after child tests positive for exposure to cocaine and marijuana
Copyright 2020 Scripps Media, Inc. All rights reserved. This material may not be published, broadcast, rewritten, or redistributed.