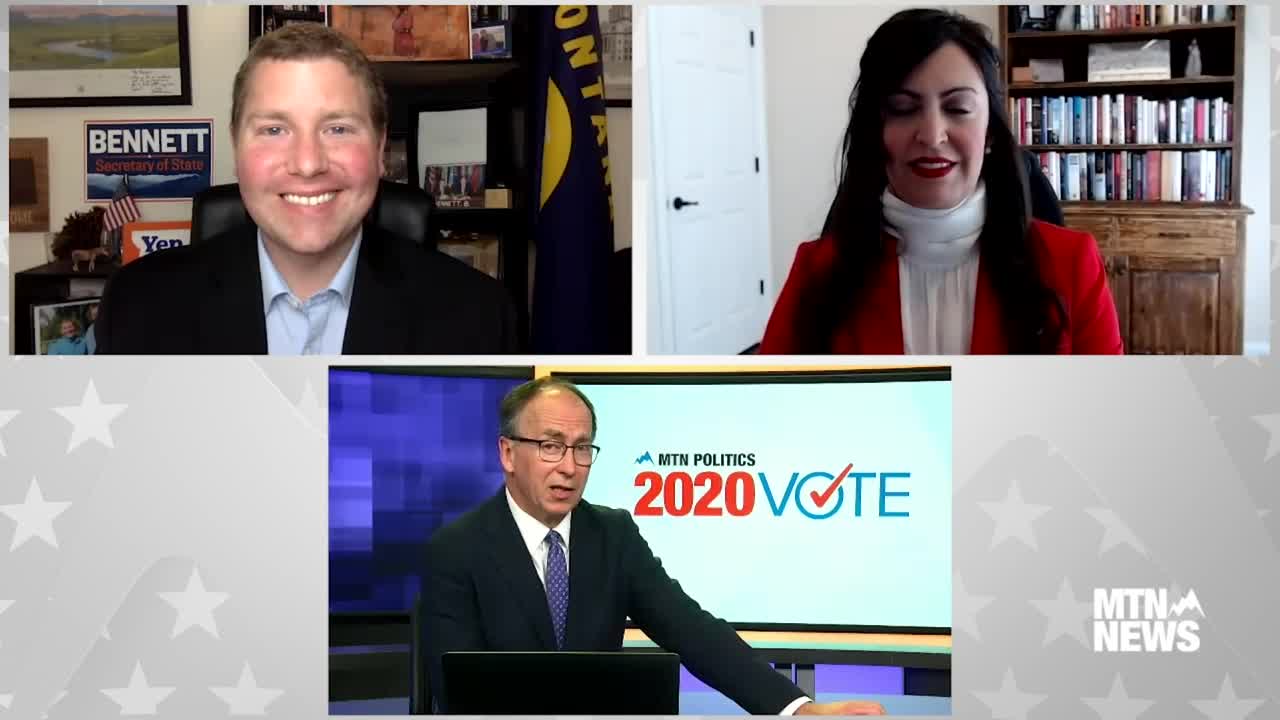 MISSOULA — The debate over conducting Montana's general election through the mail or at the polls isn't just being fought in the courts -- it's also emerging as a major point in the contest for the next Secretary of State.

Democrat Bryce Bennett and his Republican opponent, Christi Jacobsen, have been lobbing "shells" at one another from a distance all summer. But the showdown became more direct this week, as the pair squared off in a formal debate recorded for this weekend's "Face the State".

“I will continue to fight to allow people that want to vote in person have that ability, and the only voter suppression going on is from my opponent who's pushing for all mail ballots on reservations and trying to take away the right for people to vote in person," Jacobsen said. "We need to keep Montana Special and not turning it into California or Colorado."

“No Montanan should have to choose between their health and casting a ballot. But that's exactly what these DC partisan operatives want. They want to pull the rug out from underneath our county clerks and recorders who are working so hard to make sure that we have strong, secure elections," Bennett countered. "With less than 30 days left until Montanans start voting they're going to pull the rug out from these folks and make them throw out the plans that they've created to make sure the Montanans stay healthy.”

You can watch the debate for Secretary of State between Christi Jacobsen and Bryce Bennett this weekend during Face the State. Join MTN chief political reporter Mike Dennison Sunday morning at 9:30 on KPAX and KAJ, or watch now with our new streaming app for Roku, Apple TV, Fire TV and Android TV. Download your free copy today.

Face the State: The Race for Montana Secretary of State
Copyright 2020 Scripps Media, Inc. All rights reserved. This material may not be published, broadcast, rewritten, or redistributed.