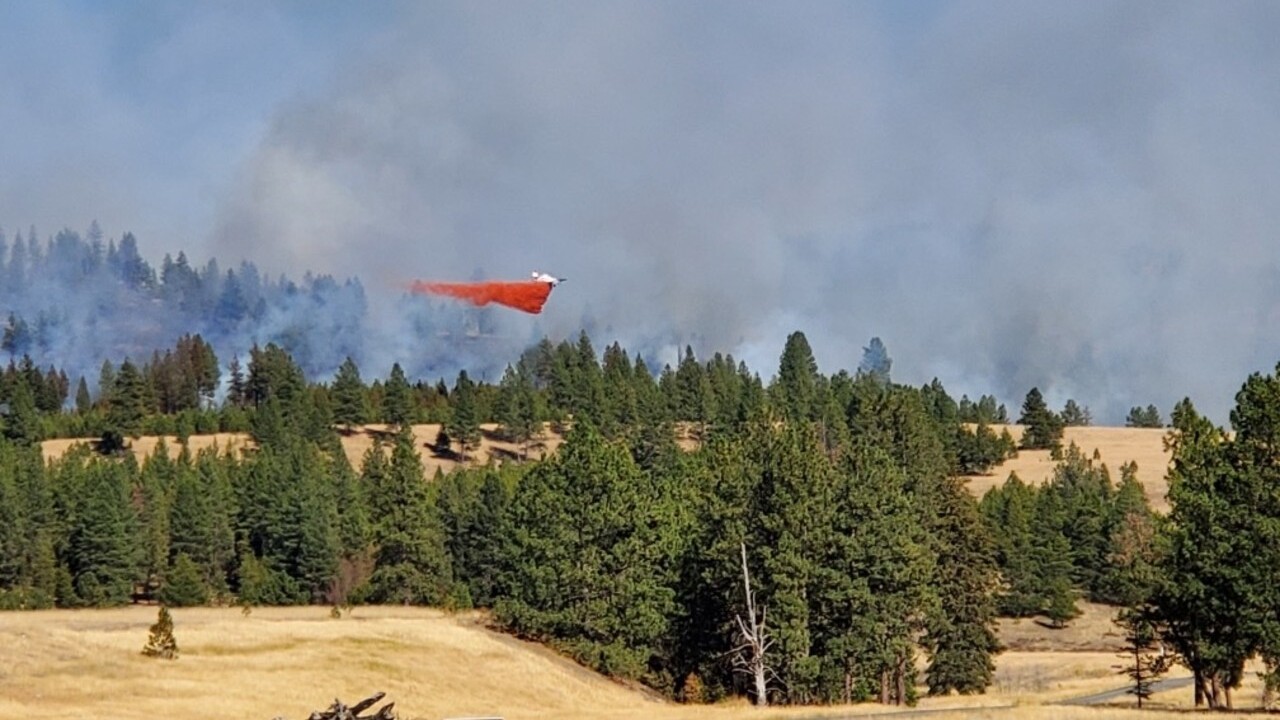 courtesy photo
Firefighters are battling a wildfire that's broken out north of the Lost Trail Wildlife Refuge northwest of Marion.

MARION — Firefighters are continuing to battle a wildfire that's broken out north of the Lost Trail Wildlife Refuge, approximately 10 miles northwest of Marion.

He says the blaze was reported at around 50 acres and that the Montana Department of Natural Resources and Conservation (DNRC) and the Marion Fire Department initially responded to the fire.

Chute says the DNRC continued to work the fire on Tuesday and that four single-engine tankers (SEATs) with retardant out of Ronan were brought in as well as seven smokejumpers.

A dozer line has been laid all the way around the fire and crews are continuing to work the fire on Wednesday.

Chute emphasized that people need to be aware that fire can start despite this colder weather, noting that frost on grass and brush will rapidly cure and create fine fuels for fire.

That, in turn, increases the amount of fuels in higher elevations and allows fires to move at a faster pace.