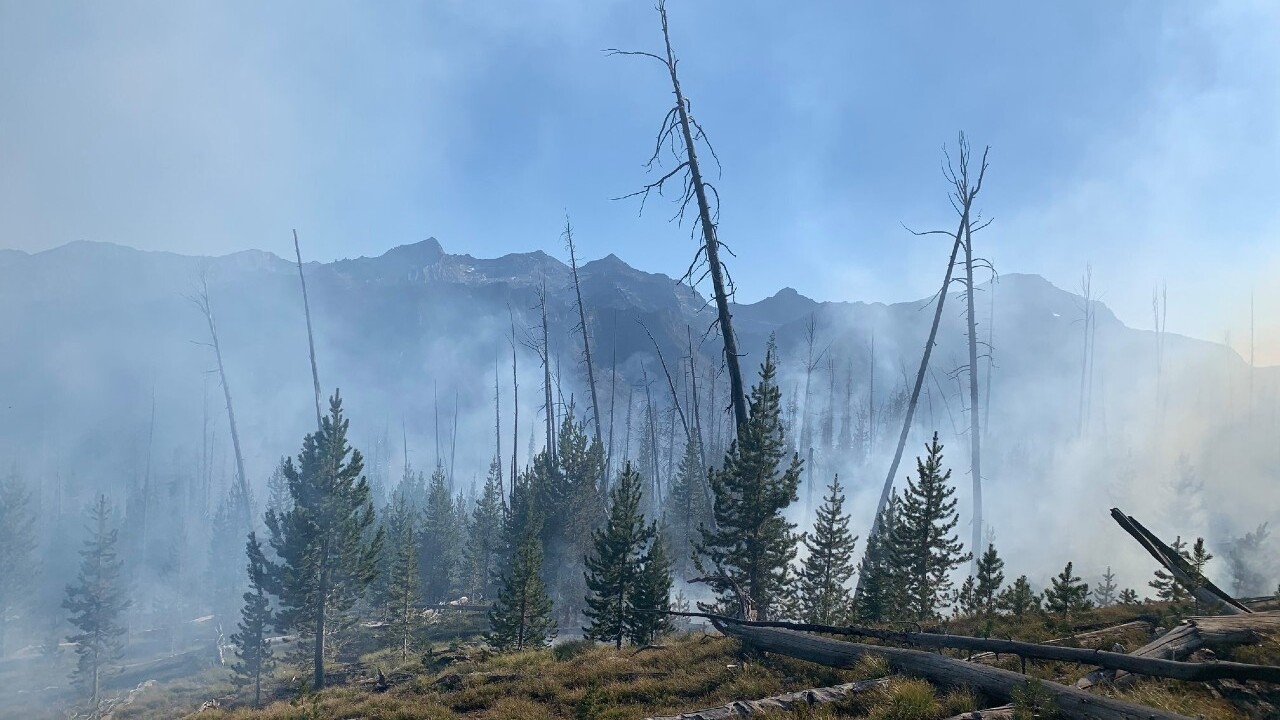 LAKE COMO — A wildfire that broke out near Lake Como on Saturday has grown slightly.

The fire is being managed by a local Type 3 Incident Command Team.

Fire managers report that was minimal growth seen on Sunday.

The Bitterroot Hotshot Crew established better access to the fire which included cutting out a trail and establishing a helispot.

The bottom of the fire is approximately a three-mile hike up the ridge from Lake Como.

Four helicopters continued water bucket drops on the fire on Sunday to keep the blaze in check while crews established better access.

The fire is burning in very rugged and inaccessible terrain, in heavy fuels (timber) with dead standing and downed trees.

Due to the remote location, crews will spike out on the fire over the next few nights.