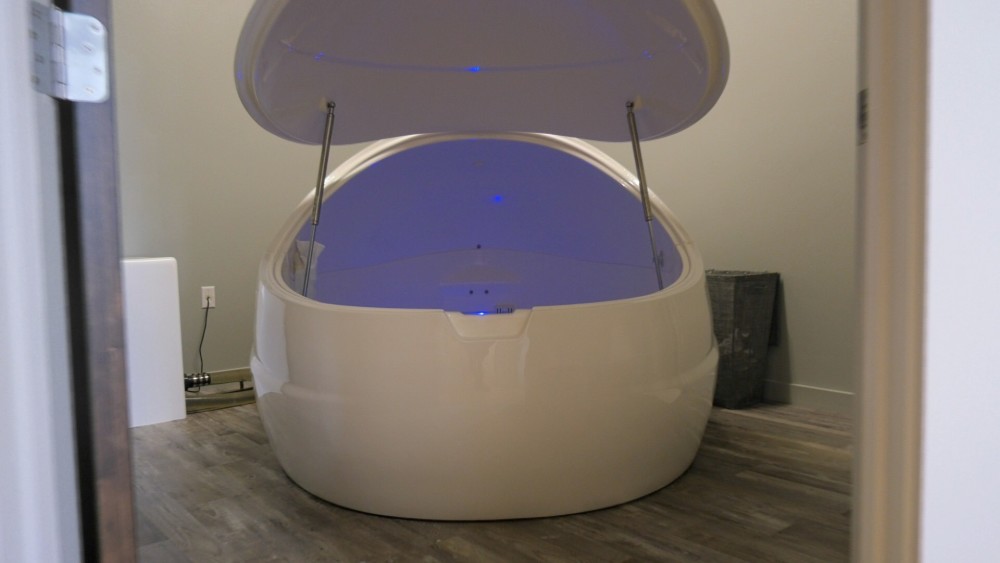 A different kind of therapy business is doing its part to return the favor to veterans by helping them.

For the men and women who fought to serve our country, stress and issues like PTSD are increasingly common countrywide. So at New Wave Float Therapy , one method involves pods and floating it all away.

For Wood and Breezy Cutler, making people feel better is their business — but for Veterans Day, they do something special.

“We closed down New Wave to be only open for vets and active service military," Wood says.

“It renders you five times more buoyant than you would be in regular sea water so you float with complete ease," Cutler says.

Using 160 gallons of water mixed with over 1,200 pounds of medical-grade magnesium sulfate, the pods close veterans off to the rest of the world for a while.

“You’re able to de-stress," Cutler says. "It helps with anxiety and, specifically, with regular floating...significant improvements with PTSD, which is amazing.”

Using the pods is fairly simple. The water is full of a specific kind of salt so the minute that you step into it and close yourself off into the pod, you immediately start feeling its effects.

“I think that there’s a lot of barriers for alternative therapies and so when we can do something like this when we offer it for free, for people who are truly in need, they are able to take advantage of it," Cutler says. "Then maybe see how they can incorporate it into their lives going forward.”

“It’s not something I ever would have tried," Resel says. "The rest of the world just kind of melts away and it’s super relaxing.”

And for him. a little gesture -- some time away from stress -- speaks volumes.

“Some gave everything," Resel says. "It’s really special when people do appreciate that and just a small little thank you goes a long ways.”

The folks at New Wave are planning on doing this again next year — and twice. Once on Memorial Day, and on Veteran’s Day.

According to Sylvia and Jessi Sparkman, free floats were offered to veterans, active duty military and their families for the full four days of the weekend. Zero Gravity plans to offer the free service to vets over Memorial Day weekend and Veterans Day weekend in the future.

They also offer a military and first responder discount every day, that also applies to immediate families and are partners with National Float it Forward Association which provides free floats to active military, veterans, first responders and their families year-round who register on the NFIFA website.

“We have four pods and an ADA accessible pool so up to 6 people can float simultaneously,” said Sparkman. “We also are the only float center in the region equipped to assist a wheelchair-bound individual in and out of the pool.”