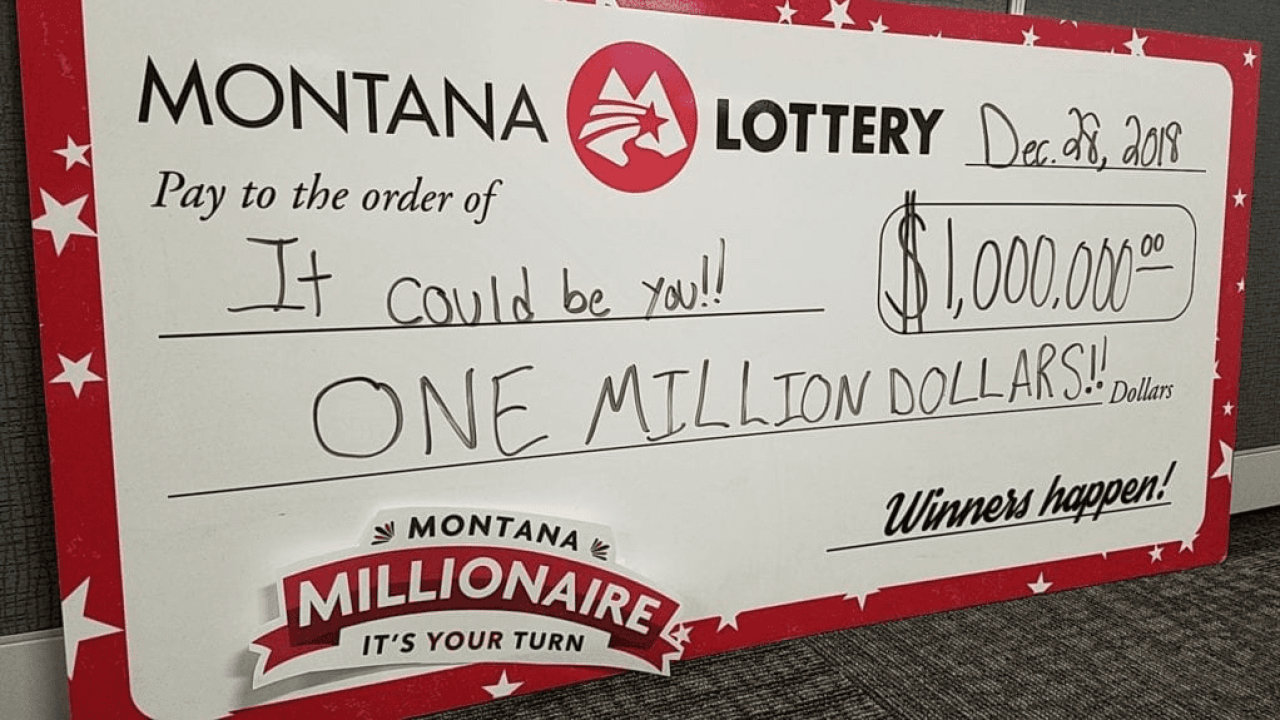 The lucky ticket is owned by Casey Petero who had a single Montana Millionaire ticket – a gift from her father-in-law.

When the Montana Lottery announced the winning Montana Millionaire number two days after Christmas, that ticket was sitting on Petero’s counter in Columbia Falls.

Petero, a training specialist and mother of four young children, saw the winning number that day when she was scrolling through her Facebook. It looked familiar.

“I called my husband at work and told him I think I just won the lottery,” Petero said last week when she was in Helena with her family claiming the top prize. “He hung up on me in disbelief!”

Petero claimed her prize on Monday, Dec. 30 – marking the 13th time the Montana Lottery has made a millionaire since launching the popular raffle game in 2007.

The winning ticket was purchased at Town Pump of Kalispell on U.S. Highway 2 East.

Petero said she plans to pay off the family’s home mortgage – and put the rest away for her children’s future.

When asked what she likes most about the Montana Lottery, Petero had an easy answer: “Winning the million dollars!”

The Montana Lottery was created by referendum in 1986. Since then, it has paid over $622 million in prizes and returned approximately $269 million to the State of Montana.