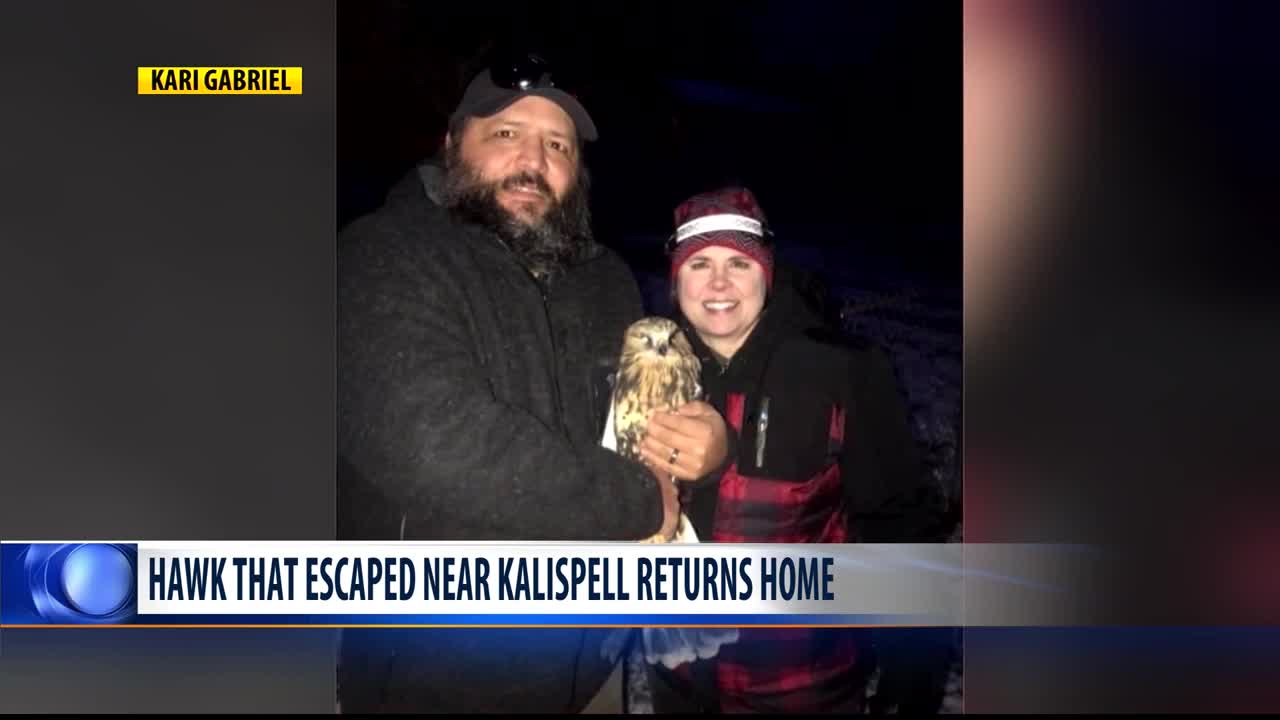 Hawkeye, the rough-legged hawk that escaped during last weekend's high winds in the Flathead, has returned home. 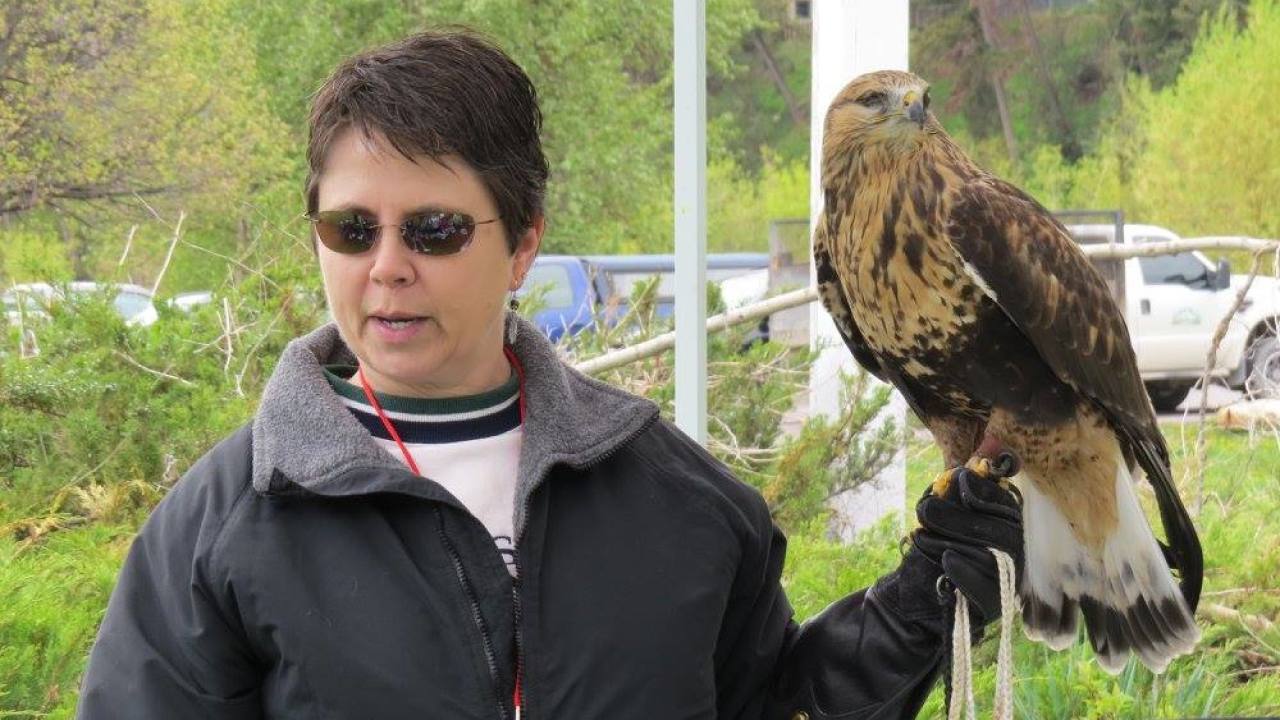 KALISPELL — A hawk that proved quite the escape artist and captivated people across northwest Montana is now once again safe and sound.

Kari Gabriel, a rehabilator and educator on raptors in Kalispell, wrote on Facebook Thursday night that Hawkeye, the rough-legged hawk that escaped during last weekend's high winds, has returned home.

Gabriel reports that with help from dozens of people, Hawkeye was spotted on Kalispells western side Thursday.

The bird was chased eight different times before she was captured with help from the Kalispell Fire Department and Montana Fish, Wildlife and Parks.

In her post, Gabriel thanked the "amazing community from the bottom of her heart" for their help.

Gabriel had rescued Hawkeye after she was hit by a car in 2014.